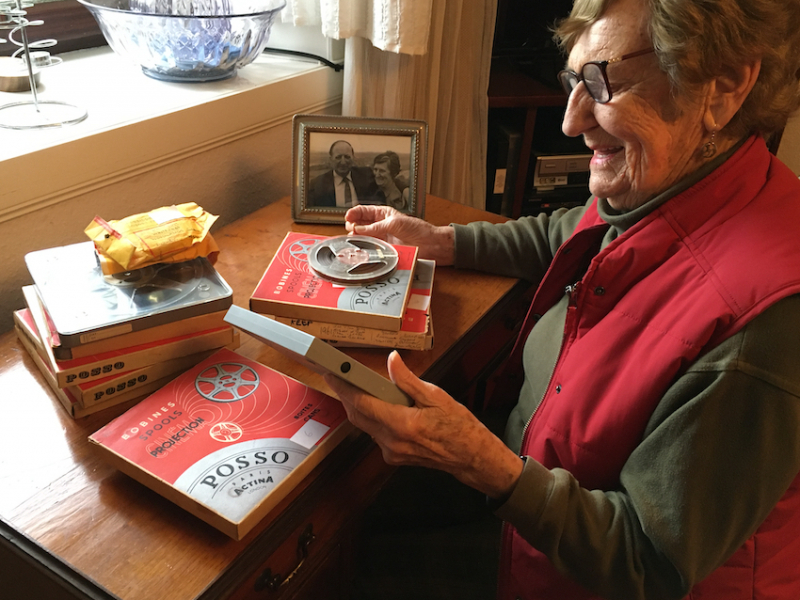 Race to save unique Isle record

A treasure trove of island history has been returned to the Isle of Berneray by a visitor who stayed in the islands every year for two decades.

Now UistFilm at Taigh Chearsabagh in North Uist has launched a GoFundMe page to raise the funds needed for a huge digitisation project, aimed at creating a permanent archive of Berneray in moving images.

Bill Scott and his wife Anne visited Berneray from Hawick in the Scottish Borders and later from their home in Disley, Lancashire, every year throughout the 1960s and 70s.

Bill’s camera was always with him, but nobody in Berneray had seen the images he captured on over 4,500 feet of Super8 film.

Now all the films have been gifted to Gloria MacKillop who, with her husband the well-known crofter Donald Alick ‘Splash’ MacKillop, became firm friends with Bill and Anne over the years. 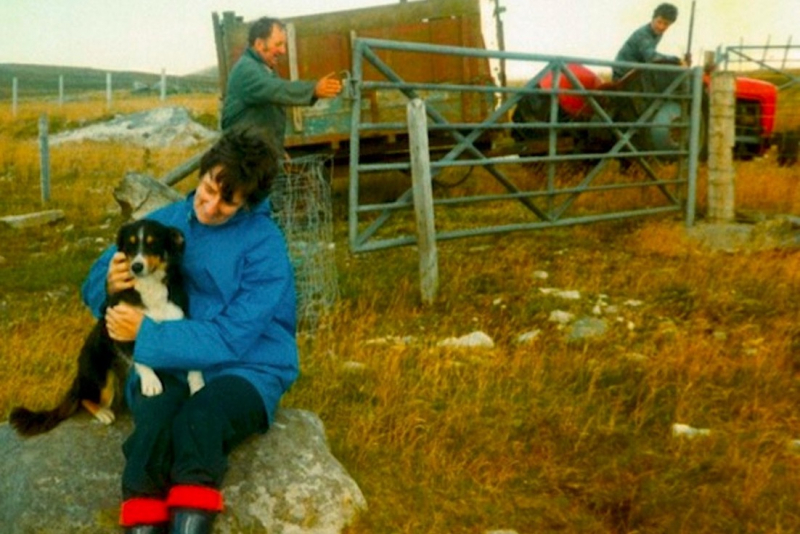 Gloria said: “Bill and Anne started coming to Berneray in the early 1960s, staying with various people around the island.

“Bill was a family friend and I was aware that he was around the islands every year, capturing film of faces and scenes of everyday island life.

“But I didn’t know that he had filmed our wedding until I had passed all these films on to UistFilm and they got in touch saying ‘One of these films has a label on, saying that it’s your wedding!’”

Gloria and Splash’s wedding at Lochmaddy in 1968 is just one of the gems on the films, but most of the content will remain a mystery until the footage is digitised.

UistFilm director Andy Mackinnon said: “From what’s written on the labels we think the films include Bill’s travel to the islands and lots of footage of Berneray life, but we won’t know until the project is complete.

“I am keen that the film doesn’t get projected as that puts it at risk of damage before we can get it safely archived as digital film, so we can only guess at the content.

“The film of Gloria and Splash’s wedding has never been seen, so that will be intensely personal to Gloria, but we expect many of the images to stir memories for islanders.”

Andy intends to commission a specialist company to convert the reels to digitised material once the funding is raised, as part of an ambitious wider project to create a huge archive of film from days gone by.

He’s launched an appeal to raise the £5,000 needed at : https://www.gofundme.com/f/berneray-super8-collection-1960-76 but donations have slowed down with the fund at less than 25% of its target.

Faodail/Found already has a 30-minute sequence of films showing life in North Uist, Stornoway and Lewis, taken by Annie Macdonald in the 1970s and 80s.

That film was digitised following a similar appeal in December 2018, after which Annie’s films were shown at An Lanntair and round the islands.

Andy said: “At the public screenings we collected a lot of information from the people in the audience about the people and places in the films.

“Our longer-term plan is to digitise as much footage of the Outer Hebrides as possible and to make it available online and in heritage venues across the islands.”

The picture shows Gloria MacKillop (foreground) with Tess the dog and her husband Donald Alick ‘Splash’ and, driving the tractor, ferry skipper Kenny Morrison, in Berneray in the 1970s (Gloria MacKillop).