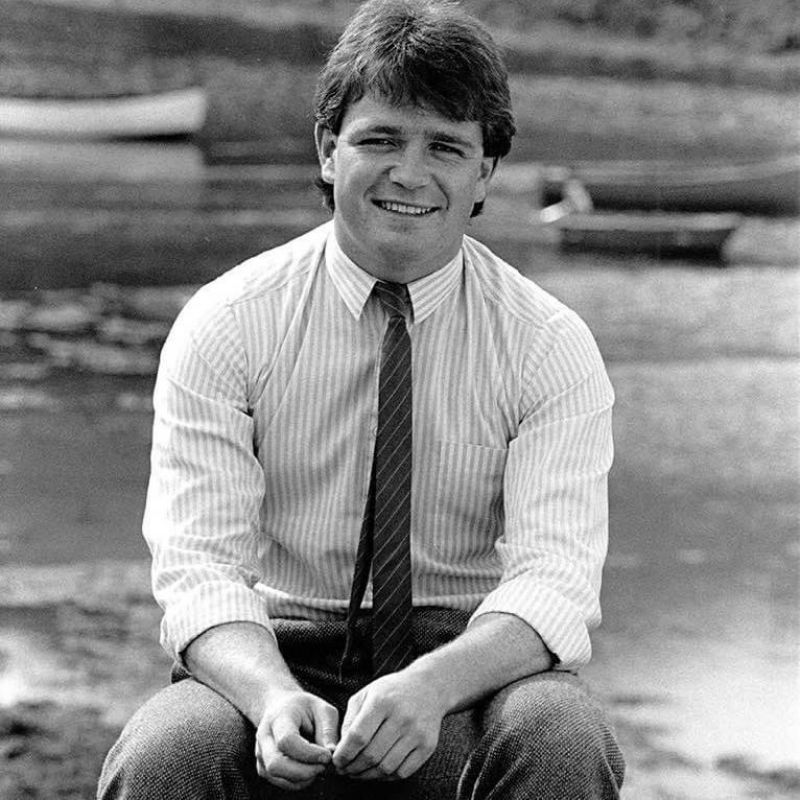 This is an edited version of a tribute by Bernard Ponsonby published on the STV website, Friday December 25, 2020.

The family and friends of Donald John MacDonald, who died yesterday at the age of 60, have been left utterly bereft by his sudden passing and his friends and colleagues at STV heartbroken that the soothing presence of an empathetic boss and the sound judgement of a talented journalist is no more.

There are occasions when words can’t be found. Shock has a habit of strangling articulacy as well as an ability to rationalise. This is one such occasion.

STV News Presenter Norman MacLeod said: “He was a loyal friend, mentor and respected colleague for over 30 years. He lived for his work and enjoyed nothing more than getting his teeth into a good story on a daily basis.”

For 36 years,  DJ – as he was near-universally and affectionately known – was the granite anchor of news and current affairs coverage in the North East of Scotland.
News Producer David McKeith said: “Donald John was a journalist’s journalist. He loved his work; the way those lucky few who love their job so much don’t see it as that but rather the very essence of their lives.”

STV’s Head of News and Current Affairs Linda Grimes Douglas said: “DJ was unique. A loyal leader and true friend who always had words of encouragement for all his colleagues in all our newsrooms. His passing is an enormous loss.”

Assistant Producer Fiona Steele described him as a “mentor, colleague and friend”, adding that “he believed in every team member to ever walk through the doors, myself included”.

He didn’t start out life with broadcasting in mind. He was a seminarian at St. Mary’s College, Blairs, in Aberdeen from 1974-1977 but a vocation to the priesthood was not to materialise. His trade of the spiritual and a potentially austere life for a more conventional existence would be journalism’s eventual gain. He completed his school studies at The Nicolson Institute, Stornoway, the following year before going on to the University of Aberdeen where he graduated with an honours degree in Political Studies.

He joined Grampian Television in 1984 and initially worked as a reporter for North Tonight as well as the Gaelic programme Crann Tara. He brought to them boundless enthusiasm and a trademark Hebridean lilt.

The veteran journalist Craig Millar recalled: “He was a super enthusiastic reporter who would interview everyone he could possibly think of who was connected to a story, which made his packages a mammoth length.” In broadcast journalism, coming in way over your allotted time is a constant source of tension between producers and reporters. With a wry smile, Miller added: “It used to amuse me when as a producer he would tell a reporter, ‘keep it tight’.”

DJ carried himself with the air of a man of quiet yet perceptible faith. He brought something of the clerical temperament to the business of dealing with people.

Whether someone was in front of the camera or a technician – the people who really make TV work – or an office junior, he treated everyone the same. He was a proper egalitarian in having respect for everyone.

Grampian Television based at Queens Cross in Aberdeen was an extended family who laughed and cried together while making television and MacDonald was a much-loved part of it.
The station would be the subject of a merger with Scottish Media Group (SMG), owners of STV, in June of 1997. However, Grampian ran through DJ like the words on a stick of Blackpool rock.  And it ran through him forever.  The station attracted a devotion among the viewers of the North and North East of Scotland that in turn led to enormous ratings. The programmes were the very embodiment of what the old regional ITV company was supposed to aspire to.  In tone, mood and style, the schedule accurately reflected the distinct nature of the people the station served.

DJ can be said to be a figure of some historical importance in helping to define Grampian’s legacy and carrying the torch for its ethos into the STV era. By the mid-1990s he had moved to producing and would later become the Editor of News Programmes for STV North. The strength of his contribution was in knowing his news patch intimately. His easy-going manner and infectious enthusiasm drew loyalty from those he managed and his ability to think more widely and deeply meant that he was taken seriously by the great and the good whenever they had occasion to come calling.

He brought sound judgement and an unflappable manner to the news business and was tenacious in pursuit of what he considered editorially pertinent.

He believed that it is the responsibility of the broadcaster to never sensationalise or cause unnecessary offence in the reporting of tragedy. His great human qualities were central to ensuring the output never revelled in the tawdry.

His heart never left South Uist but he became an adopted Aberdonian even if his footballing sympathies lay, always devotedly, in the East End of Glasgow.

His Hebridean background informed his grounded view of people and the world. Norman MacLeod describes as legendary his rendition of ‘Mary Ann MacRae’, an essentially humorous song that still touches on innocent love, set against the Scottish landscape.

Away from STV, he was a staunch ally of Mental Health Aberdeen, his concerns a natural extension of a personality that was always keen to understand and help. Little wonder that First Minister Nicola Sturgeon referred to him as “a wonderful human being”.

His last Facebook post was a reposting of a video of the bold ‘bhoy’ advertising his dribbling skills on Askernish beach, South Uist, in 2017, near where he was brought up. Impressed with his own skill, he wrote cheekily: “You never lose it.”

You had to laugh as the skills on show were strictly limited but then again it more than hinted at that impish humour so beloved by those who knew him.

No one knew him better than Rachel Innes, a colleague for over 35 years. Today she spoke of his love of family and the bond he created at his extended family at STV. She also paid tribute to “his work and actions that changed many lives for the better”.

Perhaps the most poignant of all of the words of the last day belong to Rachel. She said: “We are all the better for having known him and will never be the same without him”.

DJ had a full and very rewarding career even if his life’s work in the business of being a good man was far from finished.

It is perhaps only in death that his non-television family will know the extent of the lives he touched. They should be proud of all that he achieved but prouder still of who he was.