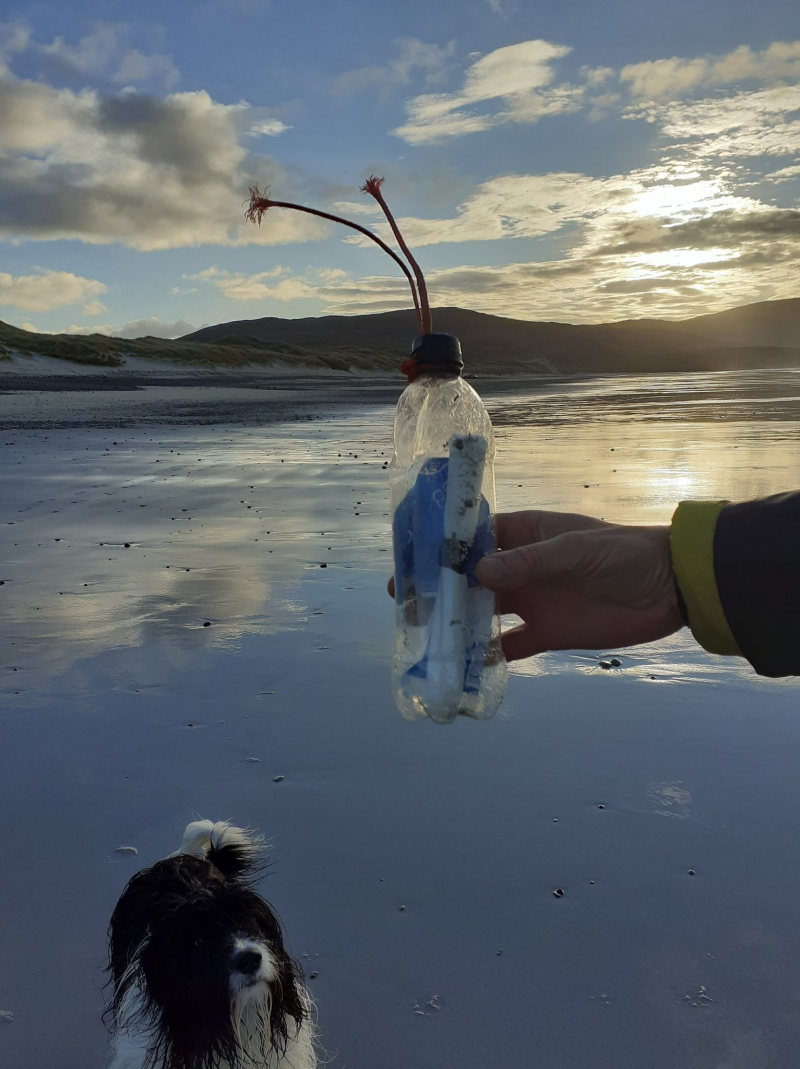 Isle is new-found-land for bottle

A message in a bottle dropped from a fishing boat off Newfoundland was swept on to the west shore of the Isle of Barra yesterday (Saturday 5 December) – and picked up by a dog.

The discovery, just across the road from Barra airport, has already formed a link between two tiny fishing communities on opposite sides of the Atlantic, after social media did its job and traced the sender of the note.

Six-year-old Kaya Applin asked her fisherman Uncle Curt, from Brig Bay, Newfoundland, to drop the message while he was out fishing in late August. 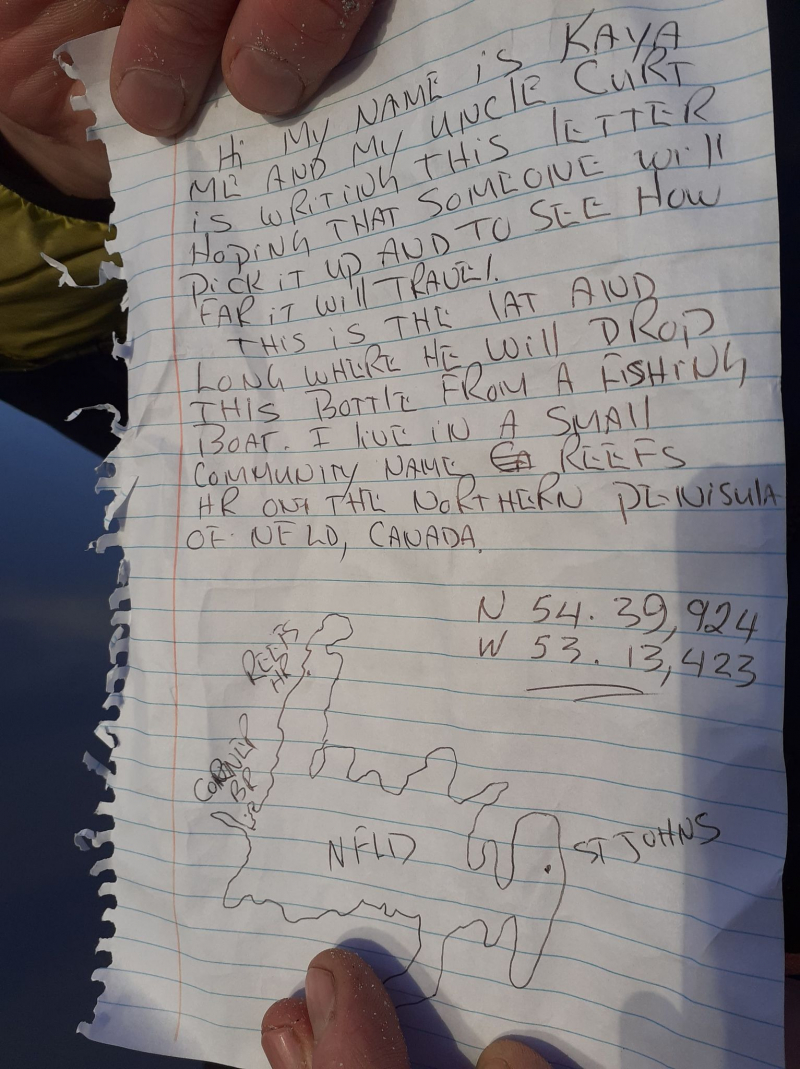 In the note, she gave careful instructions to the finder, including latitude and longitude of the dropping point and a map of Newfoundland, showing the location of her home village, Reefs Harbour.

The village is home to just 157 people, but when finders Sharon Penny and Mick Cox excitedly posted her discovery on Facebook yesterday evening, Kaya’s mum and gran were in touch within hours to share the news.

Kaya’s mum Callie Applin said: “This is such an amazing and once-in-a-lifetime experience, we cannot believe the power of social media and its amazing ability to connect people.

“Kaya is very excited and cannot believe the bottle made it so far. Kaya and her uncle had just decided one day to send out a couple letters to see if they would ever be found. We can’t believe that one actually was – and by a dog makes it even more exciting.

“The similarities between Scotland and Newfoundland are truly amazing. One of my co-workers was born and raised in Scotland, so I cannot wait to share our experience with her.” 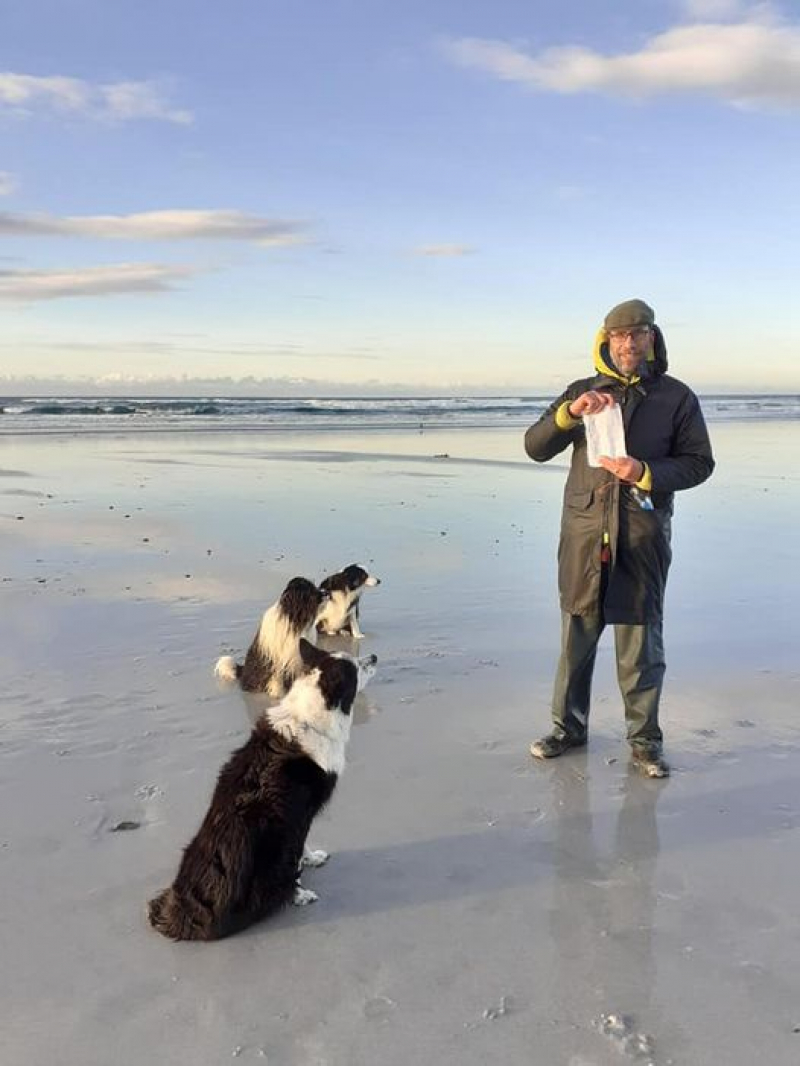 Sharon and Mick, who were walking their three dogs on Traigh Eais when one of the collies spotted the bottle, said: “Louie the dog was pleased with himself for finding it.

“We shall be writing to the address given on the back of the letter and putting together a wee gift box from Barra, enclosing some notes from Barra schoolchildren to send to Kaya.” 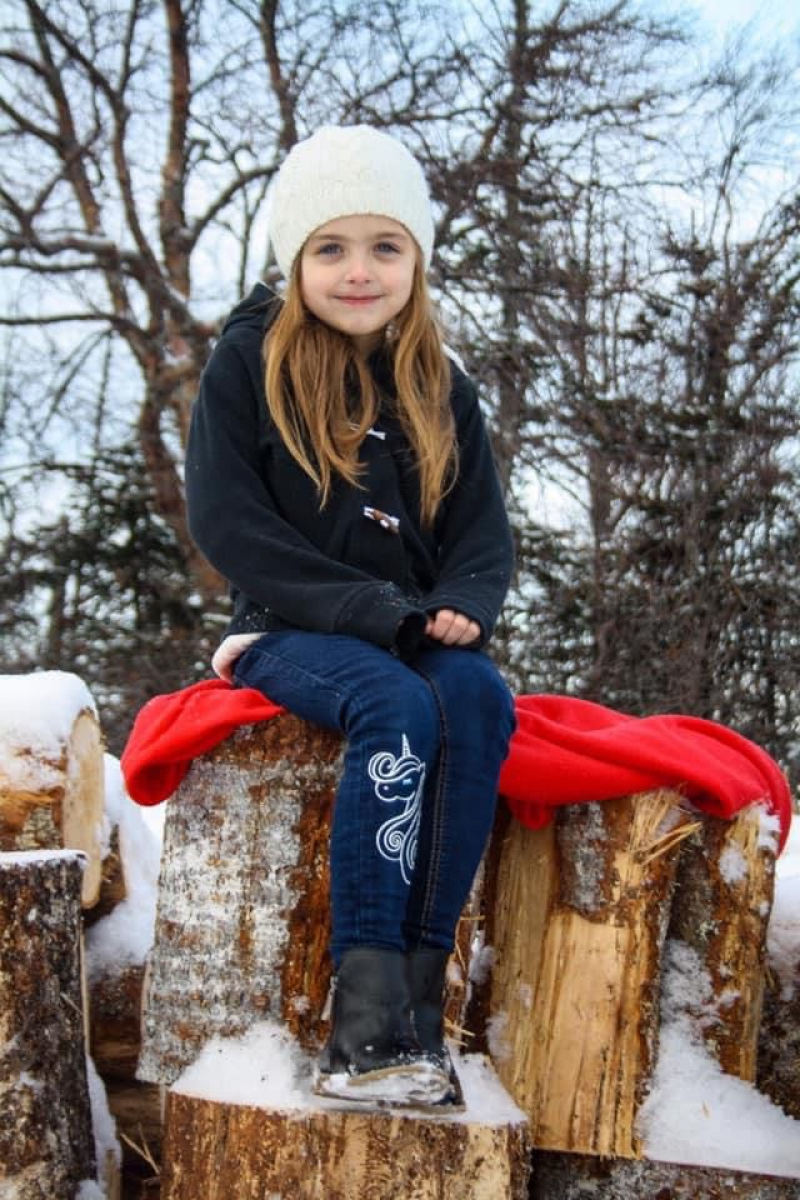 Sharon had to admit, though, that sending a package by post might even turn out to be slower than the three-month, storm-driven journey made by Kaya’s bottle across the Atlantic.

Pictures by Sharon Penny, Mick Cox and Callie Applin show Louie the dog with Mick and the far-travelled note on Traigh Eais and six-year-old Kaya Applin at her home in Reefs Harbour, Newfoundland.