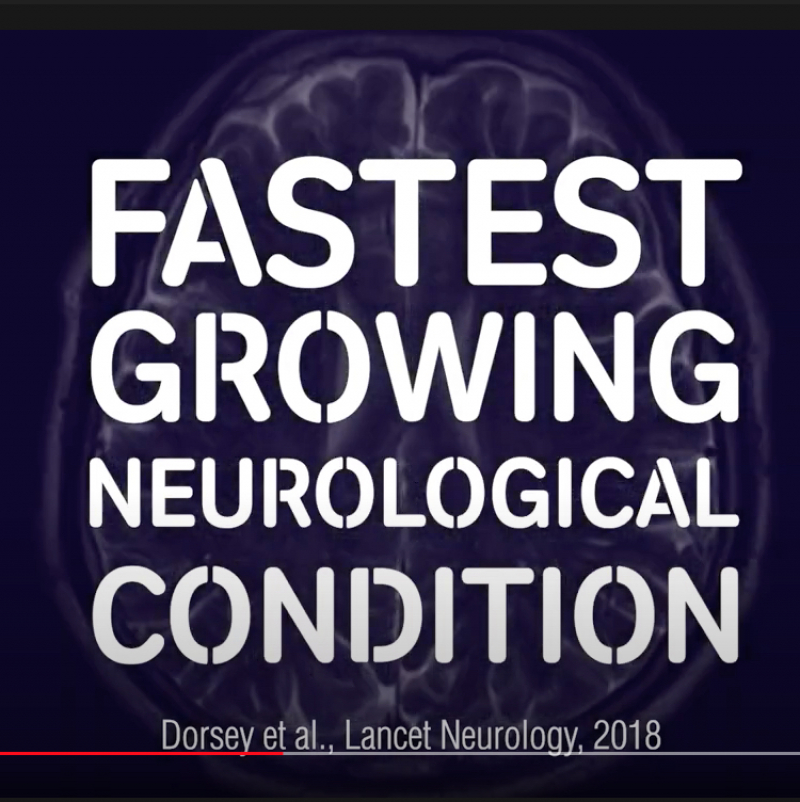 Anne Macleod was diagnosed with Parkinson’s disease in 2018.  Since then, she has continued to help raise awareness of the condition, having appeared in the BBC Alba documentary ‘The Shoogly Days’ representing young women who suffer from the condition.

More recently Anne, who works at Comhairle nan Eilean Siar’s Education Department in Stornoway, has turned her attention to promoting ‘No More Can’t, Time for Can’, a new awareness and fundraising campaign from Parkinson’s UK.

Anne said, “In January 2018 at the age of 46, I was diagnosed with Parkinson's disease; this being my second neurological condition, secondary to having an acoustic neuroma removed in 2011.

“I participated in the Trusadh documentary "The Shoogly Days" which was aired in March 2019 on BBC Alba and although the hardest thing I have ever done, was honored to have been given the opportunity to represent other young women with Parkinson's and raise awareness of the condition.”

“I am not what the myth describes as the stereotypical person with Parkinson's of an elderly gentleman and therefore want to raise awareness that Parkinson's can affect anyone including the young and women.”

Parkinson’s develops when cells in the brain stop working properly and are lost over time. These brain cells produce a chemical called dopamine and symptoms start to appear when the brain can’t make enough dopamine to control movement properly.  The three main symptoms of Parkinson’s are tremor (shaking), stiffness and slowness of movement – but there are many other symptoms too.

Angela MacLeod, NHS Western Isles Parkinson's Disease Nurse Specialist, said, "Parkinson’s is the fastest growing neurological condition in the world.  In fact, there are over 12,400 people in Scotland who currently have a Parkinson’s diagnosis, with over 80 living in the Western Isles alone, and this number is predicted to increase by 40% within the next 20 years.

"With more than 40 potential symptoms, it can devastate lives and means people can’t do everyday things like walk, talk, eat or sleep. It affects everyone differently and I have yet to meet the same two patients with Parkinson’s who have the same symptoms.  I am delighted that the ‘Time for Can’ campaign shines a light on various ways in which anyone can get involved and take action now to improve the lives of those affected by the condition."

During November and December, the campaign, which aims to raise £1 million for Parkinson’s UK research, features an advert aimed at increasingunderstanding of the condition and the charity, celebrating its research breakthroughs over the past 50 years, as well as looking forward to what can be achieved in the next.  The advert can also be viewed at: