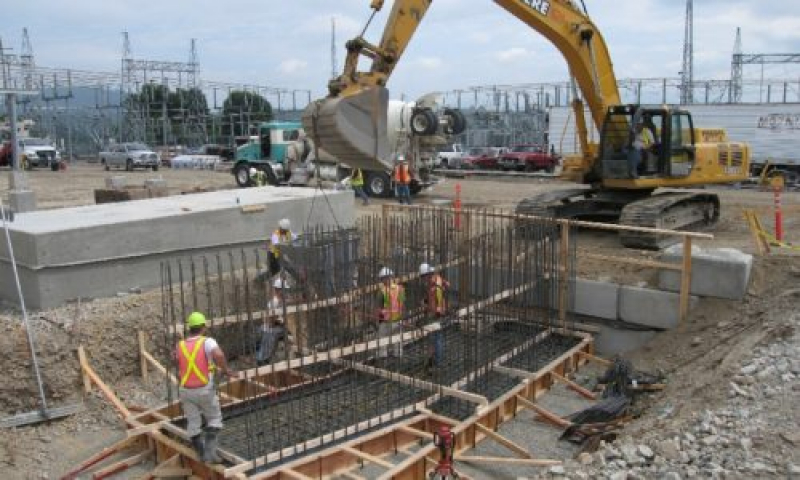 The fabrication yard at Arnish is emmeshed in a growing national and international row over contracts, agreements and investment in the renewable energy sector.

The Scottish Labour Party has slammed the SNP and Tories for letting BiFab "wither on the vine" and has demanded twin UK and Scottish Parliament inquiries.

This followed a statement from BiFab management says the company is "perplexed and disappointed" by the withdrawal of financial support.

In a statement published yesterday morning, BiFab bosses accused the Scottish and UK governments of giving the company no opportunity to address the BiFab working group and say that alternatives proposed by the company have been rejected out of hand.

Labour has also criticised the SNP for speaking of "the development of skills and creation of good, green jobs in our communities" at its conference today (Saturday November 28) in spite of cutting support to BiFab. A motion calls for a "Just Transition" and "urges continued development of our renewable energy sector".

Scottish Labour economy and jobs spokesperson Alex Rowley said: “This statement from BiFab management makes it clear that the SNP and Tories have decided to allow BiFab to wither on the vine without exploring all options open to the company.

"It confirms that the SNP Government's pleas of 'no alternative' are simply weasel words from a party with no political will to secure skilled jobs in Scotland for the renewables sector.

“That the same SNP is this weekend speaking about a 'Just Transition' is a grotesque insult to the workers and communities in Fife and the Western Isles.

“This is an act of sabotage against Scotland’s manufacturing base that has already been decimated thanks to the SNP’s non-existent industrial strategy.

“We urgently need twin UK and Scottish Parliament inquiries to get to the bottom of why the Tories and SNP have made this unfathomable decision and set out the alternatives that are clearly available."

In a statement on Friday, BiFab said: “Scottish ministers continue to focus on JV Driver’s alleged lack of investment, guarantees and capital as the primary cause for its current situation.  This cannot be further from the truth.”

BiFab said that, recognising the growing state aid challenges faced by Scottish ministers early in 2020, JV Driver offered on numerous occasions to transfer some or all of its shares in BiFab to Scottish ministers at no cost to the Scottish purse, but ministers never pursued it.

The company said: “This offer was made to facilitate an ownership position by Scottish ministers that could support further investment if and when required.

“This offer was never pursued by Scottish ministers. This offer still stands today.”

The company said BiFab and its management were given no access or opportunity to address the BiFab Working Group set up by the UK and Scottish governments and have not been contacted by it.  “Scottish ministers also point to the lack of a long-term business plan as a secondary causal factor to the current situation.  Again, this is inaccurate. JV Driver prepared a long-form multi-phase business plan for Scottish ministers prior to acquiring BiFab.”

BiFab said many nations have local supply chain protections that limit the amount of international sourcing available to major energy infrastructure projects but that no such legislation exists in Scotland or the wider UK.

It said that as a result, thousands of high-paying fabrication jobs are being lost to the Middle East and Asia and only Scottish and UK ministers have the ability to change this policy.

BiFab said ultimately it appears the NnG project will be lost to BiFab along with the 400 to 500 jobs it promised to create.

“While incredibly disappointed, BiFab management continues to consider all options available to the business.”

The Scottish secretaries of the GMB and Unite unions, Gary Smith and Pat Rafferty, described the situation as a “growing scandal”.

“The jobs of the future will continue to be exported to the rest of world and subsidised by the billpayer to the tune of billions.

“At best, Britain will get scraps off the table from its own offshore wind market, but it looks like both Governments have buried any credible hopes for a meaningful green jobs recovery in Scotland.”

JV Driver International has a proven track record of delivering complex, challenging projects, particularly in difficult, remote locations. This capability has allowed the firm to work across the world constructing roads, bridges, airports, port facilities and other structures.

Internationally, they have a successful track record in collaborating with the Canadian Government through their Canadian Commercial Credit (CCC) and Export Development Corporation (EDC) to deliver finance/design/build solutions.  Their latest project is for an inland container terminal in Ghana.