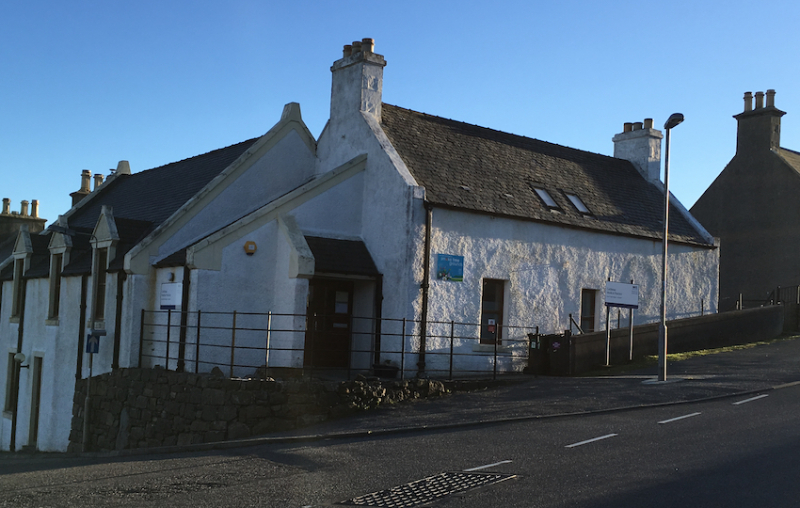 NHS Western Isles has received a stinging rebuke from Barra’s GPs over the ‘needless alarm and concern’ caused over future provision of medical cover out-of-hours and at St Brendan’s Hospital.

The NHS statement said that, because they had received notice from Barra Medical Practice of the intention to withdraw from the provision of medical cover to St Brendan’s Hospital from April 1, 2021, options are now being considered for the provision of hospital cover and out-of-hours services.

The full text of that statement is available here https://www.facebook.com/NHSWesternIsles/posts/1725040457672068

It’s already been criticised by Barra councillor Donald Manford, who blasted the NHS statement for ‘extraordinary timing’ and for raising significant concern and anxiety throughout the community.

Now the practice partners at Clach Mhile surgery, Doctors McMinn and Wilcox say: “The Health Board’s Friday announcement came without warning to any of us.

“It has caused needless alarm and concern throughout Barra and far beyond. It is difficult to understand the Health Board’s intention considering the timing and incomplete content of this communication.

“On Barra the out-of-hours service and St Brendan’s community hospital are the responsibility of Western Isles Health Board. For many years these services have been subcontracted to Barra Medical Practice.

“As the people of Barra will be more than aware, provision of healthcare workers to Barra has been steadily eroded (freezing of nursing posts, reduction in midwife hours, loss of the community psychiatric nurse post, reduction in health visitor services, loss of a social worker).

“At the same time the demand for care on Barra, including that traditionally done by mainland hospitals, has increased. Continuing the status quo is not an option given the above, particularly in light of the upcoming retirement of one of the GP’s and the need to attract a replacement doctor.

“Barra Medical Practice negotiated with the Health Board over the past three years regarding a new contract to address these issues and provide sustainable healthcare on the island.

“These talks were wide ranging and aspirational consultations, including our suggestions of raising the banding of nurses to reflect their actual duties and responsibilities; training opportunities for nurses and doctors in Glasgow with reciprocal backfill; development of hospital consultant clinics on Barra and an increase in the doctor provision in light of a forthcoming retirement and increasing demand on the medical services on Barra.

“Considerable work went into this design of services, including staff from Stornoway visiting Barra to characterise the work and need on the island.

“It has always been at the forefront of Barra Medical Practice’s negotiations that there should be equitable healthcare provision for Barra compared to all other locations.

“At a meeting in February 2020 Barra Medical Practice were promised a new contract for St Brendan’s/out-of-hours in two weeks by the Health Board. Subsequently in June 2020 the new Medical Director informed us that he did not intend to proceed with this commitment.

“Instead, his vision is that St Brendan’s will be run like Broadford Hospital with visiting employed emergency and rural GP doctors, as is also the case on Uist.

“On the 1/7/2020 we were given sight of some of these plans with the restriction that we were not to discuss them but to know that the ‘ethos’ of this solution had been widely shared.

“Presumably the restriction on not sharing this information has been rescinded given the Health Board’s statement on Friday. It is expected that these plans have been further developed in the intervening five months.

“With a GP due to retire in April 2021 and the concern re the likely inability to recruit another GP to undertake the current workload, Barra Medical Practice gave notice of its intention to withdraw from the provision of services to St Brendan’s on 1/7/2020 to take effect on the 1/4/2021. This is to ensure the continuation of GP services on the island.

“We have had no further input from the Health Board until the press release on Friday.

“Whilst disappointed not to be involved with shaping the St Brendan’s services, the Health Board’s plans would be a positive step for the island.

“We look forward to working with new team and hope the Medical Director will take the time to visit Barra to see the realities of working in the most isolated medical facilities in the UK.”

Councillor Manford also wrote an open letter to the chair of NHS Western Isles, in which he said: “It is common knowledge that the medical practice is, or would be, engaged in the necessary recruitment for a vacancy brought about by planned retirement.

“It is also expected that the long-awaited Accident and Emergency designation for Barra and Vatersay’s hospital would have been concluded, with its necessary medical cover already agreed, if only in principle.

“Given the critical timelines for both situations, it is scarcely credible that discussions on these core requirements is only now beginning!

“How can a medical practice with an existing complement of two GPs be expected to engage in credible recruitment without knowing what it’s future service expectations might be?”