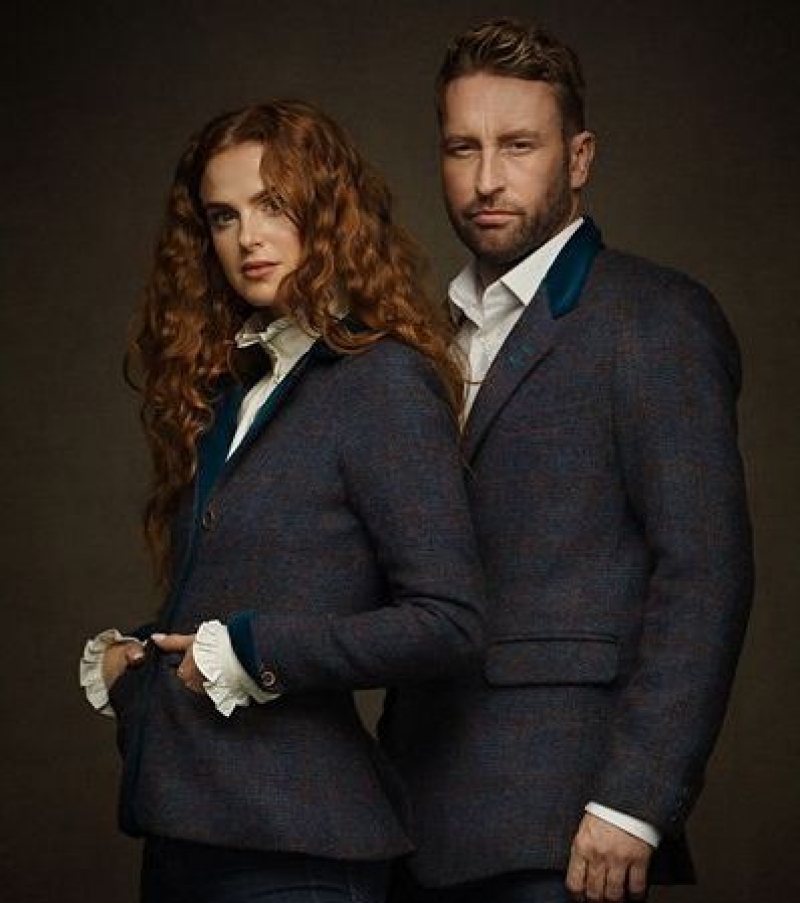 Isle of Harris Distillery has brought together designers young and old across Lewis and Harris and beyond to create unique jackets in Harris Tweed for both men and women.

In 2018 the distillery launched The Harris Tweed Project and asked local school children to design a new and very special Isle of Harris Distillery tweed.

After months of workshops and working closely with Harris Tweed Hebrides and the Harris Tweed Authority, it was the design of Scott Murray at Sir E. Scott School that stood out among the many entries.

On Friday November 13, the distillery announced the results of a collaboration with award winning designer Judy R Clark to create two new jackets with their unique cloth.

Both the women’s and men’s styles have beautiful details including rose copper buttons, contrasting stitching and an embroidered collar.

These bespoke jackets are limited and currently only available through a personal appointment and fitting with Judy at our winter pop-up shop in Glasgow or consultation in Edinburgh.

Judy R Clark is famed for her exquisite hand tailored designs comprising of Harris Tweeds, Scottish lace and antique fabrics. Previously working for the late Alexander McQueen, Judy set up her own business when she returned to Scotland creating bespoke ranges.

Judy first began to use Harris Tweed when her grandmother, a native to the islands, brought the designer back a suitcase full of vibrant tweeds on the boat which had been woven by her Uncle Donald, a weaver on the island. The designer brings an avant-garde twist to the cloth creating contemporary wears in her unique collections

For this exclusive project, Judy has been working once again with Alison Macleod of Tiger Textiles in the Isle of Lewis. Alison has been working from her studio embroidering threads of rose gold on to sumptuous teal velvets for the hidden message in the back collars of the new Isle of Harris Distillery jackets.

The message is Esse Quam Videri, the state motto of North Carolina. It is a Latin phrase meaning "to be rather than to seem." Its origins are traced to Cicero's essay titled "Friendship." Distinguished jurist and historian Walter Clark selected the state motto and drafted the bill for its adoption in 1893.

This choice may reflect the American birth and background of distillery founder Anderson Bakewell who worked as a consultant musicologist for 25 years with various organisations, including the Ford Foundation, the BBC, The Greek and Near Eastern Music Society and the Maqam Society, to preserve, document and promote traditional music in Africa and Asia, including Turkey. As director of Komari (Indian Ocean Ltd) he also built and operated a sailing dhow as a research and commercial venture.

Since starting up, Alison has received the Jolomo PSYBT Award, the PSYBT regional business runner- up award and also investment funding from the NESTA Starter for 6 programme. Her collaborative textile design work with fashion designer Judy R. Clark has been featured on catwalks internationally, such as the ‘Dressed to Kilt’ fashion show, New York.

Alison’s artwork is inspired by her native Hebridean heritage, Gaelic culture and natural surroundings. As an artist and designer, she has a large repertoire of traditional and computer aided skills. Using drawing and painting as her basis, she then works on embroidering lengths of fabric, often Harris Tweed, with designs that complement the cloth. Through delicately stitching Gaelic songs and poems in the tweed, she tells the story of where the cloth is from and promoting culture in a modern way. Her paintings focus on colours, shapes and textures found within old shielings and houses.