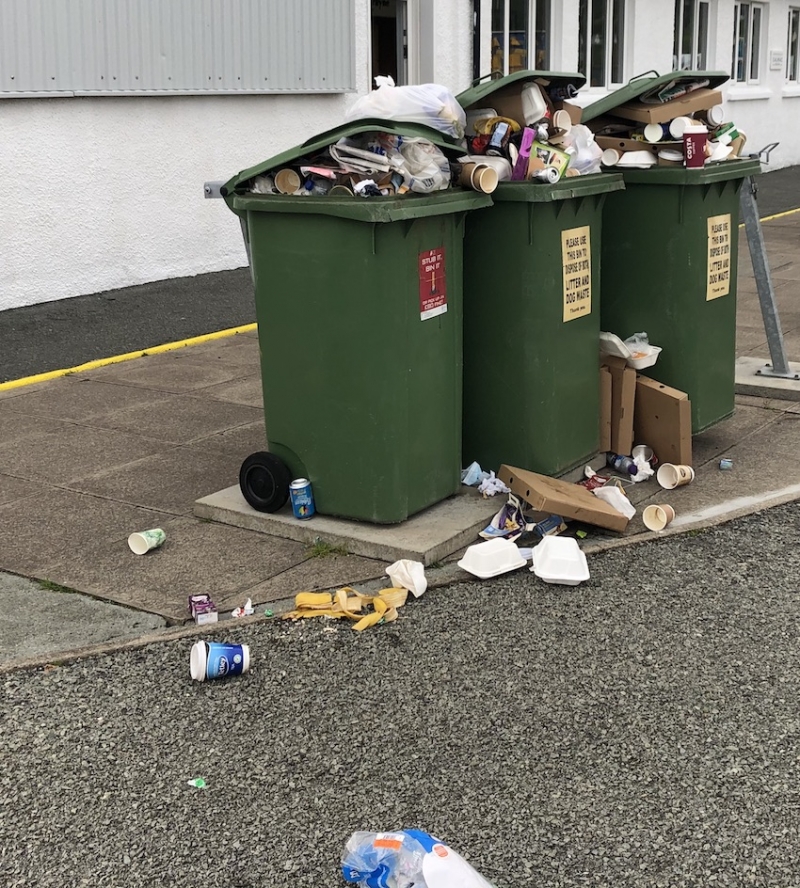 More than three quarters of people in the Highlands and Islands are concerned about the volume of single-use items and packaging used across the country and would support regulations that limit their use, according to a survey commissioned by Zero Waste Scotland.

With an estimated 300 million plastic straws, 276 million pieces of plastic cutlery, 50 million plastic plates and 66 million polystyrene food containers used annually in Scotland¹, the poll carried out by YouGov found that 76% of respondents in the region described themselves as being very or fairly concerned about the amount of items designed to be used only once.

It also revealed that 82% support the introduction of regulations in Scotland to reduce the use of single-use items and packaging.

The survey coincides with a public consultation over plans to restrict some of the most environmentally damaging single-use plastic items in Scotland, including plastic cutlery and plastic straws.

The Scottish Government is seeking views on the introduction of new legislation to restrict the supply of single-use plastic plates, plastic straws, plastic cutlery, polystyrene food and drink containers, beverage stirrers, plastic balloon sticks and products made from oxo-degradable plastics. Reusable alternatives would continue to be widely available.

These are the most common items found on European beaches and were identified in the EU Single Plastics Directive as contributing the majority share of litter found in the marine environment. The Marine Conservation Society’s 2019 Beach Clean reported an average 492 items of litter per 100 metres of beach in Scotland, with the majority being single-use plastic or polystyrene.

According to Scottish Government figures around four fifths (80%) of Scotland’s carbon footprint comes from all the goods, materials and services which we produce, use and often throw out after minimal use².

Iain Gulland, Chief Executive of Zero Waste Scotland, said: “Whilst plastic can be incredibly useful and beneficial in a number of areas, it also can cause significant damage to our environment if it isn’t disposed of properly. Scots are increasingly concerned about the impacts of disposable single-use items and can see how it is impacting on the country’s natural environment.

“Most of us don’t ‘need’ many of these single-use items being consulted on. By choosing reusables over disposables we can still have the benefit without the needless waste and carbon emissions associated with throwaway items.”

Part of the consultation process is to understand how access can be maintained for people who require items that perform a vital function that cannot be easily replaced. For example, straws may be required for medical use or to support independent living.

It is expected that any legislation would be introduced by 2021.

For further details or to provide your views, please visit https://zws.scot/singleuseconsultation