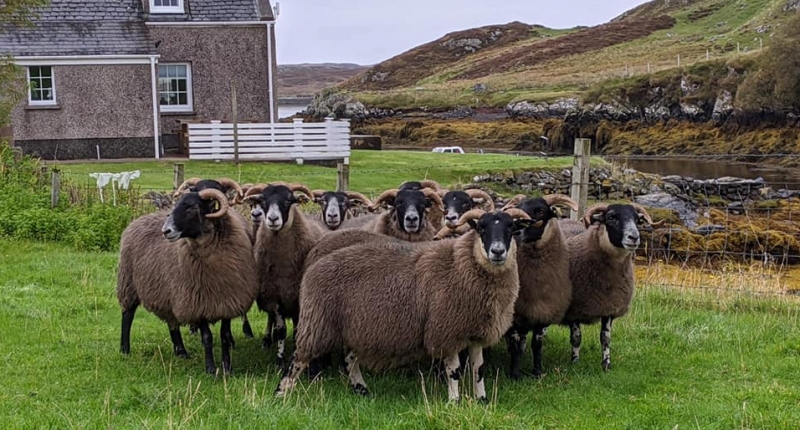 Livestock sales in Stornoway in 2020 went exceptionally well in the most difficult and unusual of circumstances, says one of the directors of Lewis and Harris auction mart.

Director Kenny Macleod of Ness said today (Wednesday 14 October) that Monday’s final sale, which saw 1,941 lambs and sheep of all classes presented for sale, had seen gimmers reaching a record price of £140, up by £5 a head on last year’s record of £135.

He said: “October sales can see very low prices because the buyers have their quotas, but Monday’s sale was unbelievable. Not only did we reach a record price for gimmers from Murdo Macleod at 7 Garyvard, but quite a few made more than £100.

“We had a full ring-side of local buyers looking for breeding ewes and gimmers, and this followed a cattle sale last week where numbers of livestock were higher than the previous year, which augurs well for crofting in the islands.”

The four sales run at Steinish in 2020 under the hammer of Dingwall and Highland Marts were conducted under testing circumstances while new Covid regulations were being brought in.

Kenny said: “We had enormous challenges throughout the summer and at one point we were wondering whether we could have sales in Stornoway. There were lots of obstacles and a great deal more responsibility on mart directors and volunteers.

“But everything has gone like clockwork and the sale prices achieved gave us a real boost. It’s very unusual for prices to stay high like this, but superb to see everyone so happy.”

A number of causes have contributed to the better-than-expected outcome of the sales, according to Kenny.

He said: “The European market is buying more British meat during the pandemic and more people are cooking at home, contributing to the local demand for good-quality fresh meat at the island butchers.

“We never thought everything would go as well as it has over the four sales and we are extremely grateful for the support of the local crofting community who have remained loyal to the mart year after year, and who understand the challenges we have faced.”

At last week’s cattle sale, Kenny said, prices were not as high as last year but were still on a par with mainland markets.

Store cattle sold to £1,200 each, for a 524kg Limousin cross heifer and a bullock of the same weight, both from Lower Barvas. The top gross price was fetched by a Shorthorn cross heifer in calf from Laxay, which fetched £1,650.

The picture shows the top-price gimmers sold by Murdo Macleod of 7 Garyvard on Monday (Murdo Macleod).