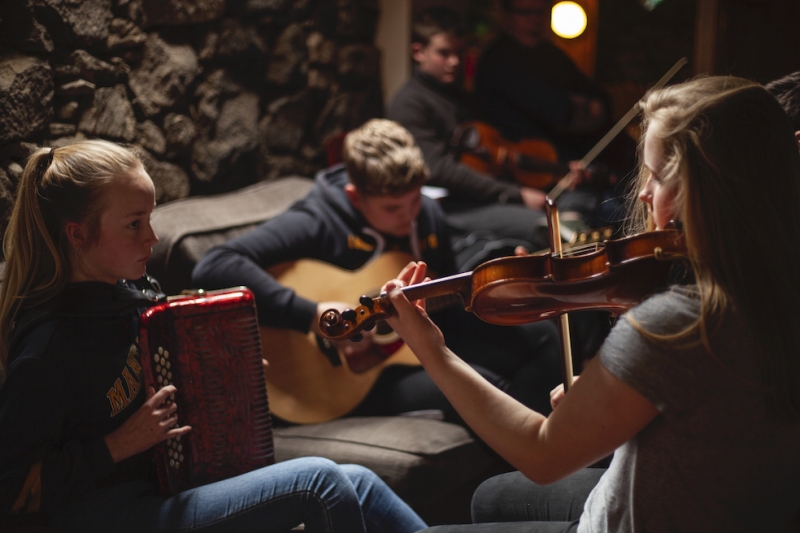 This year marks the 40th anniversary of Fèis Bharraigh – it was held online in July and its success and 40-year legacy was also celebrated online at Fèisean nan Gàidheal Annual Conference at the weekend.

Fèis Bharraigh was established in 1981 when Father Colin MacInnes along with Glenuig piper, Dr Angus MacDonald, came up with the idea to promote, encourage, foster and develop the practice and study of the Gaelic language, literature, music, drama and culture in Barra and Vatersay.

Its success inspired other communities and a hugely popular cultural movement was born, with 46 other Fèisean taking place every year throughout Scotland, under the umbrella of Gaelic arts organisation, Fèisean nan Gàidheal.

Fèisean nan Gàidheal usually holds its Annual Conference at different Scottish venues every year. Undeterred by the Covid-19 pandemic, it was held on Friday (25th) afternoon with more people than normal given the opportunity to attend and participate in an online event.

Events for Fèis organisers and tutors from across the country included a workshop on Barra songs with John Joe MacNeill, early years games and songs with Eilidh Cormack and Katie Mackenzie, idioms with Alec Macdonald and a session about Gaelic use in the island Fèisean with Arthur Cormack.  Special Guest was Lucinda Geoghegan, Creative Learning Director of the National Youth Choir of Scotland who demonstrated the use of rhythmic games and movement to aid the learning of songs in Gaelic.

A cèilidh, featuring singers and musicians from Fèis Bharraigh (Barra), Fèis Eilean an Fhraoich (Stornoway, Lewis) and Fèis Taigh Dhonnchaidh (Ness, Lewis), all marking significant anniversaries, plus some others present at the online event rounded off the evening events which were streamed live to over 3,000 people.

Arthur Cormack, Fèisean nan Gàidheal chief executive, commented: “All arts organisations have been affected by the Covid-19 pandemic and it has been a very unusual year in that respect. We have done our best to move as much of our programme as possible online and while face-to-face interaction is missed, there have been successes in online delivery.

"We were keen to proceed with an online conference to bring together Fèis organisers, tutors and funders.  The organisation’s focus in the coming months will be ensuring support for the Fèisean to delivery work in their communities, online for the foreseeable future, and creating employment opportunities for artists who have lost so much work during the past few months.”

The organisation’s Annual Report may be accessed here.