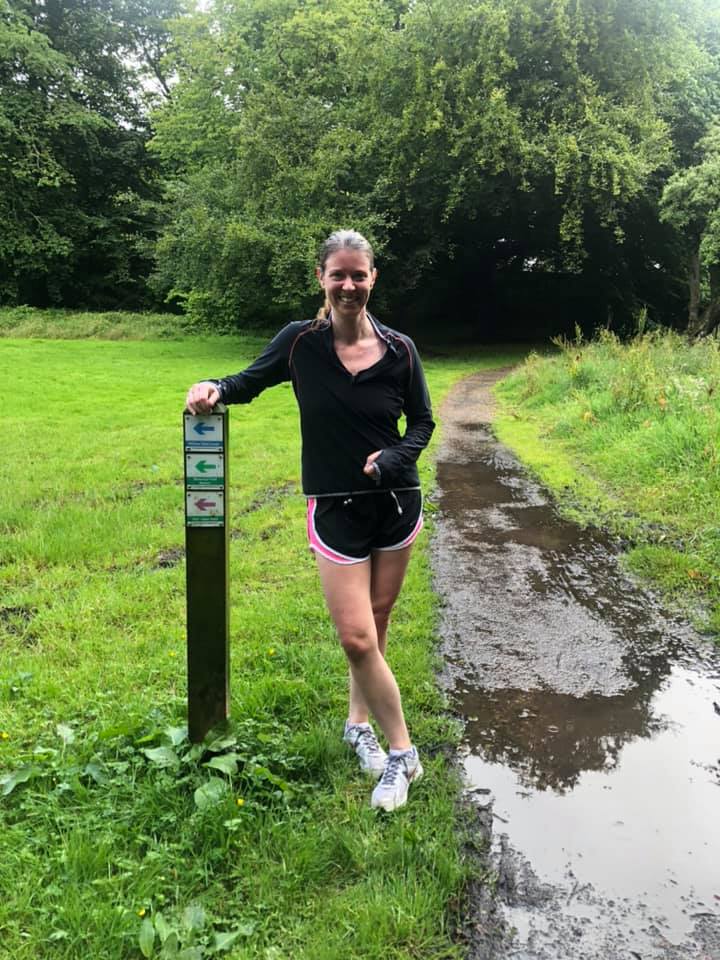 A Stornoway woman described as ‘inspirational’, ‘amazing’ and ‘tough’ yesterday (Monday 10 August) celebrated one year of simply being lucky to be alive.

Michelle Macleod was running in the Harris Marathon in August 2019 with her family when she suffered a sudden cardiac arrest, collapsing as her run came to an end.

The drama of her recovery, with intensive and immediate response from family members and professional first responders, made headlines at the time – as did the importance of the defibrillator sited at Leverburgh Memorial Hall, part of the reason for her survival.

One year and a lot of recuperation later and Michelle has recovered, thanks to the quick first response and subsequent surgery. She is back to her regular running, pledging her efforts during 2020 to help raise money for the defibrillator charity Lucky2BHere.

On her fundraiser at https://www.justgiving.com/fundraising/michelle-macleod8 Michelle said: “August 10th marks a year since I had a cardiac arrest at the end of the Harris Marathon.

“I survived because of the fast response from people nearby and the use of a defibrillator.

“There are several of these lifesaving devices throughout the islands and, thanks to the charity Lucky2BHere, there are more on the way.”

On the day of her ‘still here’ anniversary yesterday, Michelle said: “I don’t remember anything about that day or even the weeks before it. Survival was really just the beginning and it’s been a long road.

“Back to normal has been a long and challenging journey which is difficult to describe, but it has got easier.”

After running 250km by 26 July, Michelle added a few more miles for good measure, saying: “Finished off this morning with a 10k in the wind and rain so little bit more than 250km in total but thought that would be ok!”

She celebrated her anniversary day yesterday on holiday in the highlands with husband Shonny and daughters Bethany and Lara.

Michelle said: “Thanks very much for all donations to my fundraising challenge. The best thing is that this will fund another defibrillator in Stornoway which may one day save someone’s life. I’m going to close my fundraiser this week so any last donations much appreciated.”

The Skye-based charity Lucky2BHere list 87 defibrillators sited in Lewis and Harris, including three in Leverburgh, nine in Tarbert, 27 in Stornoway and eight in Point. A new defibrillator has just been installed at the Scalpay Free Church Continuing building and there is another at Scalpay fire station.