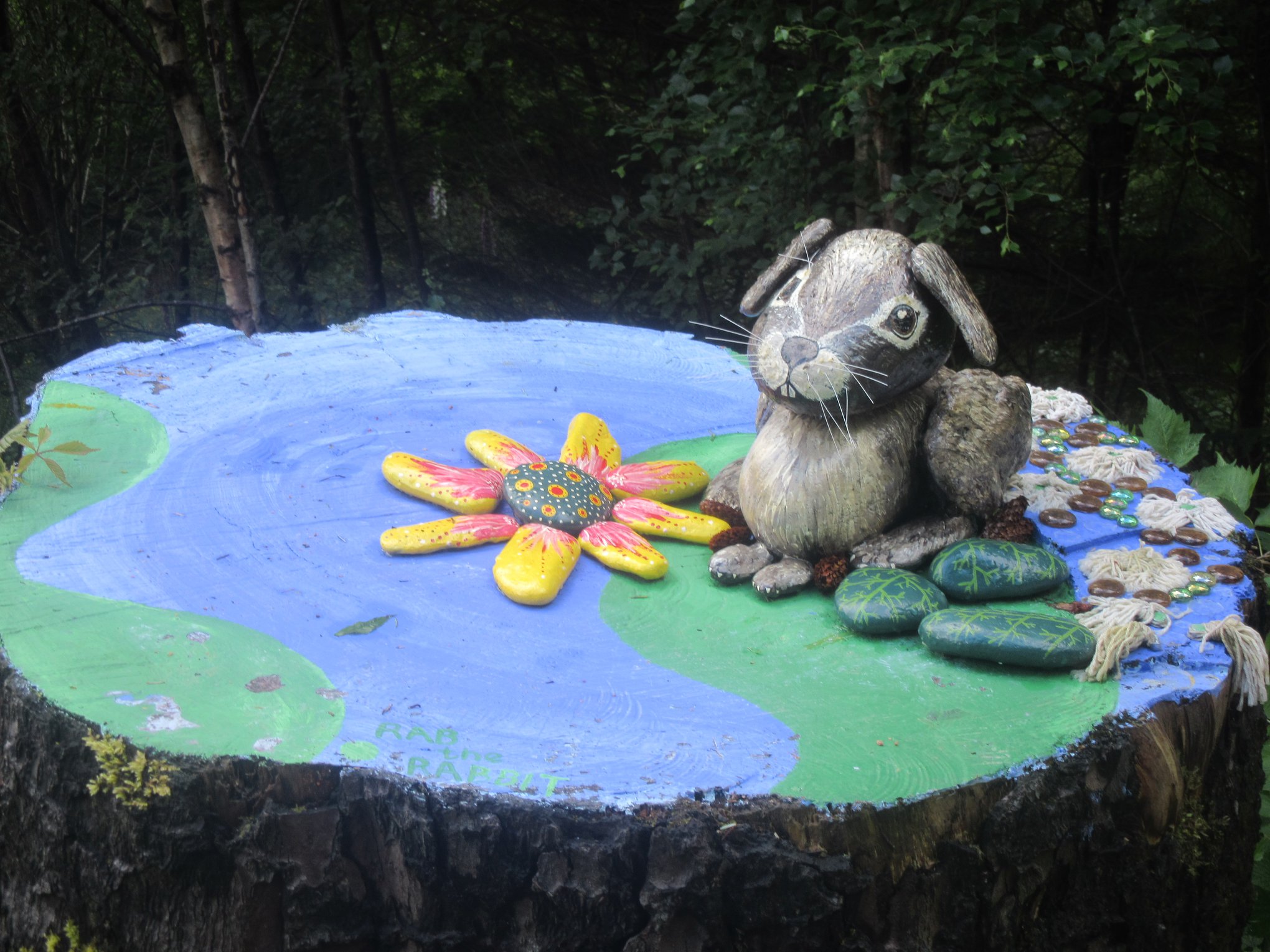 Users of the castle grounds are in despair over the discarded rubbish and vandalism which is becoming a regular occurrence in the grounds.

Police have today (Monday 10 August) issued an appeal for information over damage to a tractor on the Stornoway Rugby Club pitch, which happened overnight on Saturday, between 8.20pm and 10.30am yesterday (Sunday 9 August).

Anyone with information is asked to contact police on the non-emergency number 101.

But heartfelt pleas are also being issued by ordinary people seeing the grounds that they love regularly being trashed and left unsightly and damaged.

Artist Eilidh Thompson has been creating lockdown artworks using beach pebbles to brighten up regular walking routes around the grounds, to the delight of families with young children, who enjoy seeking out the ladybirds and other treasures she creates.

But yesterday one of her most complex pieces disappeared from its setting, to be found this morning broken and thrown down a hill.

Rab the Rabbit was carefully positioned on a painted tree-stump and has, according to one grounds user, become ‘a bit of a superstar’ after being sited in July. 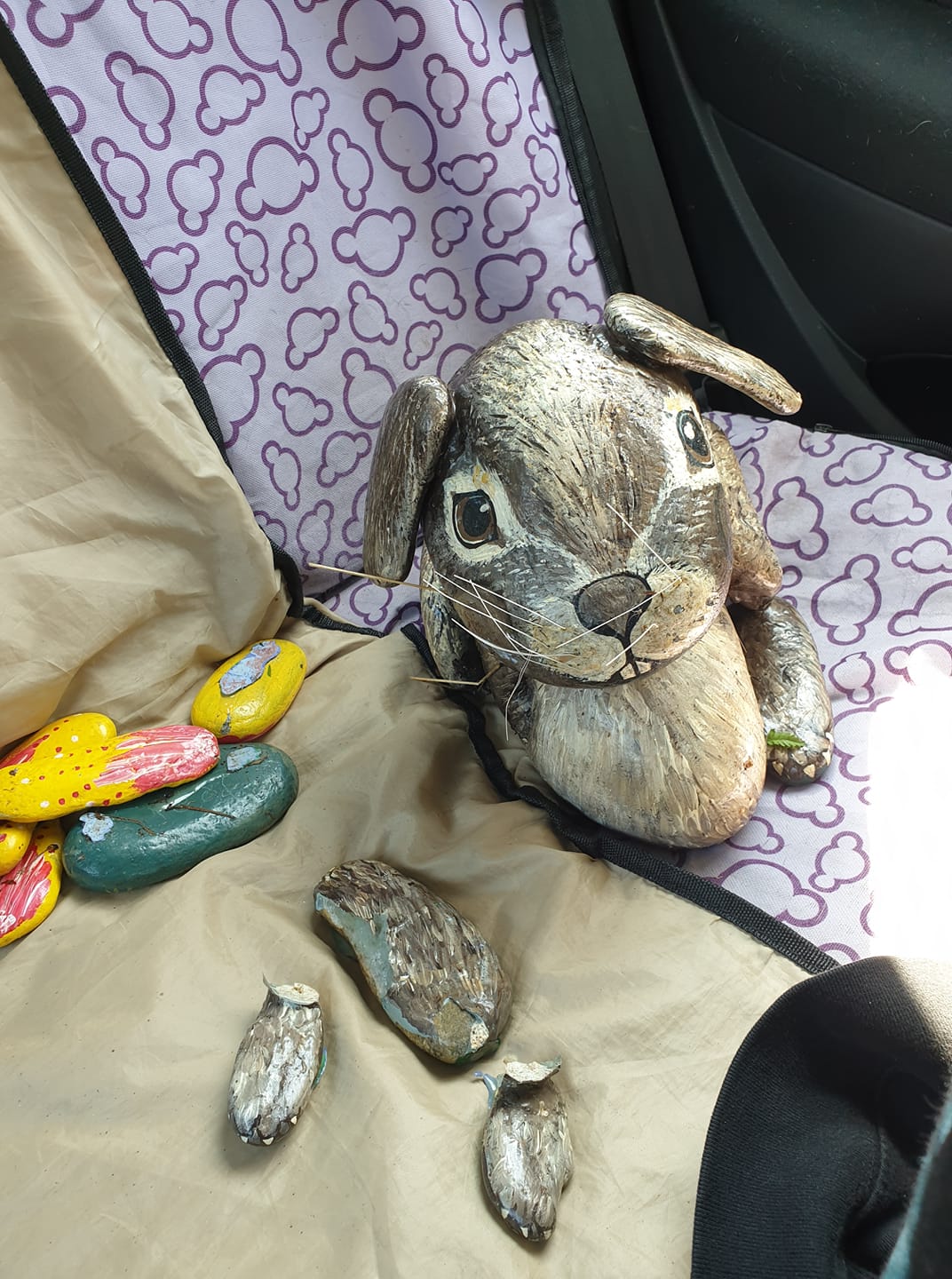 He was mounted with glue after earlier pieces made by Eilidh had been taken away, but disappeared on Saturday night, when a regular user of the grounds said: “All the beautiful things that you’ve made keep disappearing. It’s so disheartening after all the enjoyment you were giving the children.”

Today Eilidh reported the discovery of her artwork in a damaged condition. She said: “We found Rab. He's got two broken front paws and one broken back leg plus his whiskers are looking a bit worse for wear...but we got him.

“They had thrown him and the flower and leaves down the hill. We are a bit stung and cut but delighted we have him. Taking him home for repair then, I don't know.....”

One responder said: “I’m obviously pleased you found him, but what on earth pleasure did they get from throwing and damaging him?” while another commented “I’m at a loss to understand people like that.”

The pictures show ‘superstar’ Rab in his rightful position (Guido Blokland) and this morning after being discovered broken and discarded (Eilidh Thompson ).