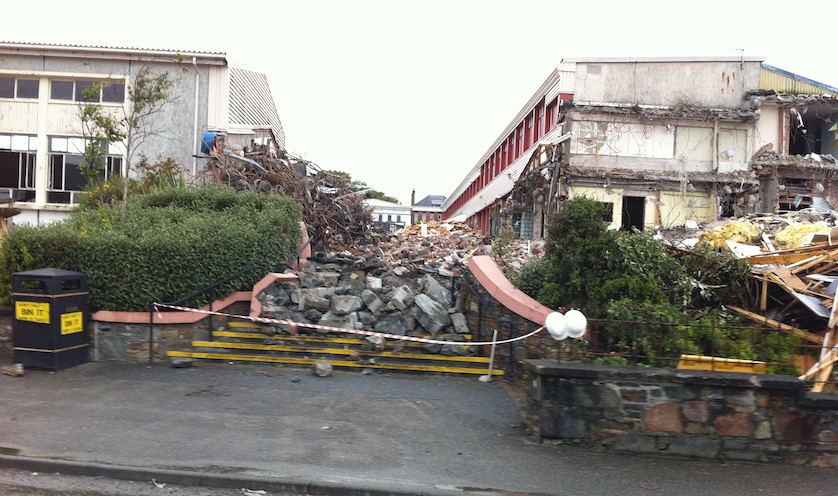 150 years of buildings and people

A book which is to be published to mark the 150th anniversary of The Nicolson Institute in Stornoway has received the backing of community wind farm organisation Point and Sandwick Trust.

The Trust is providing financial support for the research phase of the book, which is to be published by Acair ahead of the anniversary in January 2023.

The book is being written by, among many others, retired educationalist Iain Smith, who has Point and Sandwick connections and previously co-authored another Acair publication, Saints and Sinners, a collection of tales of islanders from the late 19th and early 20th Century.

Saints and Sinners showed how educational opportunity, or otherwise, shaped the course of these islanders’ lives and the book on The Nicolson chimes with that theme, telling the story of the school’s development and also the stories of some of its most famous alumni. 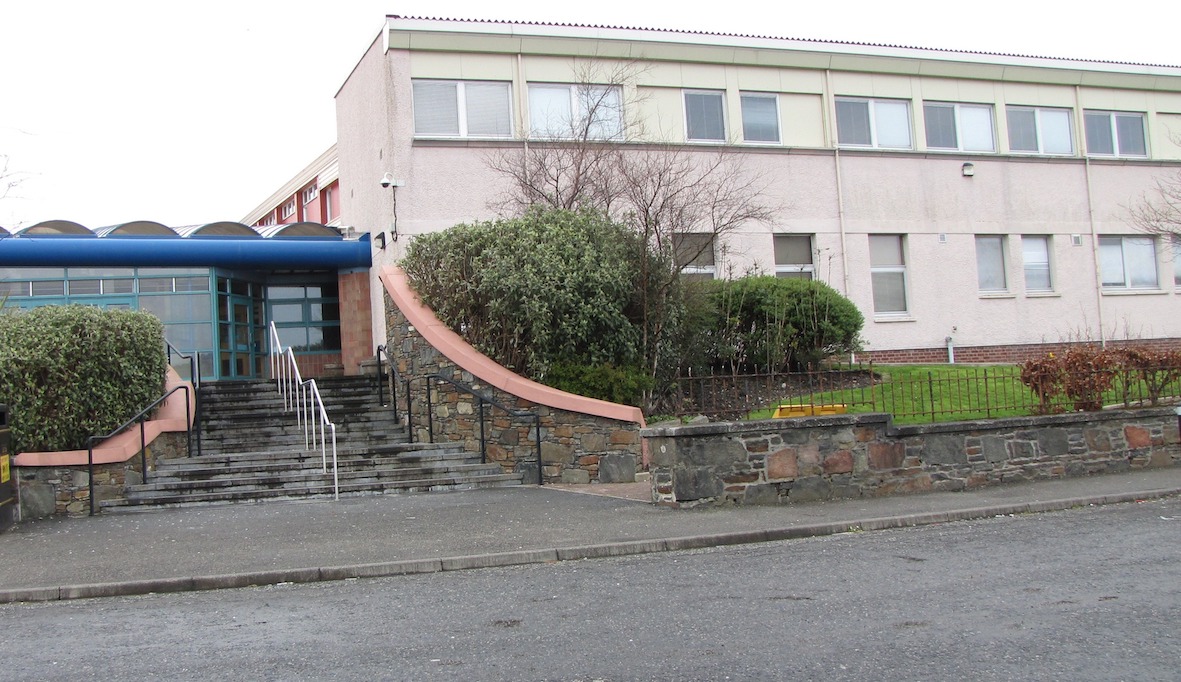 As well as helping the authors to write the book, the money also helps Acair keep its production line running, as small publishers have been hit, along with so many businesses, by the pandemic.

Acair manager Agnes Rennie said they had been discussing the idea for the book “for a number of years” adding: “This is the kind of book that’s a long time in the making.”

The grant will help Iain Smith, who lives in Glasgow, continue his research locally. However, Agnes said it was also helpful for Acair “to know the support is there to enable the book to go ahead.”

She said: “For a small publisher like Acair, it’s a real challenge to keep production, to keep working on books at the moment, while there is a greatly reduced income through book sales. We are really, really encouraged by the support of Point and Sandwick Trust to enable this project to progress – because it’s only for this project, it’s not for anything else.

“The book itself is a wide-ranging book which encompasses some essays about specific periods in the history of the school, starting with the set up and establishment of the school, and goes on to tell the story of the school and its engagement with the community through vignettes of pupils who have passed through the school and who in their various ways have gone on to show the benefits of education – and that takes us right up to the present day.”

Assembly hall is reduced to rubble in September 2012

Donald John MacSween, general manager of Point and Sandwick Trust, said they were happy to support a book that would promote social, educational and cultural wellbeing.

He said: “This project is very much aligned with the founding principle of Point and Sandwick Trust and we have no doubt Iain Smith and the others involved will create a significant and important piece of work, that will be a fitting celebration of the Nicolson at 150.

“It’s great that these stories are being captured and shared and we are also very pleased to have been able to help Acair to keep their production cycle moving during what has undoubtedly been a very challenging time for so many businesses.”

Dr Frances Murray, rector of The Nicolson Institute, said the book would be a “unique piece of work” and that its collection of case studies of individuals would be “a piece of local and community history that runs parallel to the history of the school”.

She said it was “great that we’re able to celebrate 150 years” and welcomed the funding for the continuing research phase as it was “at an important stage”.

It is hoped that, once published, the proceeds from sales can go towards assisting today’s pupils in being able to travel to the mainland to participate in competitions and other events.

Iain Smith said it was “very helpful” to now have some money behind the project, which was born out of a conversation with retired Glasgow University professor Malcolm Nicolson, who had inherited papers on the Nicolson from his father, Angus, a geography teacher at the school. 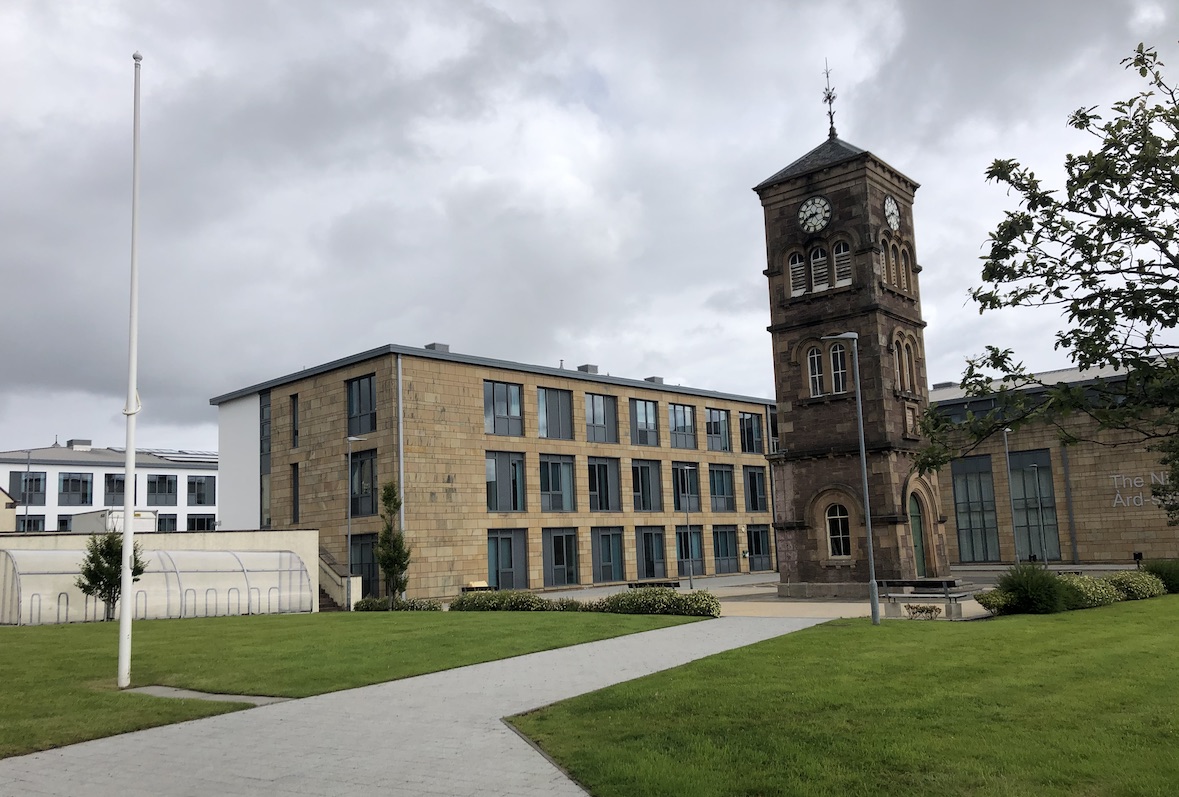 Something old, something new…

During the early 1970s, Angus Nicolson was one of the teachers running a Friday afternoon activity group and he had set his group of pupils the task of going through the archives and writing up the history of the school.

Some of the material was published in the school’s centenary magazine Sgathan in 1973 but other material has never been seen before and Malcolm approached Iain about it four years ago.

The decision was taken to lodge the material with the archive of Museum nan Eilean and when Iain had the opportunity to look through it, he was struck by how much had not been published.

Thinking it was “material of great interest”, Iain said he became quite excited by it and at the prospect of a publication to tie in with the 150th anniversary.

In a parallel development, Museum nan Eilean was also in possession of a series of letters by former Nicolson rector, W J Gibson, and his wife. These letters, bequeathed to the museum’s archive by the couple’s daughter, were transcribed by museum staff working from home during the lockdown period and, said Iain, “proved to be a hugely valuable historical resource”, discussing numerous aspects of 1910s and 1920s island life such as prohibition and the impact of the Spanish flu.

A number of the letters will be included in the book which will begin with the state of island education before the establishment of the Nicolson through to present day with its focus on the lives of notable alumni including musician and songwriter “Major” Duncan Morrison, writer Iain Crichton Smith and journalist and broadcaster Angus Macleod, who became the editor of the Scottish edition of The Times.

Iain Smith, who retired from full-time work 10 years ago, has been working on the book “more or less continuously for four years” and paid tribute to the “large group of people” who work with him, including Seonaid McDonald, the leading archivist at Museum nan Eilean, and her colleagues; individuals from Stornoway Historical Society including Malcolm Macdonald and Ken Galloway; and Nicolson Institute rector Frances Murray.

“It keeps me occupied in my retirement."