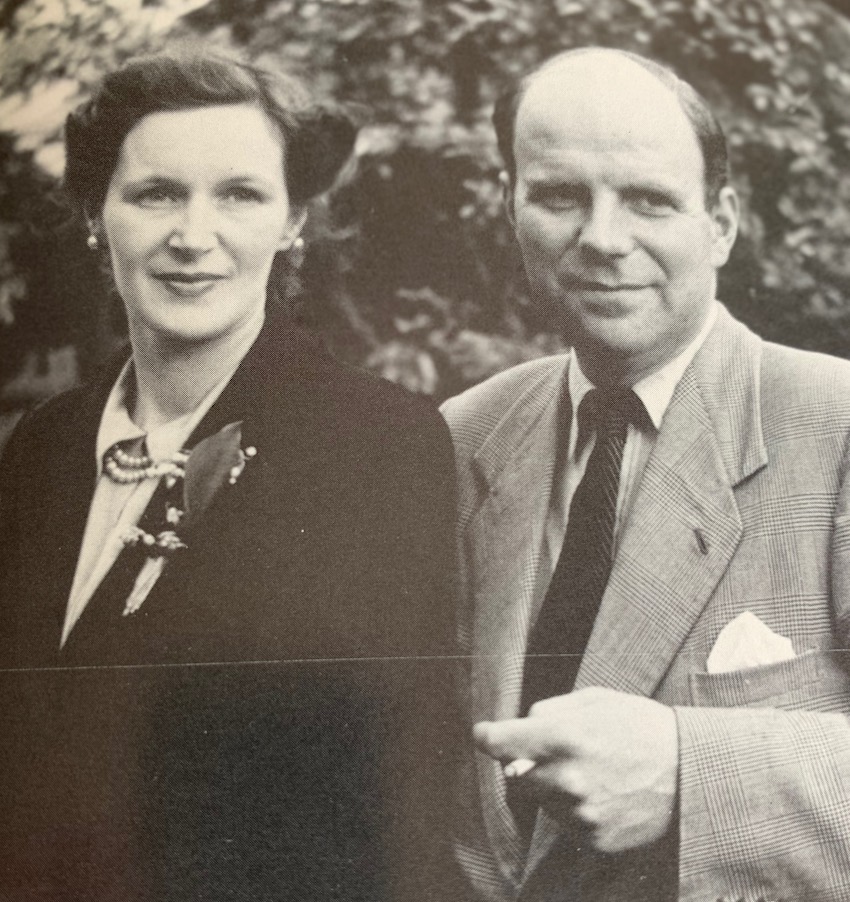 Fifty years ago today (Monday July 20), Iain MacLeod died of a heart attack at the age of 56. He had been UK Chancellor of the Exchequer for barely a month, following Conservative leader Edward Heath’s victory in the General Election of 1970.

There is a particular island interest for Macleod had closer Hebridean links than any other front-line politician, before or since (writes Brian Wilson)

Macleod was an unusually interesting political figure; the embodiment of the “One Nation” Tory tradition but fiercely partisan in debate.  He transcended class divisions in a party dominated by class, his social views forged by contact with deep poverty, both on Lewis and through his father’s GP practice in Yorkshire.

Both Macleod’s parents were from deep Lewis roots. His father, Norman Macleod, was from Kershader. His own father died when he was six and Norman secured his education through a bursary to the Nicolson Institute and scholarship to Glasgow University where he graduated in medicine and chemistry.

He then spent four years as medical officer on a tea estate in Assam before returning to the UK. A fellow Lewis doctor helped find him a partnership in a medical practice in Skipton, Yorkshire, which became the Macleod family home for most of the 20th century.

Norman Macleod met his wife-to-be, Annabella (known as Lab) Ross on a visit home. Her family was from Crobeg. Her father, Roderick Ross, the first resident GP in Lochs and later covered the whole north of the island, from Borve.  They married in 1910 and their first child, Rhodabel, was followed in 1913 by the birth of Iain.

A striking feature at this time is the family’s rapid social mobility. Iain was sent off to a “feeder” for Fettes to which he then progressed. According to his biographer, Robert Shepherd, the next step to Cambridge to read history was “little more than a formality” so long as parents could pay the fees.

In 1925, on the demise of Lord Leverhulme and the bargain basement sell-off of rural Lewis, Dr Macleod bought Scaliscro Estate – 10,000 acres with lodge, fishings and shooting - for £1000.  By all accounts, this became the spiritual home of Iain’s formative years. His father sold Scaliscro in 1947, shortly before his death.

Iain’s Cambridge student and early employment years could not have been much further removed from his Lewis background. He was an international class bridge player and turned this skill into a lifestyle as professional gambler and denizen of London nightclubs. The advent of war interrupted all that and turned him in the direction of politics.

Macleod married in 1940 and flourished in the army, rising to the rank of Major and serving at the heart of the D-Day landings. The war, wrote Shepherd, had “given Macleod ambition and defined his purpose in life”.  In May 1945, he was enjoying a spell of leave at Scaliscro when Churchill called the General Election.

The Tories had not stood in the Western Isles since 1931 but Macleod saw an opportunity. His father, a lifelong Liberal, became chairman of an impromptu local Tory organisation long enough to select Iain as candidate, at a meeting only the two of them attended. Dr Macleod sent a telegram to Winston Churchill and the Prime Minister’s endorsement arrived by return of post.

Sandy Matheson recalls being “patted on the head” as a small child when MacLeod called on his great- uncle, Roderick Smith, to solicit support. “Uncle was a staunch Liberal and being of the same vintage as Iain's father, Dr Norman, they knew each other. I do not know the outcome, but of course Iain had labelled himself as a Liberal-Unionist” – a frequent device in that era to cover more than one base.

Macleod’s distinctive brand of Toryism was reflected in his election address which declared that “we must have SOCIAL SECURITY for all on the lines of the Beveridge Report”.  Declaring himself “a man of the isles”, his campaign slogan was “A Vote for Macleod is a Vote for Churchill”.  His genuine commitment to the welfare state would continue to define him in Tory politics.

The main opposition to Labour in the Western Isles continued to come from the Liberals and, arguably, Macleod’s intervention helped Malcolm K. MacMillan hold the seat. MacMillan polled 5917; the Liberal, Huntley McDonald Sinclair, 4277 and Macleod 2756. Macleod said later: “Only my cousins voted for me but I have a lot of cousins”.

Macleod’s gamble of fighting the unwinnable seat paid off and his Tory career was soon on a sharply upwards trajectory. He was found a seat in Enfield, became a Health Minister in the 1950 Churchill government and entered the Cabinet in 1959 as Colonial Secretary.

In 1963, he was Tory party chairman when Harold MacMillan resigned but refused to serve under his successor, Lord Home. His “emergence” was bitterly opposed by Macleod who thought it absurd that the Tories should look to the Lords for a leader. “When Home talks about unemployment”, he observed, “he thinks it’s to do with the lack of beaters on his estate.”

His monumental achievements were as Colonial Secretary when he faced down most of his own party to advance majority rule in Africa thereby avoiding much bloodshed and retaining the goodwill of emerging states. Macleod retained lifelong friendships with leaders like Julius Nyerere and Hastings Banda. The right-wingers hated him and the grandee, Lord Salisbury, described him as “too clever by half” – the ultimate insult in Tory circles.

For many years, Macleod lived with pain as a result of a war wound and ill health. Shortly after the launch of the 1970 election campaign, his mother died in Skipton at the age of 90, which affected him deeply.  When Heath won, he became Chancellor but made only one Commons speech before being struck down by abdominal illness.

He appeared to be recovering and was released from hospital but suffered a heart attack and died at 11 Downing Street.  Long previously, he had said that if he ever went to the Lords his title would be “MacLeod of Borve”. Instead, his widow became a peer as Lady Macleod of Borve and an effective campaigner for many years on social issues. She continued to visit Lewis up to her death in 1999.

The game of “what if…” usually yields as many conclusions as there are players but remains interesting in Macleod’s case. What if he had lived?  He might well have succeeded Heath as leader in which case Thatcherism – the antithesis of Macleod’s politics – would have been still-born.  In short, Macleod’s was one political death that made a difference.

His biographer, Robert Shepherd, observed that: “Macleod’s crofter, Gaelic and northern origins set him apart as an outsider while giving him a perspective on politics that was the opposite to that of most senior Conservatives”.  Therein, perhaps, lies an urgent lesson for today.

“In his later life,” wrote Shepherd, “ Macleod used to tell his son, Torquil, of the sheer beauty and romance of Lewis. The pressure on his time prevented Macleod returning to the island as often as he would have liked but in the summer of 1968 they went there on holiday. It was to be Macleod’s last visit. He was totally in his element. At heart, he always remained an islander”.