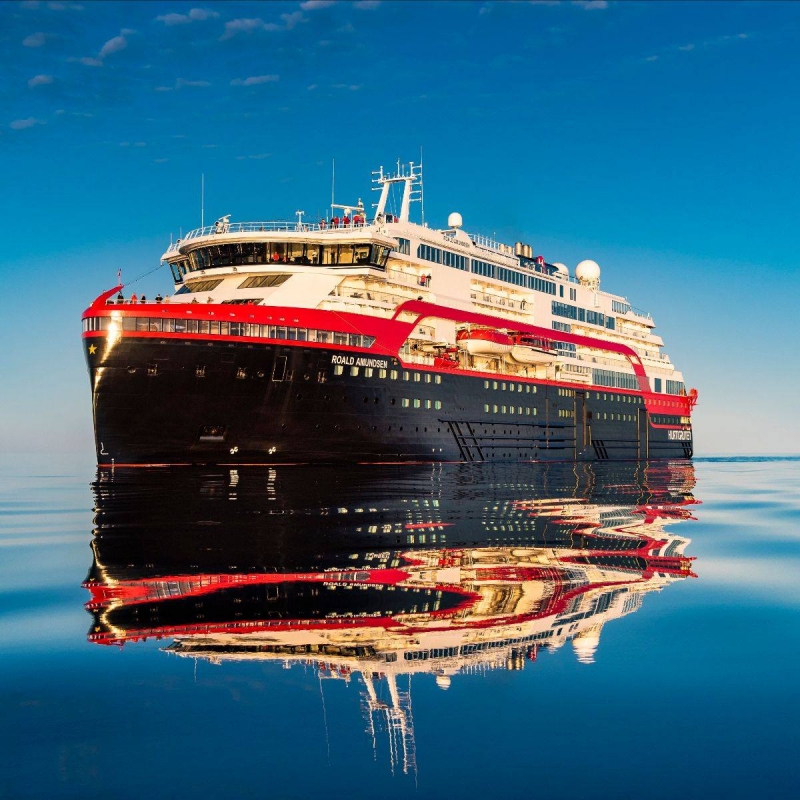 The first new cruise visit to Stornoway following lockdown has been ‘confirmed’ – or as confirmed as it can be in these uncertain pandemic times.

Norwegian company Hurtigruten yesterday (Tuesday 14 July) announced that they plan to bring their hybrid-fuelled vessel MS Roald Amundsen to Stornoway on Monday 14 September, on a previously unscheduled visit to the islands.

The port call comes during during a 21-day ‘Many wonders of the British Isles’ cruise, which also takes in Oban, Portree and St Kilda. It has been confirmed with Stornoway Port Authority by Hurtigruten, subject to the rules and regulations which are in place at the time.

There’s evidence that existing uncertainties and island decisions on reopening have affected the planning of the itinerary, with Hurtigruten offering a limited range of activities while passengers are ashore in Stornoway. A walking tour of Lews Castle, and visits to the Callanish Stones and Arnol Blackhouse are among the optional shore excursions. 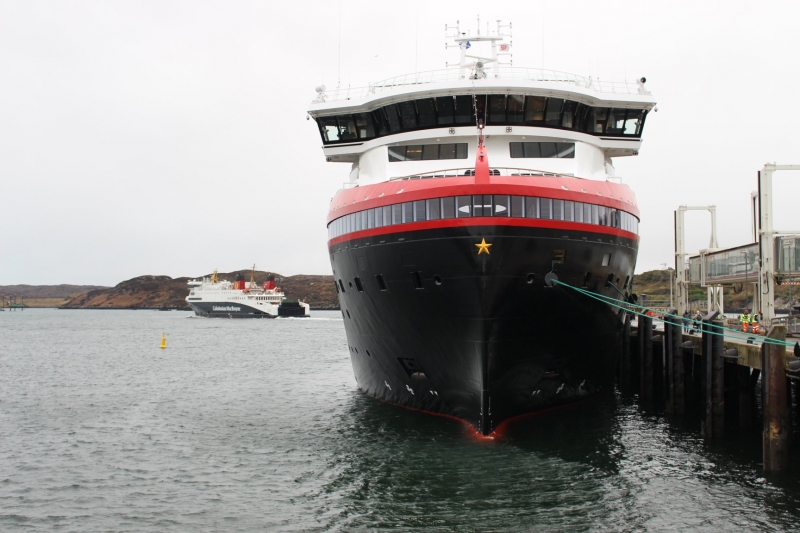 Passengers seem to be showing some uncertainty about booking, with comments on Hurtigruten’s own Facebook page sharing their worries.

One potential passenger said: “I so want to do this, but has authority to go to various ports been obtained? Don’t want to pay £7,000 if not likely to go ahead, then have to fight and wait months to get a refund.” Another asked simply: “Are we allowed to go?”

Hurtigruten has gained a reputation within the travel industry for their robust ‘acclerated return’ to cruising, having reportedly had four ships from their fleet out on Norwegian coastal cruises since June. They plan to have 14 of their fleet of 16 ships returned to cruising by the end of September.

The cruise line also provided Stornoway with its first, and so far only, cruise visit of the 2020 season as MS Roald Amundsen’s sister ship MS Fridtjof Nansen made her maiden visit on a profile-raising tour of the British Isles, on 28 February.

The cruise itinerary currently listed by Stornoway Port Authority has 24 scheduled visits remaining. They include calls from ships belonging to Grand Circle Travel, Ponant and Holland America, but these visits are currently as like to be cancelled as they are to be confirmed.

The 2020 season officially comes to an end with the planned visit on 4 October of the small expedition vessel World Explorer, en route to Reykjavik for the beginning of the Arctic winter.