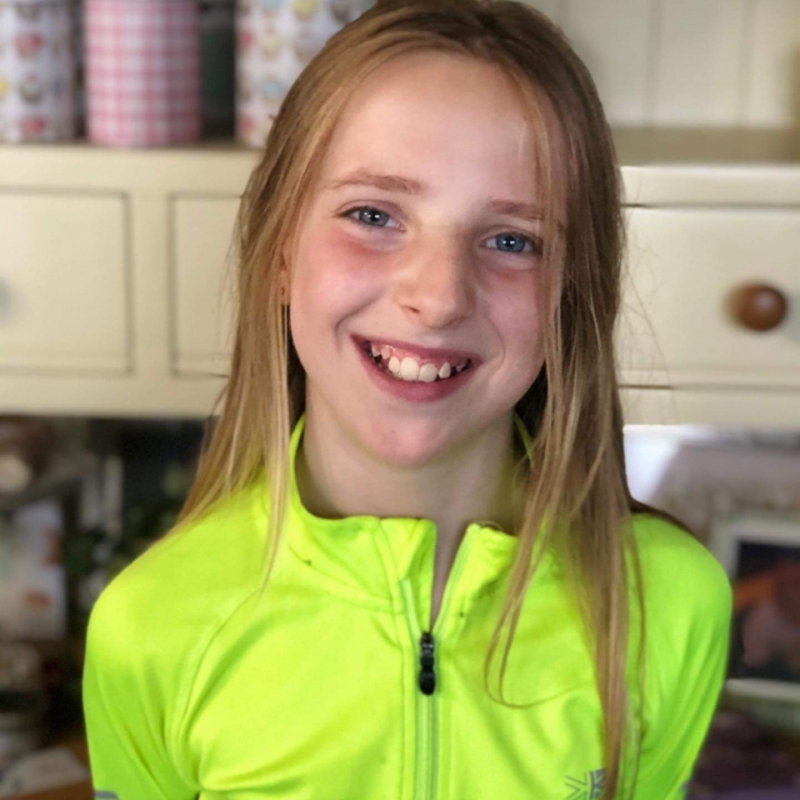 A young runner from Ness has found a way to stretch herself throughout the summer – by running two miles a day for 50 days - all in aid of Sporsnis and Western Isles Support for Cats and Kittens (WISCK). (You can donate here.)

10-year-old Catherine Donner of North Dell is already a keen runner, but she’s pulling out all the stops with her 100-mile challenge to support the two local initiatives close to her heart.

She’s set herself the target of raising £500 to help put a new roof on Sporsnis, her local community and leisure facility. Sharing the total will be the island-based cat rescue group WISCK.

Her regular beat is around the cliff-top and crofts near her home. The traditional loop round the castle grounds in Stornoway is also an option, and she’ll be running every day after school even after the new term starts.

Taking turns at running with Catherine are parents Kevin, an Openreach engineer and Gemma Donner, who’s a weaver and celebration cake-baker. Brothers William, 14 and Benji, 7 sometimes run along too, as does the family dog Cuilean, who doesn’t always stay on course, according to Catherine’s running blog.

On Saturday (4 July) Catherine ran the virtual one-mile for Stornoway Running and Athletics Club ‘very fast’ and said: “We might have run faster but our dog followed us up the road so we had to take her back.”

Catherine is nearly two weeks into her challenge, and plenty of runners will identify with her tales of stepping in sheep poop, turning an ankle on uneven ground and choosing the wrong clothes to run in.

On Monday (6 July) Catherine wrote: “I struggled to make myself go out today. I was worn out and the weather was wet. Cuilean met her doggy friend, Oscar. On the way back we found a black lamb which was stuck in a fence. My mum helped get him out. I’m glad I went out but I wish I wore leggings because my legs were numb.”

The whole family will be supporting Catherine on her run on Tuesday (14 July) when she’ll still push herself to get in the miles – even though it’s her 11th birthday!

You can support Catherine’s mammoth effort and help the good causes she’s chosen at her JustGiving page. You can also view a film of her running and follow her daily blog here.

Catherine’s keeping a close eye on the total raised and said: “Thank you to everyone who has donated so far, it’s made me excited to complete the challenge and I feel like we can do this.”

The pictures show Catherine on her cliff-top route and at home (Kevin Donner). 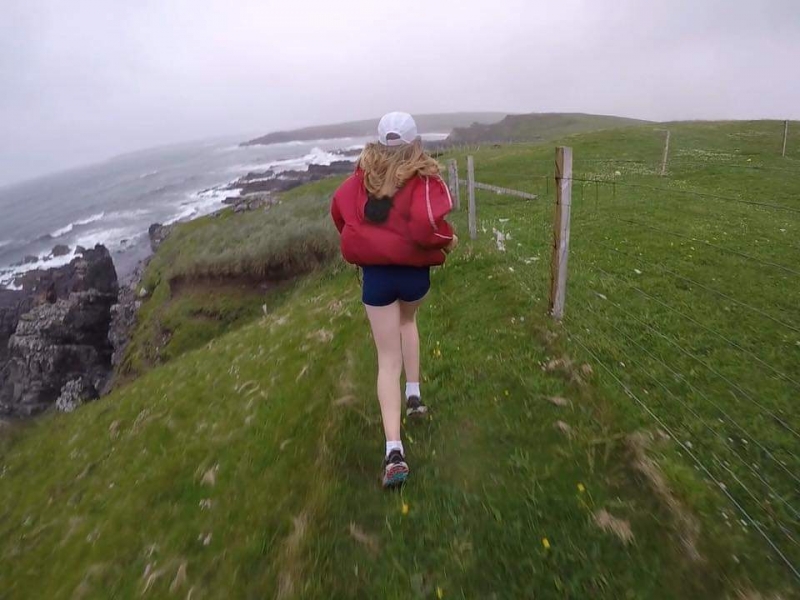