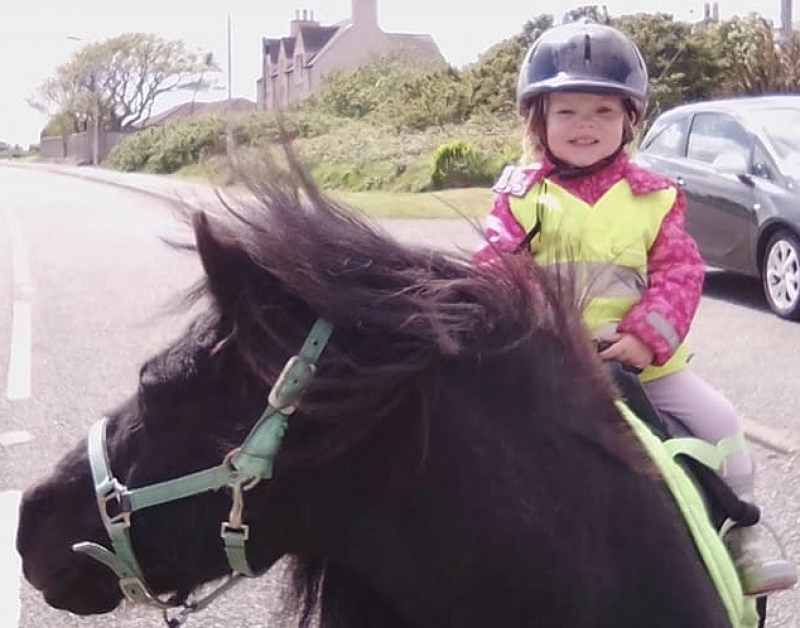 A tiny duo are all set for a huge effort to raise funds for the life-changing work of the Salvation Army.

Toddler Pheobe of Sulisiadar, Point is not yet two years old, but her best pal Pepsi the Shetland pony is nearly 30 and, between the two of them, they are pretty sure they can make a big effort for fundraising.

With mum Kayleigh Jacques and dad Ewen Morrison they aim to cover the five miles from Aird to Knock, on a sponsored trot that will stretch both of them to the limit.

Kayleigh said: “It’s the furthest either of them have ever been, but Pheobe has been riding Pepsi since she was just one year old and she is very comfortable on his back.

“Pepsi is slow and he’s old, but he’s pretty fit. We’ve been doing two-mile training walks and I have started him on some supplement for his joints, plus he’s getting some bootees to protect his feet on the road.”

Pheobe has been around horses since before she could walk and does her share of the tasks – feeding her pony carrots and pointing out where there is horse poo that her mum needs to pick up. 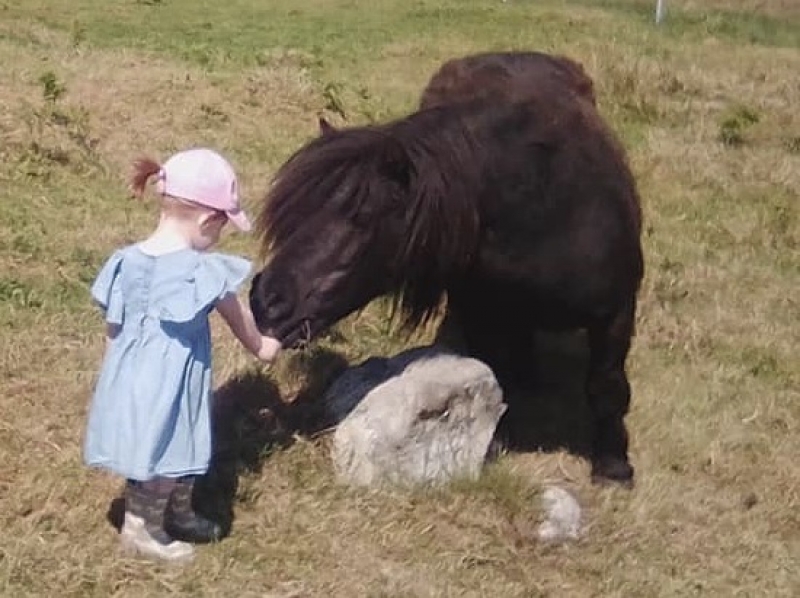 The family decided to make the fundraising effort as a thank you to the Salvation Army for the support they have been giving during a time when work, and income, has been lacking for many.

Kayleigh said: “The food and baby supplies have been a real life-saver, not just for us but for many families with young children. It’s an amazing thing that they do for people and we wanted to give them something back.

“We got Pepsi for Pheobe a year ago and they have become best friends, so we think they would like to do something together and hopefully it will do some good as well as making memories for Pheobe.”

Pheobe and Pesi’s trot will start from Aird in Point at 10am on Saturday 27 June and she hopes to have reached his new grazing in Knock by about 1pm. Mum and dad will be along, with the whole family wearing high visibility clothing.

Please pass them wide and slow and don’t forget to make a donation either into the bucket they will be carrying or at https://www.justgiving.com/fundraising/kayleigh-jacques2

Pictures show Pheobe and her best friend Pepsi getting into fine fettle for their challenge (Kayleigh Jacques).