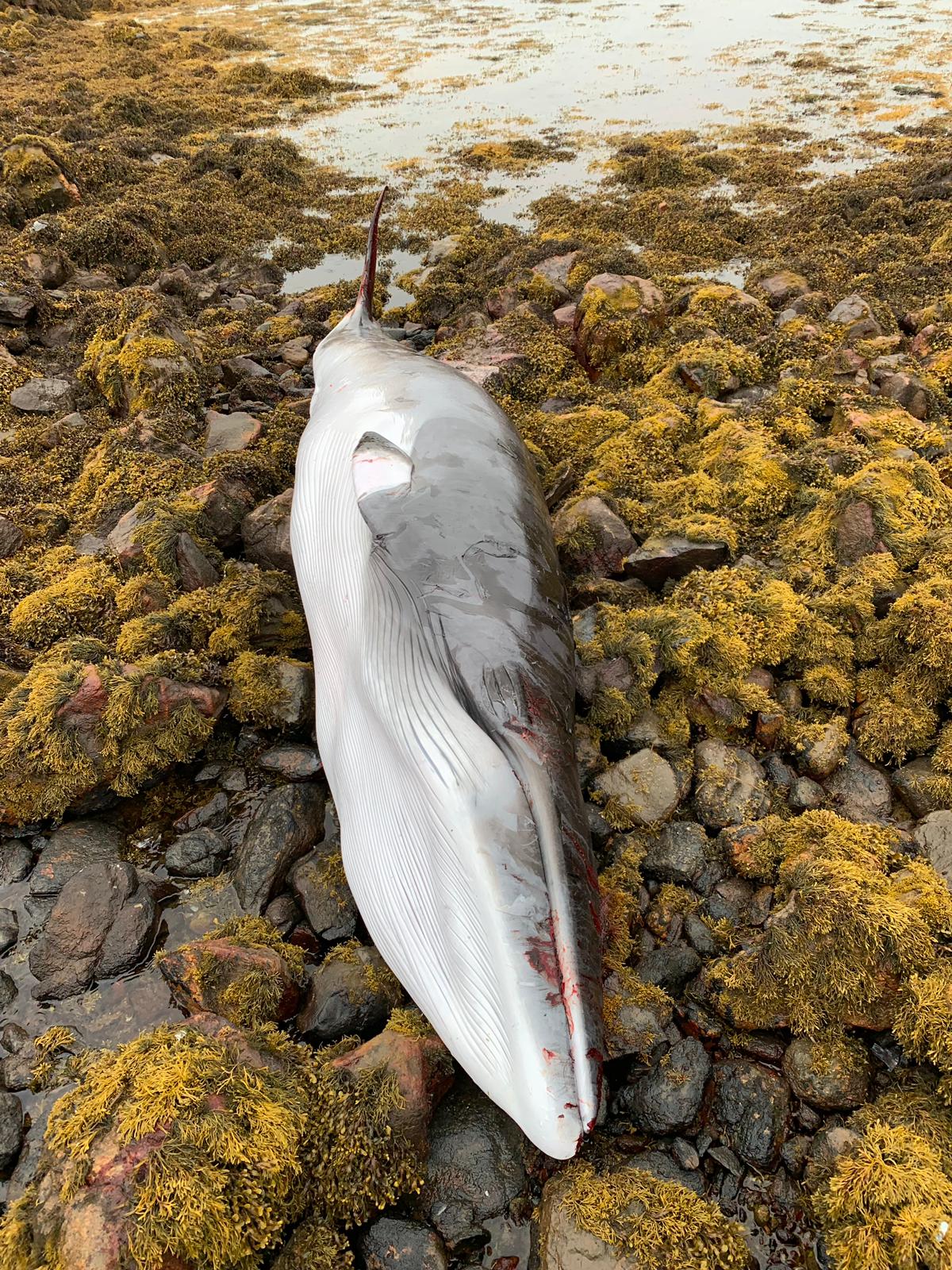 Coastguard Rescue Teams throughout the Western Isles have been active over the weekend with a variety of call-outs demonstrating the range of work they can be called on to do. 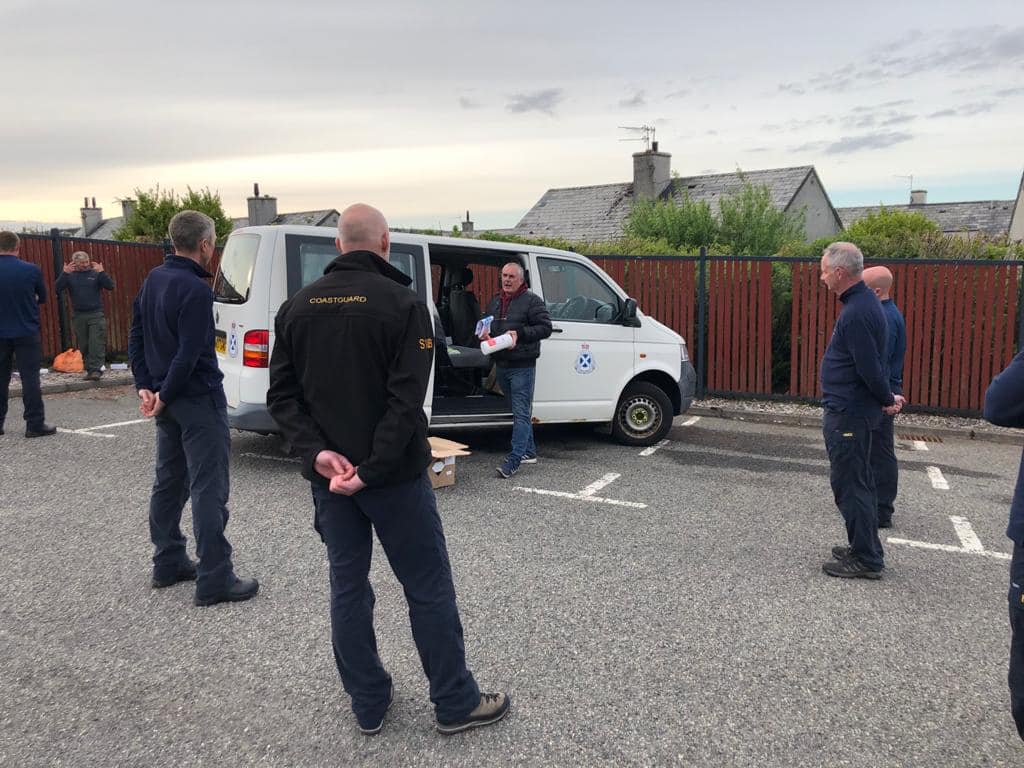 On Thursday evening (21 May) members of Stornoway Coastguard Rescue Team were taking part in training led by Scottish Ambulance Service on patient transport services, as part of their continuing support to NHS Western Isles for covid-19 preparations. 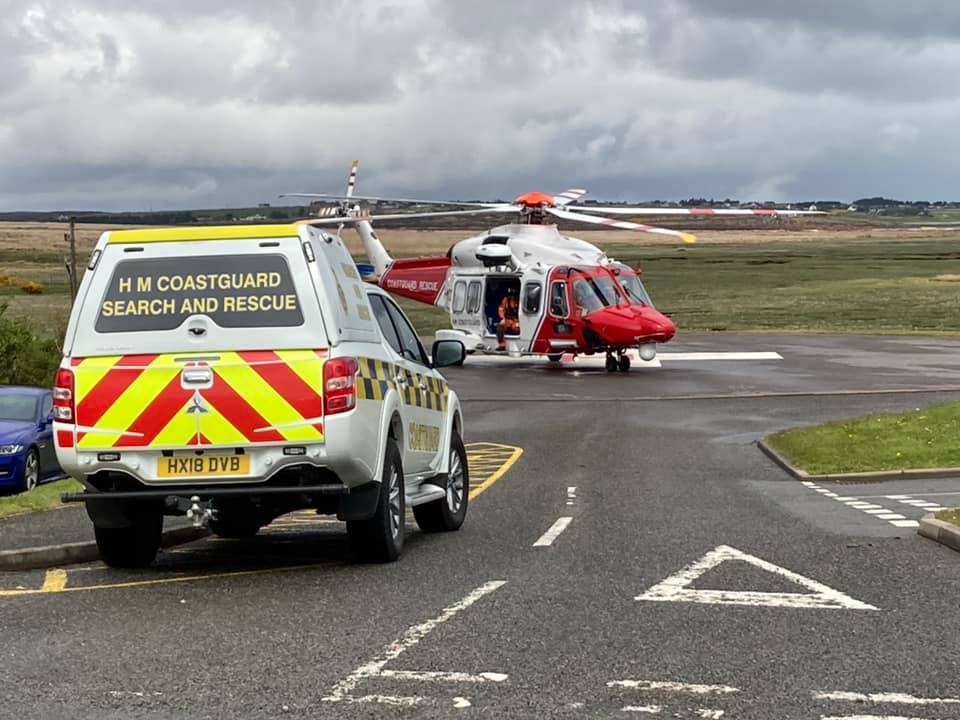 Earlier in the week (Tuesday 19 May) the Stornoway team had been asked to secure the hospital helicopter landing site for an incoming delivery of essential medical supplies. The helicopter was required for this delivery because fog had prevented the mail plane from delivering to Stornoway airport earlier in the day. 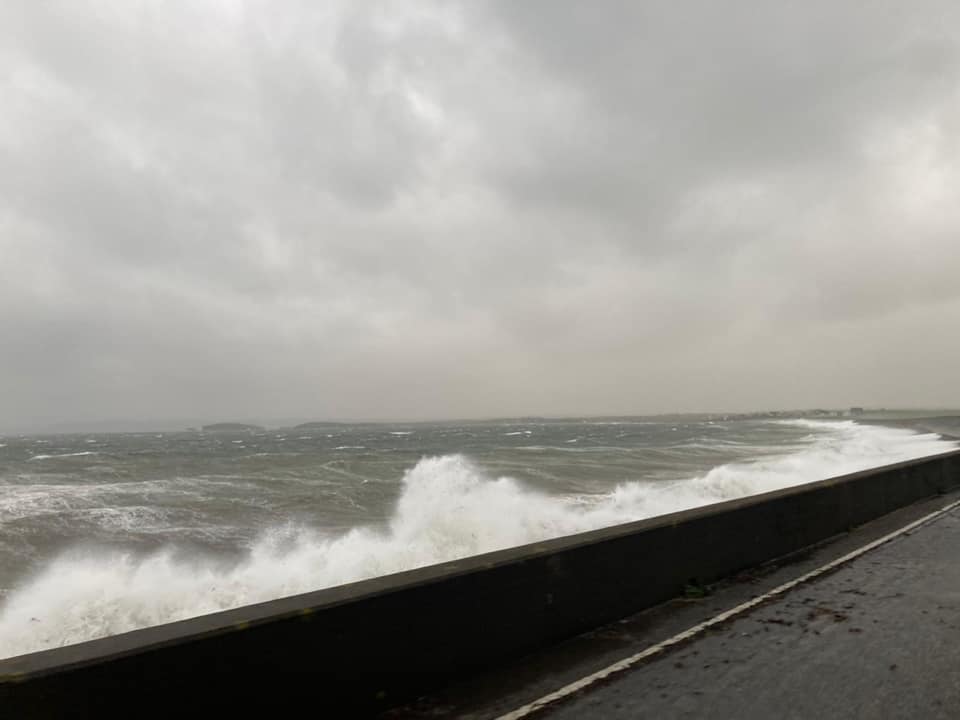 Just a few days later, on Friday (22 May) at 8.35pm, the team were in demand due to the weather once again, this time to assist Police Scotland and Comhairle nan Eilean Siar with the closure of the Braighe causeway in high winds, with waves overtopping the road.

Griminish, Lochboisdale and Benbecula Coastguard Rescue Teams were also in action on Friday, called upon at 2pm to attend a whale stranding in Loch Eport in North Uist. The whale was confirmed as deceased and relevant authorities informed, with thanks given to the first informant.

And Barra Coastguard Rescue Team were tasked just after 7pm on Friday to establish a landing site at Borve Machair for evacuation of an NHS patient to Glasgow by Coastguard helicopter.

On Saturday (23 May) it was the turn of Tarbert Coastguard Rescue Team to be called upon, this time to man the landing site for uplift of a 33-year-old man who was being taken to hospital in Glasgow.

They are usually tasked by Stornoway Coastguard Operations Centre and are one of the four ‘blue light’ emergency services within the UK, working closely with police, fire, ambulance, Coastguard helicopters, RNLI lifeboats, Mountain Rescue Teams and numerous other agencies as the incident requires.

The pictures are taken by Coastguard Rescue Team members and show conditions at the Braighe on Friday, the stranded whale in North Uist, patient transport training in Stornoway and the delivery of medical supplies by helicopter at Western Isles Hospital.