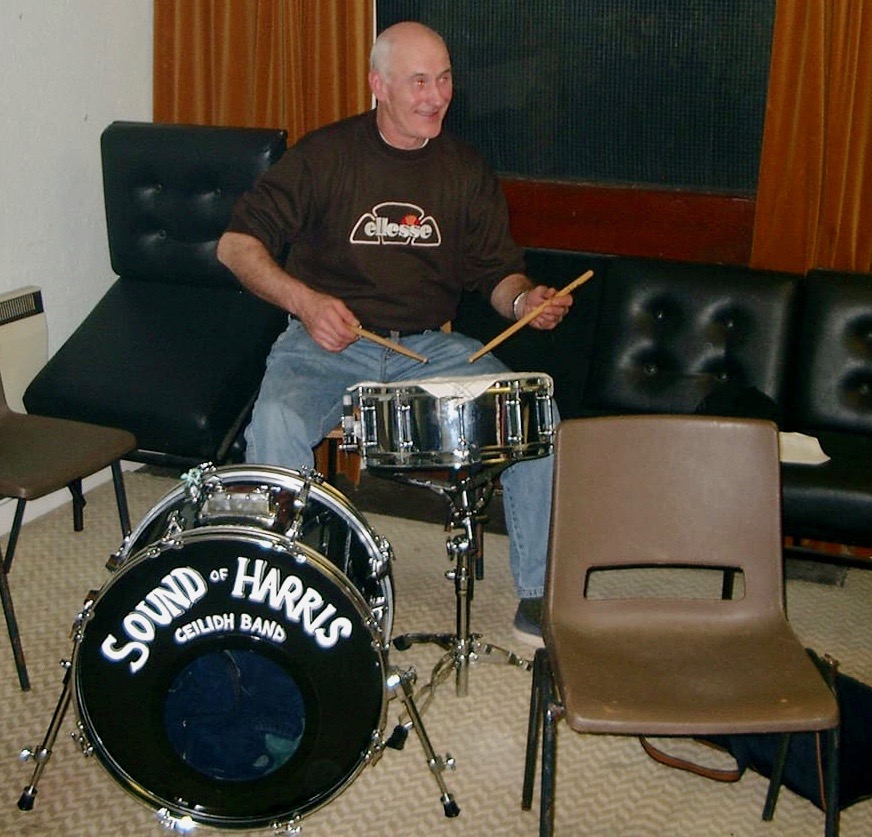 The sudden passing of Sammy MacLeod of The Anchorage, Ardhasaig, on Monday (18 May) at the age of 77 has taken some of the sparkle and mischief out of island community life.

Described as a legend, a gentleman and an entertainer, Sammy was known to be kind-hearted and loveable, with an eye for the ladies. In recent years he could often be found in Tarbert exchanging yarns and light-hearted banter with friends, something that was lost to the village with the coming of lockdown.

Sammy fished for lobsters for some years out of his home village of Ardhasaig, where his croft also sustained a few sheep, although his friends described him as more a man of the sea than of the land. 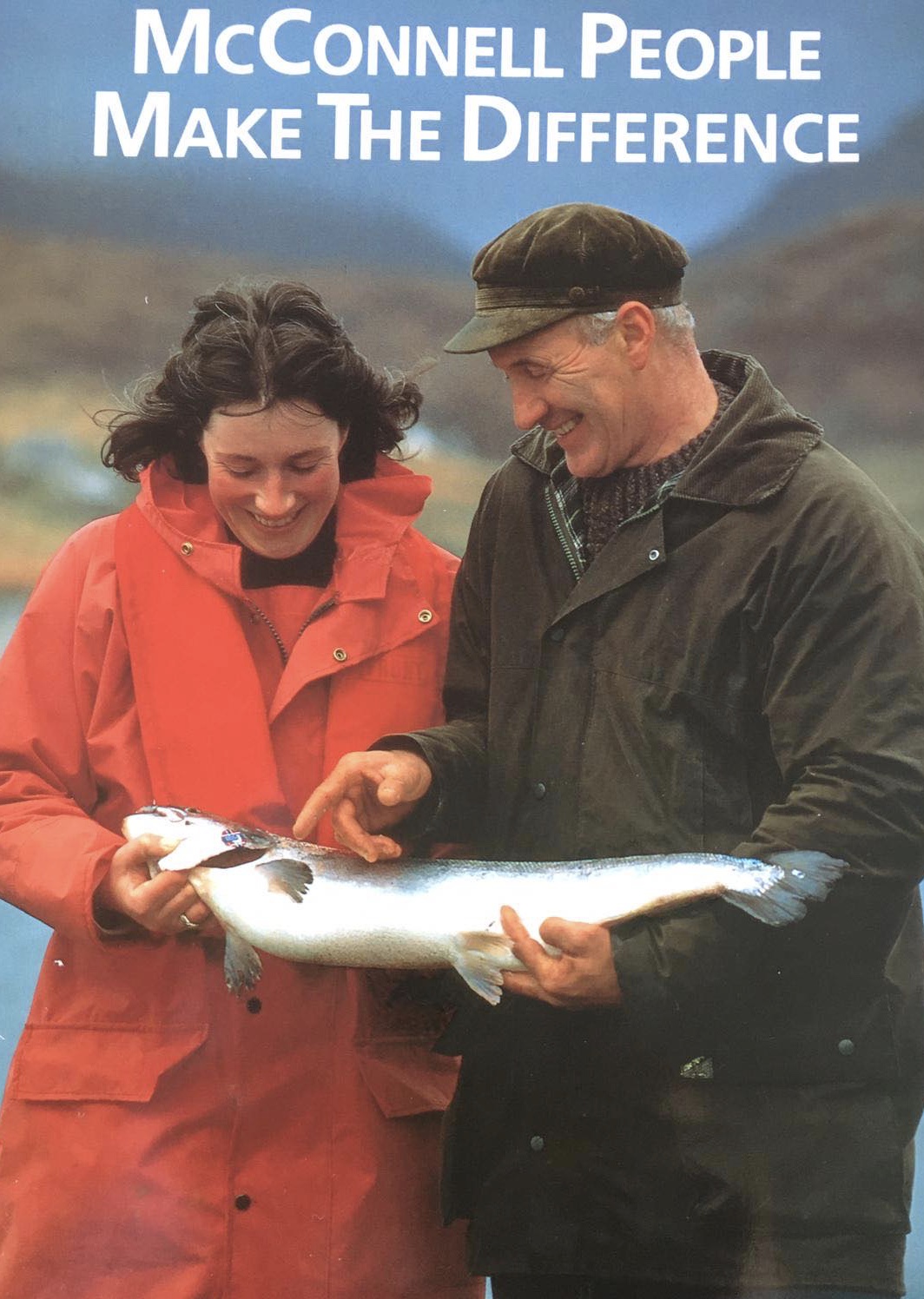 He was instrumental in the setting up of the McConnells fish farm at Ardhasaig, giving some of his croft to allow them to establish the buildings which are still there. Sammy also worked as a supervisor for the company and became great friends with site manager D M MacLennan – he is pictured here with D M’s wife Morag and one of the first salmon harvested from the site.

Long-time friend Neil Mackay of Northton said: “There was some opposition to the idea of fish farms in the islands then, but it puts food on the table for a lot of families and no-one had a bad word to say about Sammy himself.

“Everyone got on well with him. He was a really nice man, a good family man and a guy who would give you his last penny if he thought you needed it. He was a loveable rogue with a cheeky grin and a kind heart.”

Neil was one of four fellow musicians in the ceilidh band The Sound of Harris, in which Sammy played drums – although Neil says the craic was of a higher standard than the music – together with piper Angus Macsween and accordion players Neil and John Alex Shaw.

In his later years Sammy would mend creels for other fishermen and used to go round to the olds folks’ homes, demonstrating how he made creels before selling the creels for charity.

Sammy’s grand-daughter Karen Macdonald has spoken of the family’s great sense of loss at his sudden death, as well as thanking four paramedics who worked for over an hour to try and revive him.

She said: “Gramps had appeared on the television programme From Harris With Love and had become a bit of a local hero. People would recognise him on the street in Stornoway.

“One time when he was in the Co-op and had put all his shopping through the cash-out, he found he was without his bank card. The manager was called and he was told ‘We know who you are, we’ve seen you on the telly’. They let him take the shopping home and he called them later to pay.

“He was my world and it’s going to be so different without him. I spoke to him many times a day and would see him almost every day. He’s left a big hole in my life, and not just in mine. But we were so lucky to have him and to have the memories and the photos that we do.” 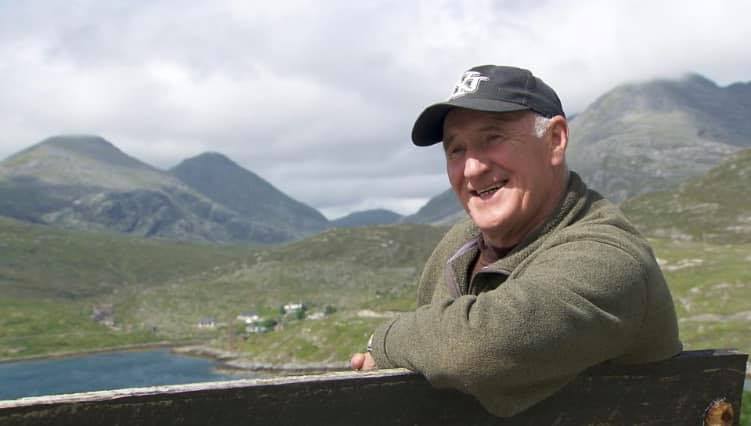 Sammy’s funeral procession is to leave his home at Ardhasaig at 12 noon tomorrow (Friday 22 May) and will pass through the village towards Tarbert, where it will pass around the streets and back to the main road for the cemetery at Luskentyre.

Piper Hamish Scott, grandson of Sammy’s friend John Murdo Morrison, is to play a lament as the hearse passes and until it moves out of sight.

Although the burial at Luskentyre can be attended by immediate family only, Karen said: “We have been asked by many if there was a way for people to pay their last respects.

"If anyone would like to stand outside as the hearse passes, to pay their last respects, they are most welcome to do so. Please bear in mind social distancing at this time.”

Sammy is survived by his children Cathie, Shonnie (Inverness), Angie (who lived with him at Ardhasaig) and Sam (Glasgow), by grand-children Karen, Roddy, Laura and Graeme and by his sister Dolly Cathie (Tarbert) and brother Roddy in Inverness.

The pictures show Sammy at his work at the fish farm (McConnells) at a band rehearsal behind his drum kit (Angus MacSween) and during the filming of From Harris With Love (BBC Alba). All pictures supplied by the family.