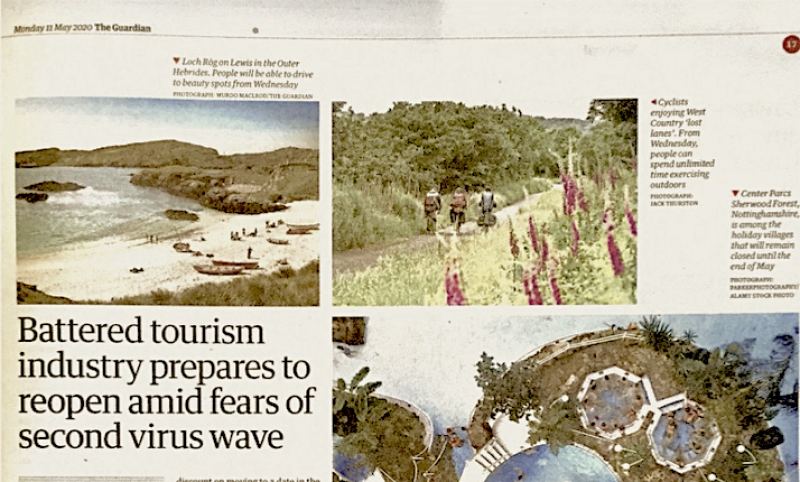 The London-based Guardian newspaper has fuelled an angry uproar across Scotland after using a picture from the Isle of Lewis in its edition  today (Monday 11 May) to illustrate a story about tourism prospects for this year.

The picture, a library photograph taken originally by Lewisman Murdo Macleod, shows a beach described as being on Loch Ròg in Lewis with the caption “People will be able to drive to beauty spots from Wednesday.”

Under the headline ‘Battered tourism industry prepares to reopen amid fears of second virus wave,’ writers Mattha Busby and Jedidajah Otte speak of ‘mixed messages’ across the UK, with VisitScotland tweeting pictures of Scottish destinations using the hashtag #StayHome.

But there are no mixed messages coming from islanders, who took to social media to decry the newspaper’s use of island scenery as a call to travel.

One commenter on Facebook wondered whether the photographer himself would be happy with the use of his image in this context, while another said: “The Guardian seems to be determined to promote us as a COVID destination for some reason. Hopefully anyone that tries will get turned away by CalMac.” Another went further, suggesting that providing CalMac staff with armaments might be the way to keep the islands safe from visitors.

CalMac’s group director of communications and community engagement Stuart Wilson has given a firm endorsement to island views on Twitter, saying: “For the avoidance of doubt, anybody trying to get to the Outer Hebrides from Wednesday onwards who is not an islander or undertaking essential work will need to have an amphibious car!”

In this afternoon’s media briefing, First Minister Nicola Sturgeon MSP made an oblique reference to the paper’s reporting and to other reports which she described as ‘confusing’.  Ms Sturgeon said: “Can I also make a respectful plea to the media. Your scrutiny role is essential, and you perform it robustly - rightly so.

“But at a time like this - when health is at stake - all of us have a public duty too. Please make it clear to your readers, listeners and viewers what the actual situation is in different parts of the UK.

“Confusion only arises if we as politicians and the media who report on us are either unclear in what we are asking people to do - or if we give a misleading impression that decisions that apply to one nation only are actually UK wide.

“Never has the duty on political leaders to communicate clearly been greater. And in the provision of basic public health information, I hope the media will continue - as most of you have been doing - to appreciate the importance of that too.”

Na h-Eileanan an Iar SNP MSP Alasdair Allan has urged people to stick to the lockdown guidance in Scotland and to refrain from visiting the Western Isles.  This comes as changes to lockdown in England were announced by UK Prime Minister Boris Johnson on Sunday evening. However, with the exception of a change allowing people to go outside more than once a day to exercise, all other lockdown restrictions remain in place in Scotland.

The key message in Scotland remains Stay at Home. Reasons for leaving your homes include:

All social events and public gatherings of more than two people – excluding households or for essential work-related purposes – remain banned.

Alasdair Allan MSP said: “I have received a lot of queries and comment following the Prime Minister’s address yesterday evening, and the confusion this has caused is deeply regrettable. We have already seen a national newspaper print a photo of the Hebrides beside a caption saying that people would be able to drive to beauty spots from Wednesday. The First Minister had to set the newspaper right on television today and remind them what the rules in Scotland are.

“While the Prime Minister is perfectly entitled to make such decision for England, the guidance on lockdown in Scotland is largely unchanged. The travel restrictions to the islands also remain in effect and people should not be travelling to the islands for anything other than essential reasons.

“CalMac staff should be praised for the difficult job they are having to do in policing this. This is not something they were ever trained for, or ever thought they would have to do, but from all accounts they are doing a tremendous job under challenging circumstances.

“Having made real progress in recent weeks, our objective now must be to consolidate and solidify that progress. Restrictions will be kept under constant review, and the Scottish Government will set out a phased approach to relieving some of the pressure of lockdown as soon as it can.

“But for now, it remains vital that we continue to adhere to measures to slow down the spread of the virus. Everyone should be staying at home whenever possible."

And Comhairle nan Eilean Siar is also urging people to obey Scottish lockdown laws and not travel to beauty spots in the Islands.  The reminder specifically follows the article in today's Guardian newspaper that contained the photograph, with the caption ‘Loch Ròg on Lewis in the Outer Hebrides. People will be able to drive to beauty spots from Wednesday.’

A spokesperson said “We would remind everyone that in Scotland it is not permissible to drive to beauty spots. There are also restrictions on travelling to the Islands and we must see these maintained for the continued health of our population.” 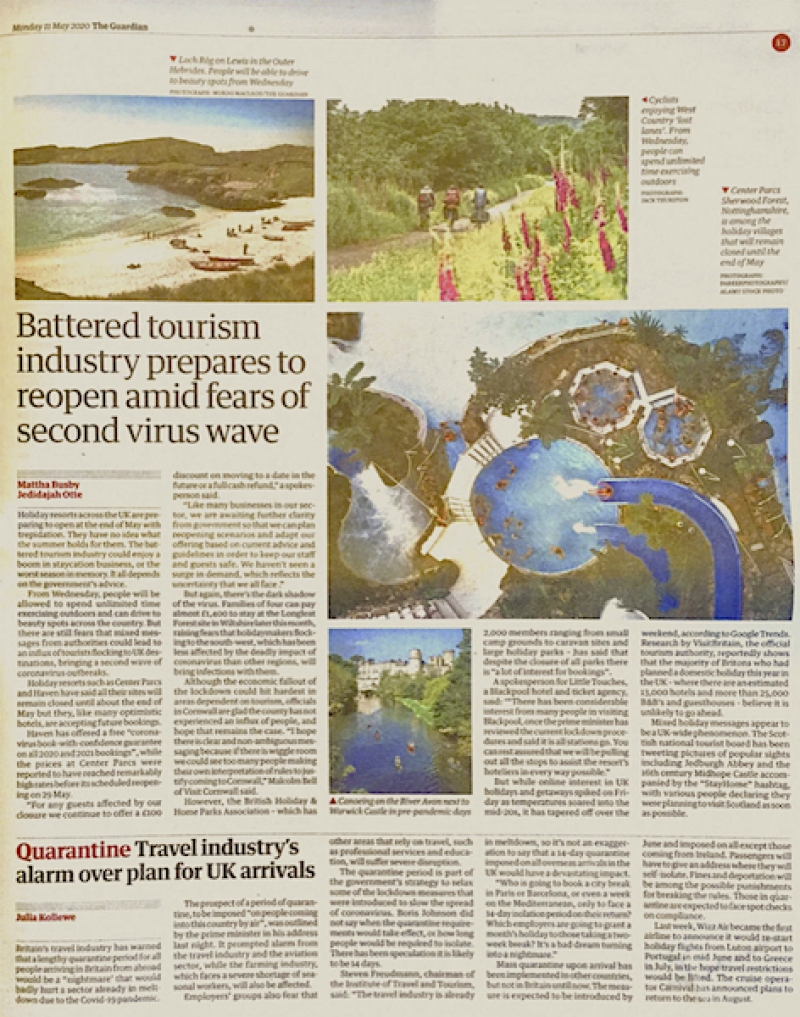