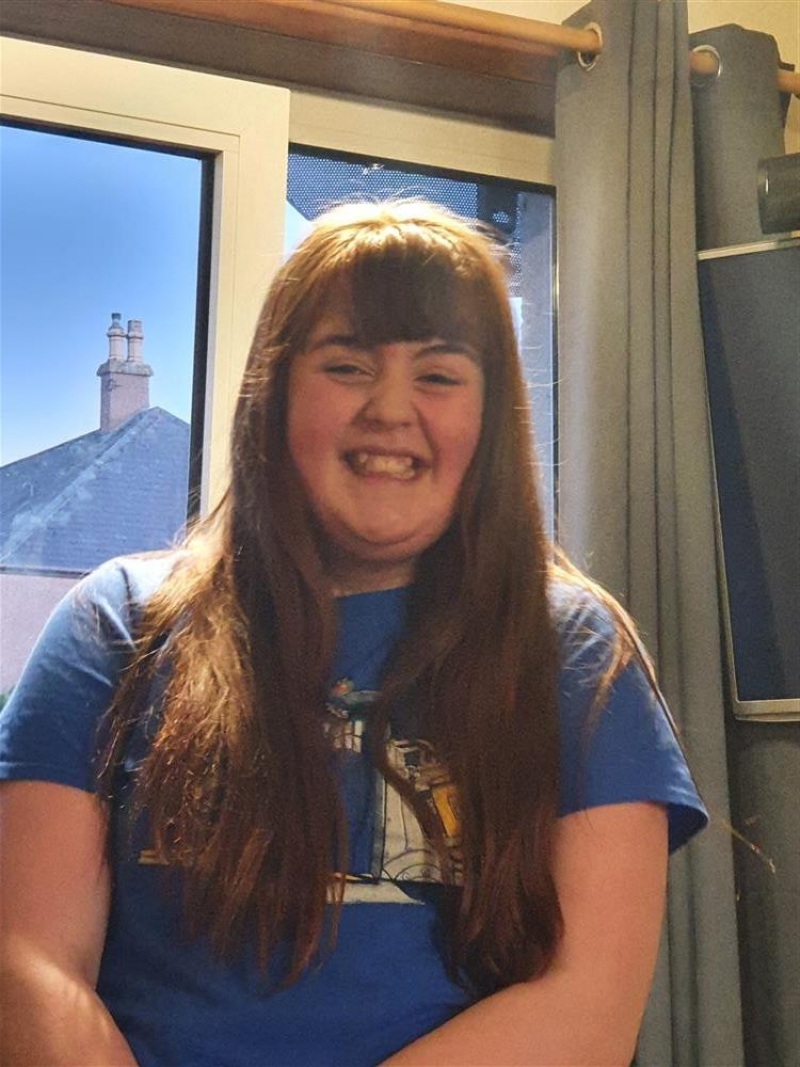 A whole summer in lockdown might not seem like much fun, but 13-year-old Sarah Smith from Stornoway has decided to make good use of it – trying out new hairstyles while raising funds for charity.

Sarah has pledged to get all her beautiful auburn hair shaved off to raise funds for Bethesda and, in a double donation, she’s also going to give her long locks to the Little Princess Trust, who will turn them into a real hair wig for a child with cancer.

Mum Fiona is the one who will be wielding the clippers on Saturday 9 May – a date her daughter has chosen with a special purpose in mind.

Fiona said: “I was due to be getting married to Kevin Macdonald, the podiatrist, on that day and I think Sarah was thinking of taking my mind off the fact that we’ve had to postpone the wedding.

“She’s been talking about doing something for charity for a while and, while we’ve been in lockdown, her hair has been getting really long and annoying her. I was asking her if she’s absolutely sure, because it will look so different, but she found an app on her phone where you can make yourself look bald and she reckons she’s got a nice shaped head for it.”

An app’s not the same as reality, but mum and daughter are both ready for any tears on the day. Fiona said: “I am a wee bit worried about how it’ll be when she actually sees it, but she says if she cries, she’ll just go to her room and cry and then she’ll get over it.

“I think she’ll rock it – and she’s been doing research on styles while it’s growing back and reckons she’ll try out some new looks, like keeping one side shaved and growing the other.”

Sarah’s plan has already been a spectacular fundraising success. Her JustGiving page at www.justgiving.com/fundraising/Fiona-Smith91 has taken £1,160 in donations, more than doubling Sarah’s £500 target for Bethesda.

As for the shavee herself, she’s keeping a calm, mature head on her shoulders through all of the preparation. She said: “I hope I manage to raise a lot of money for a worthwhile cause.

“My mum is a nurse on Bethesda and it is a wonderful place, a hidden gem. People are scared of it, but it’s more than just an end of life place.”