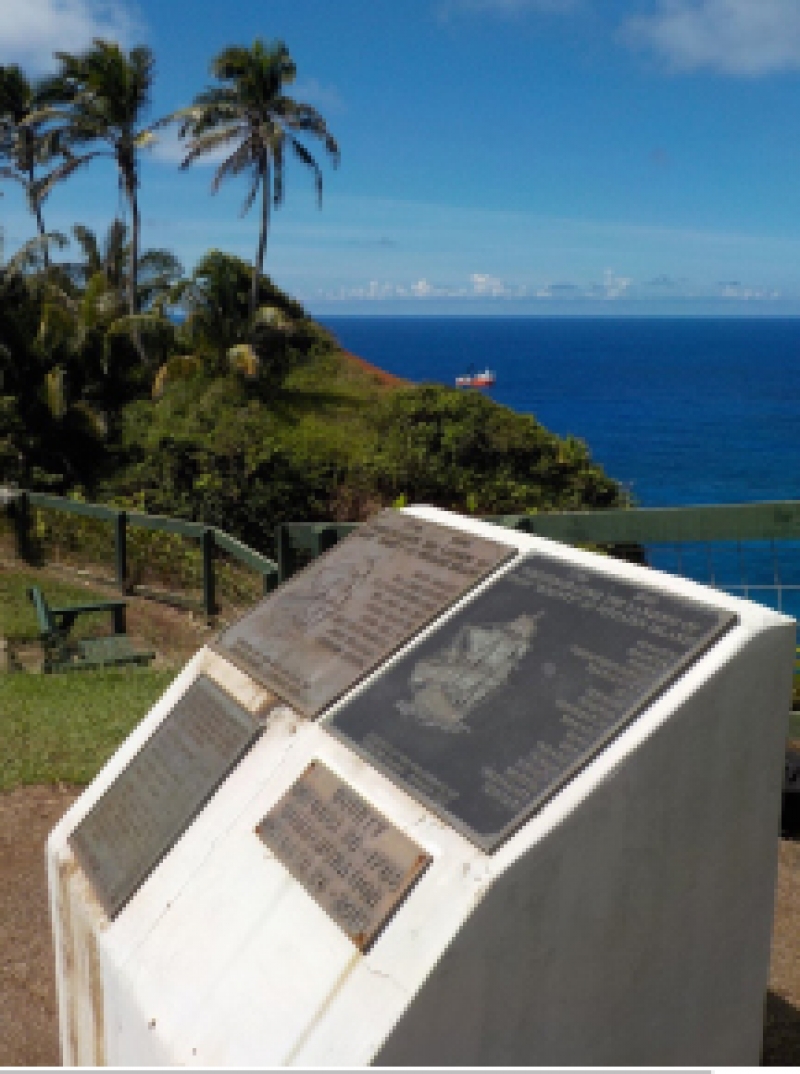 Pitcairn is one of 26 countries and territories in the world that has thus far escaped the COVID-19 pandemic, writes Taylor Edgar.

And Pitcairn, the speck in the middle of the southern Pacific Ocean made famous by the Bounty mutineers, would rather keep it that way.

For, with 44 inhabitants and located thousands of miles from any major landmass, Pitcairn islanders are incredibly vulnerable if the coronavirus was ever to make landfall.

Simon Young, the editor of Pitcairn’s Miscellany newsletter, with typical islander equanimity, admits the island is not going to be “well situated” if coronavirus arrives.

He told welovestornoway.com: “We have no ICU.  It is possible to medivac but realistically extremely difficult as the nearest hospital is 1,500 miles away in Papeëte, Tahiti. This journey alone translates as two days by boat to the nearest island in French Polynesia, which has an airport, and then a flight, which only goes to Papeëte once a week. Plus, you have the problem of getting a boat. The only vessel capable is the supply ship which visits once every three months and is not permanently anchored at Pitcairn on standby.  So limited health care options here are the price of paradise.”

A Yorkshireman by birth, Simon has lived on Pitcairn - an island group that makes St Kilda appear positively suburban - for the past 20 years with his American wife, Shirley. They are part of the 38 permanent resident community, the island’s population being swollen to 44 by temporary workers including the doctor and a police officer. 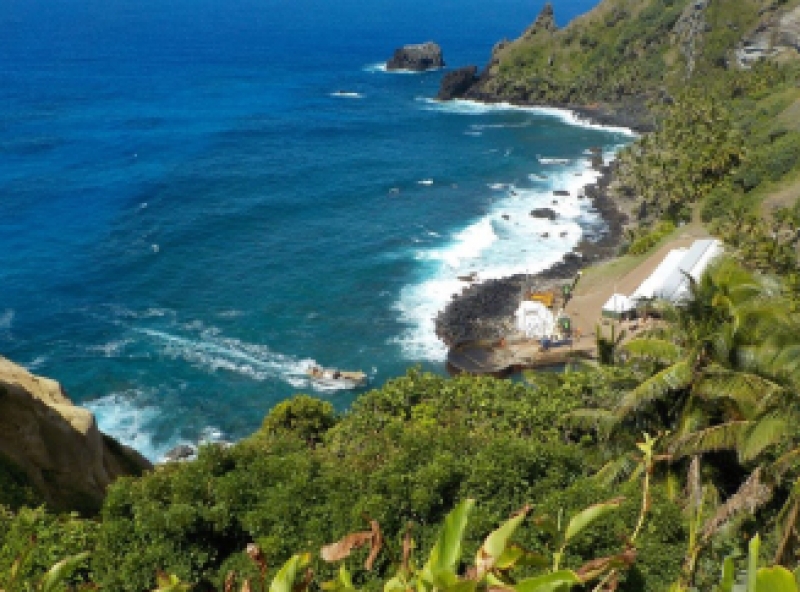 Simon and Shirley are well used to the realities of the daily life of Pitcairn, one of two British territories, the other being St Helena, that are uninfected. But Pitcairn is far from blasé about the possible existential threat posed by COVID-19. Subject to a game-changing vaccine, Simon finds it difficult to imagine an exit strategy that does not involve opening Pitcairn’s borders and having the virus go through the community.

Ironically, for now, it is Pitcairn’s sheer remoteness that maybe its saving grace. Pitcairn has pulled up the drawbridge, sealing its borders and denying entry to all visitors.

There is only one harbour, and that’s used exclusively by locals.  The harbour’s draft is not deep enough to accommodate large vessels, including the island’s lifeline supply ship. Outside vessels anchor offshore and rely on islanders to ferry visitors and supplies on to the island. But due to Covid-19, this is no longer the case.

“All contact with the vessels is now prohibited except for the supply ship.  Currently, yachts, container ships, cruise ships are welcome to circumnavigate the island, but that is all,” explains Simon.

“The only outside vessel permitted now is our supply ship, which comes with supplies approximately every three months.  Any locals who are currently off are returning on this vessel.  It comes from New Zealand and takes 14 days to arrive, which is a reasonable incubation period.  We also have had them restrict their movements for the 14 days before embarkation in New Zealand.  So probably our regulations are extremely tight in comparison to others.”

Pitcairn is now holding its breath and feeling fortunate that COVID-19 has not reached them so far.

“Many are fearful it could get here, and with the limited health care then a higher than average death rate will likely be experienced.  In a community of 38 locals, any loss is deeply felt,” says Simon.

In the meantime, life goes on, albeit under challenging circumstances. The local economy, which depends on tourism,  is being hit by the lack of visitors. Likewise, the island’s sole government-operated shop is limiting sales to customers. As the shop is worried they may struggle to restock from their usual suppliers in New Zealand due to global restrictions. 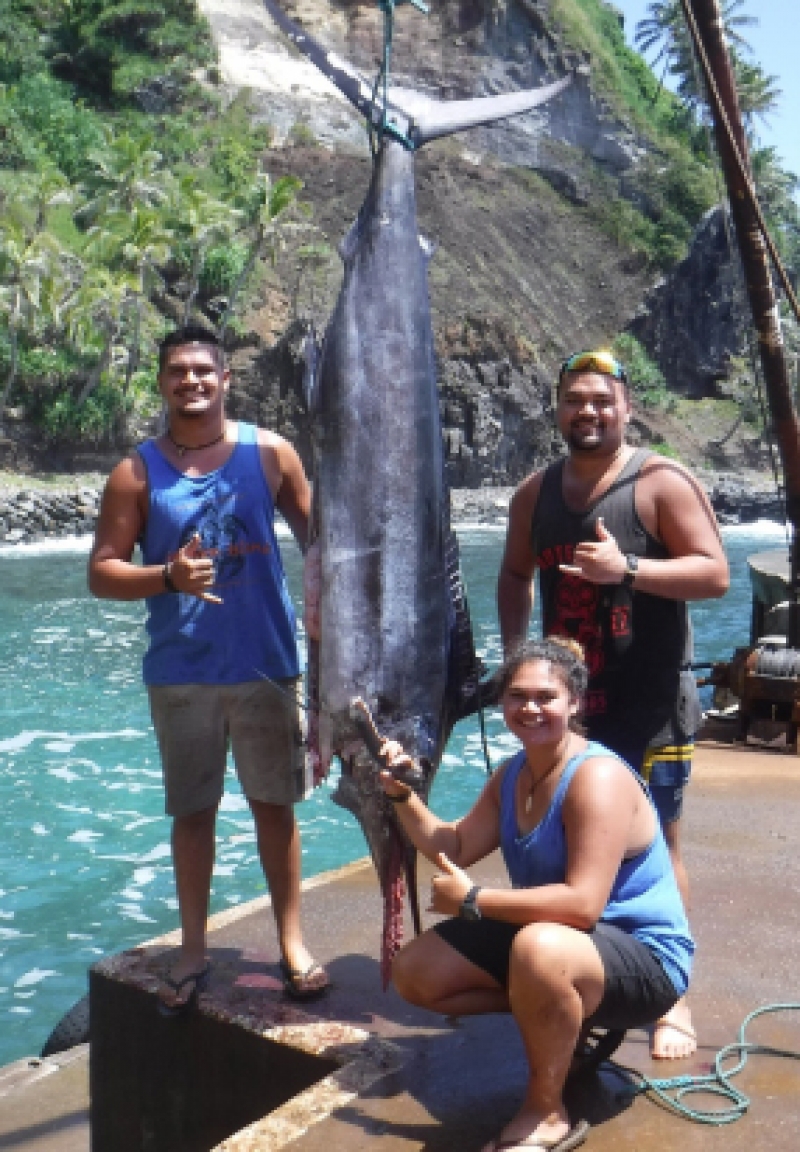 But it is not all bad news. As Simon points out: “We live on a lush island surrounded by enormous fish stocks. The Pitcairn Islands are a No-Take Marine Protected Area of 830,000 sq/km, except for local fishing for consumption.  The soil is fertile, and we can grow all fruits and vegetables imaginable except for plants requiring vernalization.”

One thing that he is sure won’t change is the community spirit. With one doctor in the local health centre, there is an inherent desire to pull together as a community. This even extends to mounting night shifts to care for anyone that has become sick and requires care.  And COVID-19 is unlikely to change this, Simon feels.

With their isolation and robust measures in place, it seems unlikely that COVID-19 will get a foothold in Pitcairn until the islanders themselves decide to lift their restrictions. As a result, limiting movements has not been felt necessary.

Laughs Simon: “We are not limited to movement of any kind. Though you could argue we are limited by the two square miles of land, that is not seen as a limitation here.  So in that sense, we carry on as normal, public dinners, public gatherings, fishing, gardening, maintenance of homes, government jobs, all proceed normally.”

Only time and the eventual lifting of visitor restrictions will tell whether Pitcairn sees off Covid-19 with the same survival instincts as their Bounty mutineer forebears.

About Pitcairn and Simon and Shirley Young