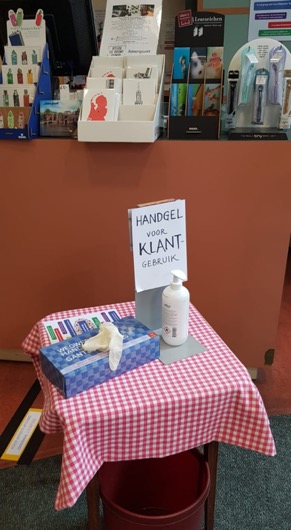 Lockdown in the Netherlands

Common sense and public trust are strong elements of the approach to the Coronavirus pandemic being shown in the Netherlands.

Our reporter, Annie Delin, asked her long-time friend Mark van Ments to give an outline of what life under lockdown in the Netherlands is like.

Mark lives in Amersfoort, south-east of Amsterdam in the province of Utrecht, with his wife Madeleen and their two primary-age children, Lucas and Juliette.

Mark said: “The last day my office was open was the auspicious Friday 13th March, so I’ve been working from home for over four weeks. The schools closed a week later, and my wife, whose face-to-face job has had to be put on hold, has had the difficult task of keeping the kids focused on work and not killing each other.

“The children have been used to traditional methods with blackboards and books, rather than laptops and video. They have adapted rather quicker than the teachers, who have the difficult job of preparing a week’s work in advance and getting it out to children. But the children are getting used to it, and are learning organisation skills, if nothing else.

“Before my current job I used to work from home and, in some ways, things don’t feel much different from how they did back then. The children are at home, so it feels a bit more like a holiday than a working week, and the streets are quieter. But if you only want to go out for a walk and to do the shopping it doesn’t feel that strange.

“For people who have to go out to work, or cannot work from home, on the other hand, particularly those in the health and food sectors life is completely different.

“The ‘social distance’ rule here is 1.5 meters apart, rather than two. The advice is not to go out in groups, but how big the group can be is not clearly defined – you see whole families walking together.

“Children are still playing in the street, but only in pairs or trios, except for the odd group of teenagers sitting together in parks. The official guidance says:’ Parents are asked to make their own estimates and use common sense.’

“The biggest difference is that handshaking and kissing (three times is the norm) have disappeared from the greeting rituals when you meet someone you know.

“The most recent rule was to have no more than three people from outside your family as visitors. Most people don’t invite people into their houses any more but stick to gossiping on the street or having a drink in the garden, sitting the required distance apart.

“Some people are much stronger on the rules, either through vulnerability or just to make it easier to have a single rule for the whole family. Despite the possibility of a hefty fine of €390 (€85 for teenagers) a few people seem to flout the rules altogether – but not many.

“Buses and trains are still running, albeit on a Sunday timetable. But the buses drive past you with just the driver on board as most people have nowhere to go.

“Essentials such as pharmacies and supermarkets and other food shops continue to open. Large supermarkets like Albert Heijn have a strict one-person only rule and have closed half the self-checkouts so that people can stand further apart.

“Our local organic shop is much less strict, asking only that fewer than four people are in the fresh fruit and veg area. Most shops with shopping trolleys and baskets clean them between use and hand them to you personally on entry.

“Shops can choose whether to open. Some clothes and makeup shops are closed, but most other shops are still open, although doing very little trade. I could go and buy books, birthday decorations, exercise books, phone battery and sports goods all from the high street.

“All shops provide free antiseptic handwipes, tissues and other essential tools for keeping safe and all shops have lines on the floor to help people gauge how far 1.5 meters is when they are queueing to pay.

“All forms of group entertainment (cinema, theatre, etc.) are closed and all restaurants. However, there is some flexibility – restaurants can still deliver and some takeaways remain open. For example, the traditional chip shops still serve chips with mayonnaise or sate sauce and the Italian ice cream parlours still provide a multitude of flavours to be eaten outside in the street.

“The only difference is that there is a one-way system that only allows one person in the shop at a time while the rest have to queue outside, using the lines on the pavement for guidance.

“As regards exercise, the advice here is to keep exercising, and there isn’t really a fixed time limit. Going out at the weekend you still come across walkers and cyclists in their complete Tour de France outfits, ringing their bells madly at you to get out of the way.

“Advice is to go to places which are less busy. To help people with this many car parks in the countryside are closed, so people don’t go for a walk in isolation and come back to stand next to a whole load of cars. Some places, for instance popular seaside resorts like Scheveningen, do have patrols to try to limit the numbers. But most places are reasonably empty and even popular cycle routes have enough space for people to keep their distance.

“All sports clubs are closed, which makes sense for indoor and contact sports, but is a bit unfair on those of us who play tennis and can play from the baseline 23 metres away from our opponent.”

The pictures show the sign in the window of the San Marco ice-cream parlour in Amersfoort, which reads: ‘Enjoy Responsibly. Beware: social distancing 1.5 metres’ (picture by Lucas van Ments) and hand gel for use by customers in a bookshop doorway (picture by Madeleen).