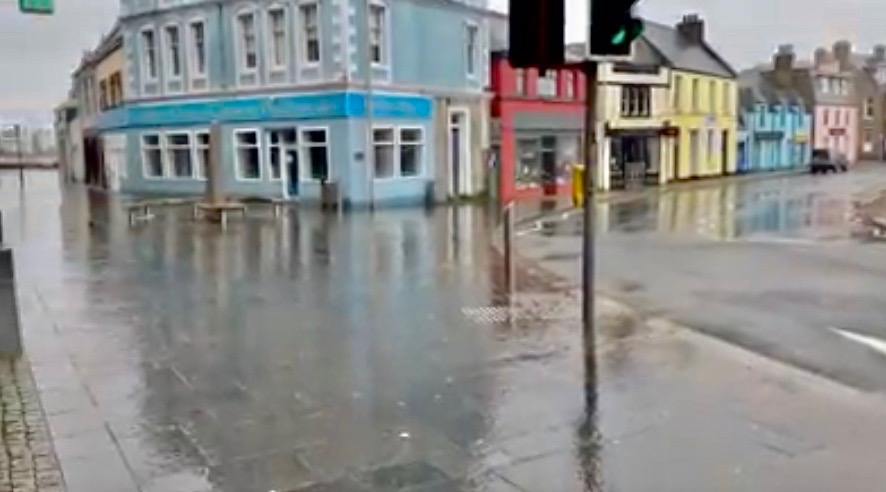 There’s new hope for Outer Hebrides businesses, hanging on by a thread as they wait for Government support to meet the costs of furloughed worker salaries during the Coronavirus crisis.

The UK Government’s Coronavirus Job Retention Scheme could be available for applications by Monday (20 April), reducing the waiting time that employers feared could see their cash reserves exhausted before grants were received.

The scheme gives employers the chance to keep staff on their books, sending them home from their jobs with the guarantee that 80% of their salaries will be paid by the UK Government.

Employers have been waiting for the application portal (available here) to open for claims but HM Revenue and Customs had posted no firm date for the scheme to open.

But today (Tuesday 14 April) David Richardson, development manager for the Highlands and Islands Federation of Small Businesses, has reported positive news on an accelerated process for the scheme.

He said: “We understand that HMRC will launch the new system on Monday and that payments should start to appear in accounts at the end of this month. We are watching the situation closely.

“The UK and Scottish Governments reacted very quickly and came up with unprecedented packages of support. They then needed to get the systems and rules in place for delivery and everyone behind the scenes is working their socks off to try and get in place a system that works.

“I know that businesses are worried sick about this situation, but we can only go by what we know. It should be a short period after the April date that the money starts flowing.”

The news will come as a relief to many island businesses, faced with mounting staff costs at a time of little or no income.

John Moffat, chair of the Outer Hebrides Chamber of Commerce, said: “Companies’ income has stopped and not all businesses have the resources to pay staff.

“There are Scottish Government grant schemes helping some sectors, but these are not supposed to be for meeting the cost of wages. Some staff may not be getting paid at all, being told that they will have to hold on and wait until the grant comes through before their employer has enough in the bank to pay them.”

The biggest concern for businesses remains that the inundation of applications to the claim system could see the website crash or payments out being delayed under sheer volume of work.

John Moffat said: “HMRC systems are robust and you’d like to think that they could cope, but who knows? This is a brand new system which will be heavily used from day one, so it could struggle.”

And any delay in paying out the money to meet the costs of furloughed staff could add to an toxic situation in industries related to tourism, already cash-poor and treading water as they held on for the start of a season that was due to start at Easter.

John said: “We’re now looking at the risk of there being no summer season, or no tourism season at all in 2020. That could mean tourism-facing companies getting no meaningful income this summer.

“In the worst-case scenario, that could mean no income between September 2019 and March 2021. My worry is that this uncertainty will continue until July and then we have effectively lost the season. It’s going to be a challenge for businesses survive.”

Some of the uncertainty could be relieved by next week, but David Richardson believes that there is little to be gained by reinforcing alarm or criticising what has been done to help.

He said: “Of course there are concerns about what happens when this ends, but the question is what can we do? What we have to do is to ensure that businesses are looked after now.

“Matters of life and death had to be looked after first and, as the time passed, we could see where the weaknesses and gaps in support were and try to plug the gaps and buttress the weaknesses.

“It should now be a short period before the money starts flowing and, in the meantime, it’s important that businesses make sure they do everything they can to speed the process along once applications open.”