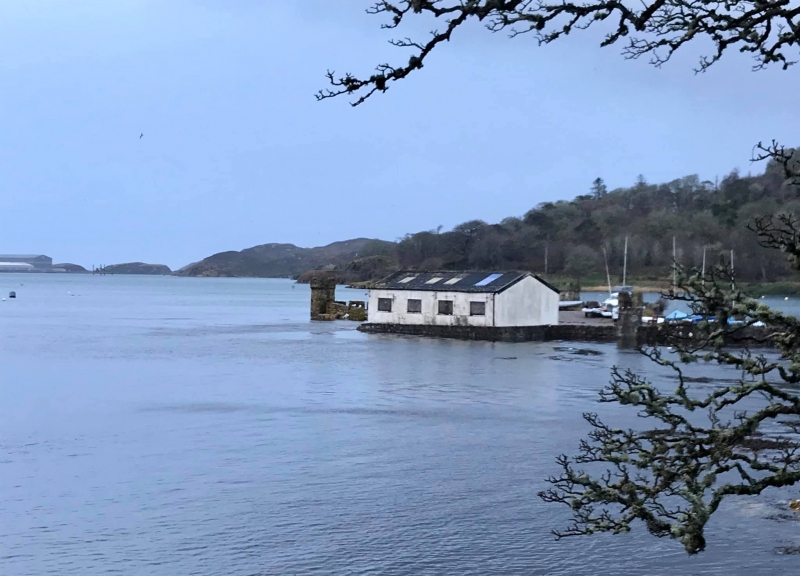 Ferries and planes are disrupted today (Tuesday 11 February) as a new wave of blustery winds blows from the Atlantic carrying hail, snow and possible lightning strikes.

And the weather has affected power supplies, too, as 30 households in the Uig area found themselves without power just after 10am this morning. Scottish and Southern Electricity Networks (SSEN) have sent a team of engineers to find and rectify the fault.

Overnight last night properties on Robertson Road in Stornoway were without power, as engineers worked on a recurrent cable fault which has affected the Matheson Road area since Storm Ciara hit at the weekend.

No ferry services are running today to or from Barra, Harris or North and South Uist, and this afternoon's 2pm sailing from Stornoway and 5.30pm from Ullapool have also been cancelled, with threatened disruption to tonight’s freight service.

At Stornoway airport the mid-morning flight from Edinburgh is currently reported to be an hour and a half behind schedule, with the departure to Edinburgh delayed until 12.50pm, though passengers are asked to check in as normal.

The Western Isles remains under a Met Office warning for frequent and heavy snow showers and strong winds, leading to possible blizzard conditions, especially at higher levels, until midnight tonight. A further warning is in place for tomorrow, when more snow showers and icy conditions could cause a hazard for pedestrians, drivers and power supplies.

They said: “Due to a combination of high tides along with a large surge, wind and waves there is a risk of flooding in coastal areas during Tuesday. The greatest risk is around the times of high water. There will be a risk from wind and waves at all times, particularly on exposed western coasts.”

Police in Barra last night requested assistance from the Castlebay Coastguard Rescue Team as the Vatersay causeway was threatened with inundation from a high tide driven by the strong winds. The causeway is again being monitored tonight, as are all causeways and coastal routes in the islands.

Picture: tides are high even without storm winds, as seen this morning at Cuddy Point in Stornoway.