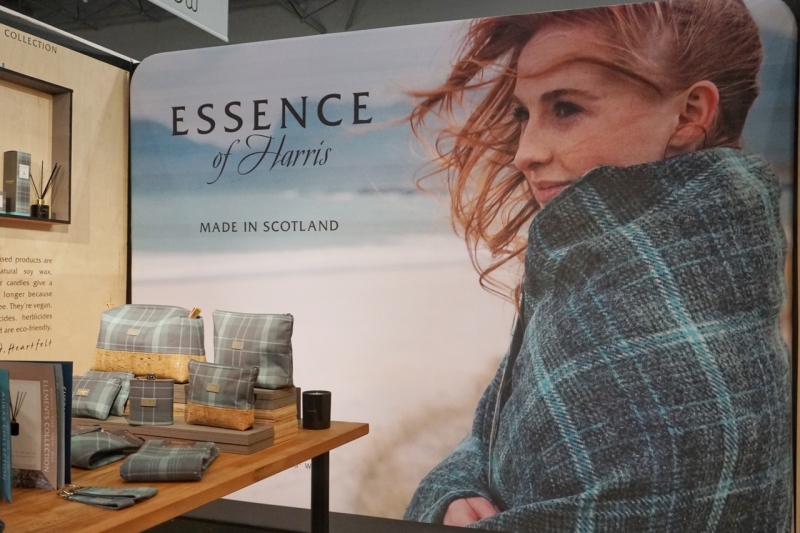 Within two hours of opening their booth at NY Now, the largest wholesale trade show in the USA, Essence of Harris were already taking orders.

The Tarbert-based candle company were in New York City this week to share their brand and products with the biggest home and lifestyle buyers in the country, flying the flag for the Isle of Harris and their growing range of hand-poured candles, fragrances, and island-inspired products.

“It’s been such a great journey,” says Jamie McGowan, Managing Director and Co-Founder, who was spreading the word about Essence of Harris in Manhattan alongside Beth Shannon, the company’s Marketing and Communications Manager. “I walk past here and go ‘Gee whiz, that’s our booth! There are our products here in the middle of New York.’”

The Essence of Harris booth – sitting in the Wellness section of a show that had more than 2000 businesses in attendance – featured selected candles on one wall and a map of Scotland on another. Their tartan products, which were launched in 2018 and include scarves, throws, and cosmetic bags, were also getting plenty of attention from passing buyers – especially when they learned that the thread count on the tartan matches the GPS coordinates of Harris. 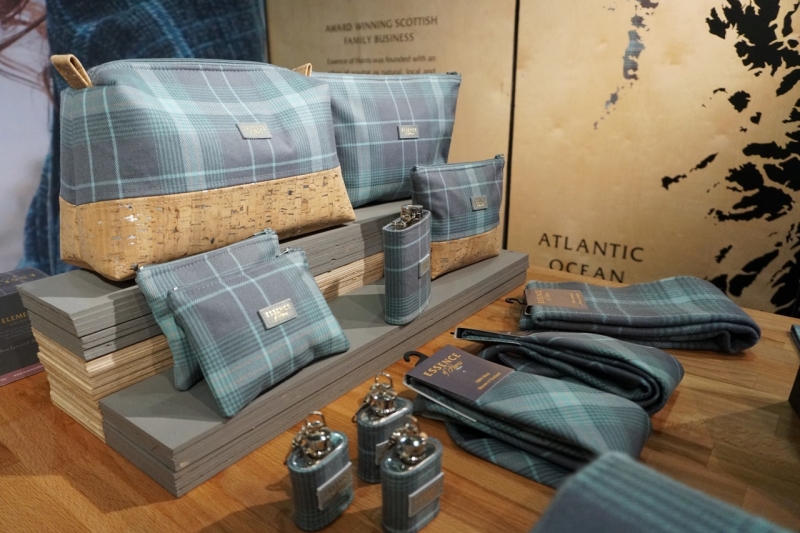 Despite all the buzz, Essence of Harris’ arrival in America hasn’t happened overnight. Their presence in New York City is the result of hard work, lots of planning, and plenty of organizing (even down to making sure their brochure was produced using American English). “We felt New York was the best fit to start with, to see if we could compete in the market,” says Jamie. If their experience this week is anything to go by, Essence of Harris can certainly compete; they secured not only orders but meetings at some of the country’s biggest lifestyle brands, like ELLE and Martha Stewart Living.

Their success at NY Now comes after a busy few years for the company. Essence of Harris began life in 2015 as Buth Bheag, when Jamie and his wife and co-founder, Deenie, opened a small shop in Harris. After re-branding in 2017 to Essence of Harris, the company have gone on to win multiple awards, hire more staff, and expand their premises. Essence of Harris now have a factory and large shop in the centre of Tarbert; outlets in Inverness and Aberdeen airports; and a new store in Glasgow’s high-end Princes Square shopping centre.

In just five years, they’ve gone from pouring candles at a kitchen table in Tarbert to pitching America’s biggest buyers in New York City. “Myself and Deenie have a really dedicated group of people working with us, we haven’t been able to scale this business without them,” says Jamie. And it’s all only possible, he adds, thanks to the support from the island community. “Without it, we wouldn’t even be in Skye, never mind New York. Everything boils down to the fact that people at home support us.” 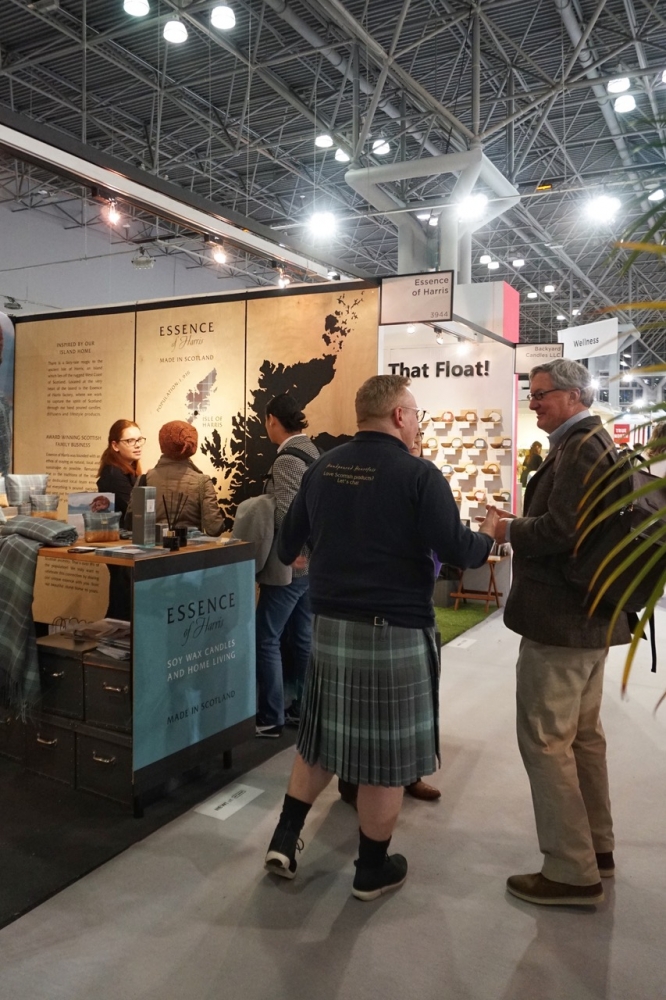 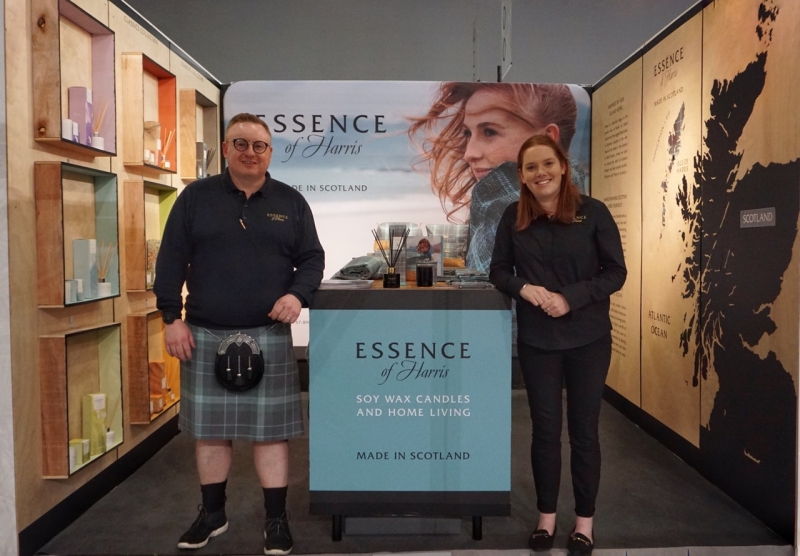