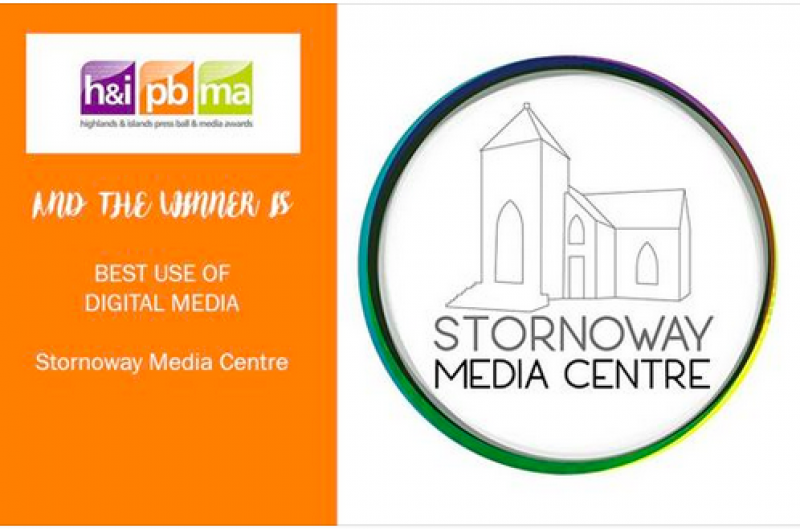 Hundreds of journalists and media workers - and their guests – gathered at the Kingsmill Hotel in Inverness last night (Friday February 7) for the Highlands and Islands Press Ball and Media Awards.

Principal sponsors Diageo were joined by Statkraft, Quatro PR, the National Union of Journalists, Chivas Brothers, Highlands and Islands Enterprise and Hub North Scotland in supporting the event which has been taking place for more than 30 years.

Winner of the award for best use of digital media, particularly through its coverage of the Iolaire commemorations, was Stornoway Media Centre, for the work of welovestornoway.com

The award was accepted by Fred Silver, managing director and founder of Intermedia Services (Stornoway) Ltd, the parent company of welovestornoway.com  He said later: "This award is testament to the hard work and dedication of a whole team of people since 2012 who have built welovestornoway.com into the best local on-line news and information website with more than 37,500 users a month."

The community newspaper awards were dominated by publications from the Outer Hebrides with the three finalists being Am Pàipear from Uist, Fios and Rudhach.  The winner was Rudhach, the monthly newspaper serving Point which was set up 20 years ago with the assistance of the Western Isles Enterprise community newspaper programme, which was provided by Intermedia Services.  The award was accepted by Rudhach’s celebrated long-time columnist Matthew Maciver. 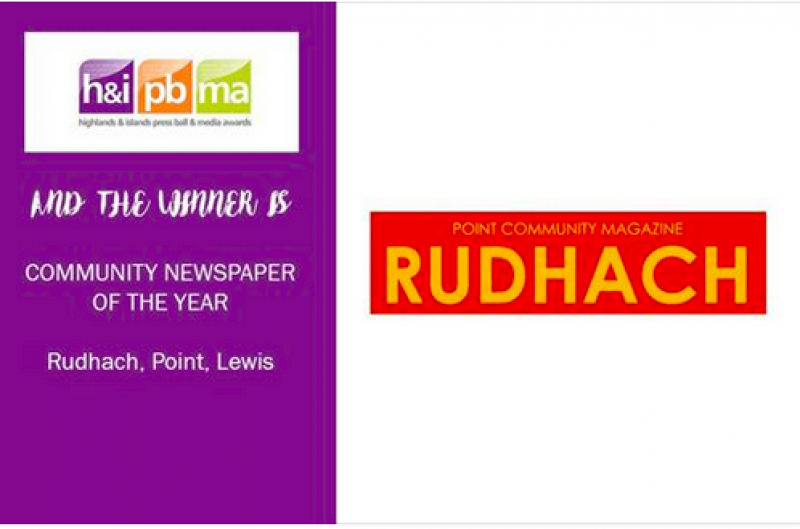 The award for the best use of Gaelic went to Shona Macmillan, of Fios, the Ness-based community newspaper.  This award was sponsored by Bòrd na Gàidhlig. 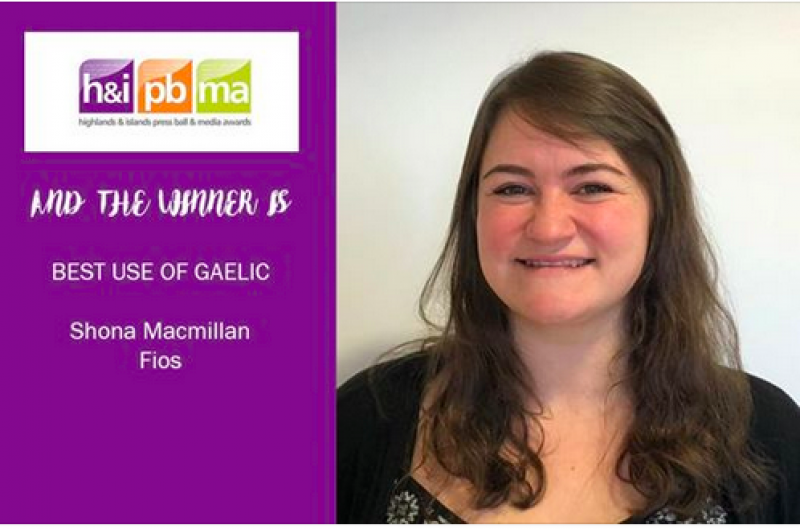 Judges had the onerous task of assessing a record 116 entries in 12 categories covering newspaper, online and broadcast news stories and features, as well as the year’s top photographs.

Gordon Fyfe, chairman of the Highlands and Islands Media Awards judging panel, said: “The media awards recognise and reward the best in journalism across our dispersed area which stretches from Shetland to Argyll and from Moray to the Outer Hebrides.

“Once again, we were delighted with the number and high standard of entries and choosing a shortlist has been an extremely difficult task.”

Iain Grant, the former editor of the Caithness Courier and John O’Groat Journal, received the Barron Trophy for lifelong achievement in journalism.

HIPBMA Special Recognition Awards were presented to the Orcadian and Ian McCormack. The Orcadian, last year’s Newspaper of the Year, used their £500 prize money to set up the Outreach4CLAN campaign which raised £22,786.07 for an expansion of vital charity services in Orkney — over double what the appeal set out to achieve.

Ian McCormack, the long serving editor of the West Highland Free Press, retired after more than 40 years with the Skye-based weekly newspaper. Ian’s last day at the helm was on Friday, 31 February having published the 2,290th edition of the weekly paper where he became editor on 6 March 1976.

The Highlands and Islands Press Ball and Media Awards was held at the Kingsmills Hotel, Inverness. Principal sponsor was Diageo, and a new sponsor this year, Statkraft, provided additional support along with Quatro PR, Chivas Brothers, Highlands and Islands Enterprise, the National Union of Journalists, Inverness Chamber of Commerce and Hub North Scotland.

Sports Reporter of the Year
Andy Skinner, Press and Journal

Newspaper of the Year
Shetland Times

For the first time, the event was organised by Quatro PR which moved into Scotland last year with the acquisition of the team at Inverness-based System2.

System2 organised HIPBMA for the last eight years. John Ross, Quatro’s head of media, remains as chairman and principal organiser of the Press Ball which he revived in the 1980s.

John, and colleagues Peter Kane, an executive director of Quatro with key responsibilities for strategic growth in Scotland; digital platforms and marketing manager Hollie Ivy and account director Suzanne Kane were responsible for all aspects of organising and managing the Press Ball and Highlands and Islands Media Awards.

More about the awards here https://www.facebook.com/pressballandmediaawards/