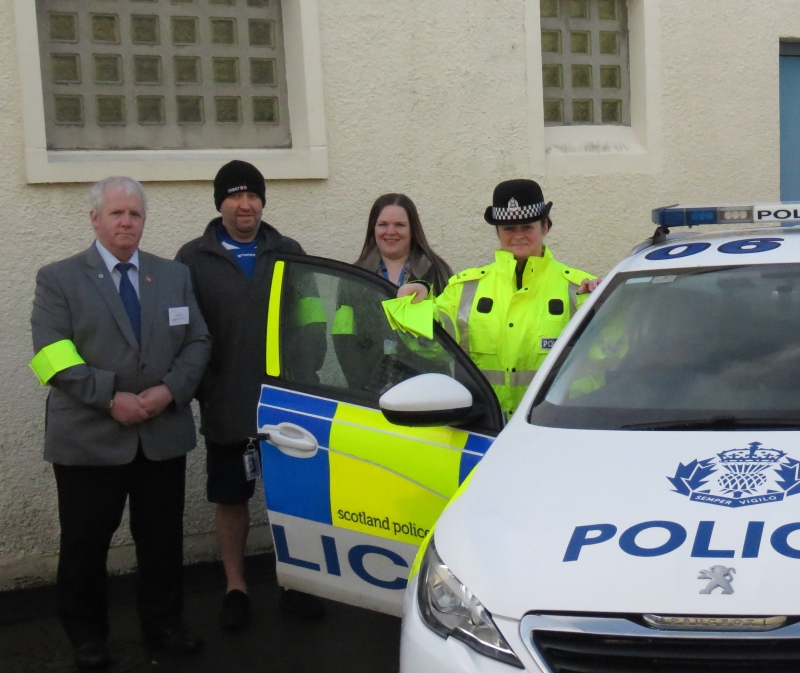 Pedestrians are being urged to make sure they can be seen when walking after dark, after a number of reports of people taking risks with black clothing on dark nights.

Point Community Council, who next meet on Monday 24 February, is considering whether to initiate a campaign, after reports of pedestrians who can’t be seen easily. One driver said: "We almost hit two elderly gentlemen on the Braighe Road late at night in the pouring rain. It was the headlights shining on their wet wellies that made us see them."

Stornoway police are actively campaigning to raise awareness of the risk and to make sure people know how to stay safe when walking at night.

Police Scotland’s preventions and interventions officer PC Fiona Macleod said: "As part of Operation Cedar, police in the Outer Hebrides have teamed with NHS Western Isles to extend their winter Be Active, Be Safe, Be Seen campaign to vulnerable road users.

“Marked police vehicles throughout the islands will carry high visibility reflective arm bands for issue by officers to any member of the public encountered whilst on patrol that they feel would benefit from them.

“Darkness itself constitutes a risk to all road users that should be taken into account and adaptions made to keep yourself and others safe, whether it be wearing high-visibility reflective gear or lights, ensuring that there are no oncoming vehicles or that oncoming vehicles have stopped prior to stepping onto the road, checking that where you are crossing the road is the safest place to do so, or reducing your speed to give yourself more time to see and react to hazards.”

“Further information for road users about keeping safe and being prepared during the winter months can be found at https://www.scotland.police.uk/keep-safe/road-safety/winter-road-safety.

“Operation Cedar (Challenge, Educate, Detect and Reduce) is Police Scotland's current traffic campaign to reduce the number of road collisions by highlighting the known risks that can contribute to serious and fatal crashes.”