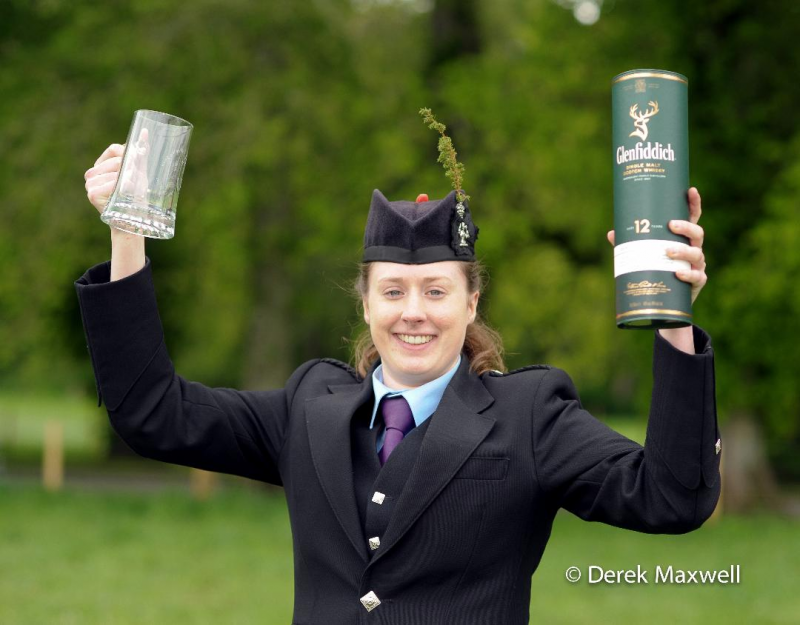 A 27-year old piper will make history this April as the first female competitor in the Pipe Major Donald MacLeod MBE Memorial Competition.

Sarah Muir, winner of the 2019 Dunvegan Medal for piobaireachd, will also be giving a recital this winter, the Lewis and Harris Piping Society have announced. Sarah, who works as a piping tutor in Fife, comes from Campbeltown.

The Pipe Major Donald MacLeod MBE Memorial Competition is an invitational competition, with pipers invited to compete based on their successes over the previous year on the piping circuit. As a result, the line-up is regarded as a showcase of eight of the current best pipers in the world.

Sarah, who is taught by Willie McCallum, was interested to learn she will be the first female piper to take part in the Donald MacLeod competition. “For me, that’s quite a big thing,” she admitted. “It’s nice to be a female breaking into what’s still a male-dominated – at the top, anyway – discipline. It’s nice to be an individual in that regard.”

Sarah’s win in Skye qualifies her for a place at the Donald MacLeod and the Piping Society are delighted she will be able to take part. They are also delighted she will give the third recital and workshop in this year’s programme, to be held in Stornoway on Saturday 29 February.

The previous recitals and workshops were given by Callum Beaumont and Glenn Brown. And, like Callum and Glenn, Sarah has praised the compositions that are PM Donald MacLeod’s legacy.

A programme of recitals was a regular feature on The Lewis and Harris Piping Society’s calendar from the time it was formed in the 1970s until about a decade ago, with anything up to six recitals in each series, and the best pipers in Scotland were invited then too. Then, recitals were held in the Royal Hotel and latterly the Royal British Legion Club  but it had been “a bit beyond their means” to bring in star pipers in recent times, due to resources.

However, Piping Society chairman Dr Smith said “a very generous donation from a private individual” had made it possible for them to organise a winter recital programme for 2019/2020 and they hoped to hold four recitals in the series.

The recital will be held in the Caladh Hotel at 7.30pm, with tickets available on the door, priced £10 and £8 concession. Under 16s get in free.