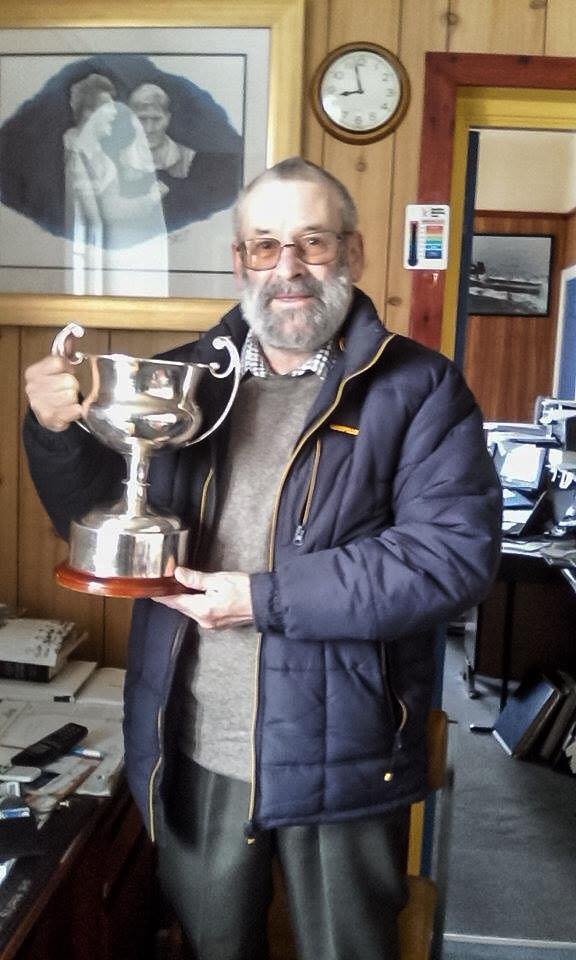 Norman Macarthur – or Brot, as he was almost universally known – was a man of sharp intellect, robust opinions and fierce loyalties to the causes he supported and the culture from which he came.

He created a successful business in Stornoway Shipping Services and, having witnessed the rise and fall of big industries on Lewis, had an acute awareness that without work, there are few options for people to remain. Nowhere offered more obvious evidence of that process than his native Carloway and one of his last stands was against closure of its primary school.

We first met when he was manager of the Labour Exchange in Portree in the very early days of the West Highland Free Press. A visit to his office was a regular part of my routine, for information, entertainment and debate, the more acerbic the better, on politics and football, two areas on which we diverged sharply.

A few decades later, once a measure of self-preservation on his part had stopped the offices of Stornoway Shipping Services resembling the Black Hole of Calcutta, I sat down with him long enough to write a profile of my old Rangers supporting, Scottish Nationalist friend. The first obvious question was about how the nickname was acquired.

He explained: “When I was about five years of age, a few of us boys used to play football about 100 yards from our house. My mother shouted to come home for my dinner. Being a respectful child, I went home and ate. When I came back, they asked me what I had. This was all in Gaelic and I always answered ‘brot’ and I have been Brot ever since”.

The attachment to Rangers had similarly early origins. “When the wee boys started at Carloway Public School, the big boys allocated them a club to support. I was given Rangers. The first thing you had to do was go home and learn the team off by heart from the Daily Express. My first Rangers team was “Brown, Young and Shaw, McColl, Woodburn and Cox…”. He never recovered!

His even greater footballing devotion was towards Carloway for which, by all accounts, he had been a player of considerable ability.  He was a member of the Nicolson Institute team which won the Lewis League twice in the mid-50s and in the summer, he played for Carloway. To the end, he was the club’s most dedicated supporter and contributed extensively to the writing of its history.

Football apart, however, there was not a lot to keep him in 1950s Carloway. His father was a stonemason who built houses in Carloway, Shawbost and Breasclete.  He spent his £50 demob money on a loom and combined building with weaving dependent on the ebbs and flows of the local economy. Brot’s mother, from Point, was the Queen’s Nurse in Carloway but had to give up her job when she married in 1936.

When Brot applied early for National Service, the Seaforths were full up so he was attached – improbably - to the 15th/19th King’s Royal Hussars and sent to Northern Ireland. “In my time there,” he recalled, “the IRA were blowing up customs posts though you didn’t hear much about it on this side of the water. Our camp was just outside the town of Omagh. On Friday and Saturday nights, probably after they had a dram or two, the local IRA guys would do a bit of firing at the camp.

“This particular night, I was the duty clerk and my typewriter was against a window. I decided to go for a Naafi break. When I came back, it seemed a bit draughty”. During his few minutes break, a bullet had come straight through the window and “if I hadn’t gone for the Naafi break, the dent in a locker would have been a dent in my head”.  Back in England to complete his National Service, he was advised to apply for the Civil Service.

He went for an interview in Savile Row and by the time he got back to Lewis a letter had arrived offering him a job in the Stornoway Labour Exchange. It was the start of 13 years in the Civil Service before eventually “getting fed up with the red tape”, which Brot continued to hold responsible for many of society’s ills, both local and national.

The last three years were spent in Portree, which he loved. Brot divided his time among the Labour Exchange, which he presided over with some style, Ewen Morrison’s guesthouse, where he stayed during the week, and the Portree Hotel where he revelled in Gaelic company – “Iain Stewart the tailor, Donald John the Welfare, Donald the Hall, the poet at Skeabost, Angus Fletcher, the Skipper…”.

Brot found Skye “totally different to Lewis. They still only had two kinds – those who drank to excess and those who didn’t drink at all. Unfortunately, I was one of the former category”.

He even got caught up in controversy when the Portree Labour Exchange was accused of forcing the Skye unemployed to leave the island to work in the newly-developing oil industry in Easter Ross. Inevitably, his own account of the episode was much more entertaining. 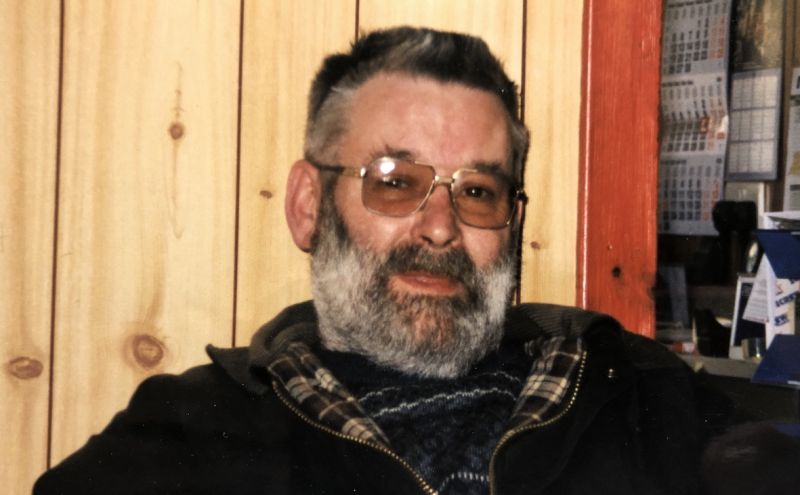 One day he got a call from the recruitment officer for Brown and Root who were establishing the oil platform yard at Nigg. He wanted to know how many men Brot had on his books and said he would be over the next day, which indeed he was.

“Sure enough, this besuited guy appears carrying a case. I checked him into the Portree Hotel and then we went across to the Caley. He took his case with him and ordered up a round for everyone in the bar. The case was full of banknotes. Word soon got around that there was a guy in the Caley with a suitcase of money, buying drink. The place was mobbed.

“The next day, I called in everyone on the register. At that time, they only usually got their bus fare but this guy was giving them a fiver each – even Johnny Com coming down from Stormyhill. “. The visit prompted an exodus to Easter Ross but Brot insisted they never forced anyone to go. “I did what the rules said – offer jobs to people who were expert at avoiding them. We were much more lenient than other offices, including Stornoway”.

His old colleague in the Portree Labour Exchange, John MacLennan, tells a story which confirms the compassionate side of Brot.  On one occasion, when weather conditions had brought all public transport to a halt, he disconnected the milometer on his official Civil Service car and drove a Skye lady to Edinburgh for an urgent medical appointment.  The mission did not end well, however. The West End Hotel beckoned and in these early days of the breathalyser, Brot provided a reading in Princes Street which stood as a Scottish record for years to come

His departure from the Civil Service coincided with a decision to give up drink. Back in Lewis, with the help of the AAs, he had his last taste of alcohol in November 1973.  He spent the next 20 years as manager of Duncan MacIver Ltd who ran two long-established businesses in Stornoway – coal merchants and shipping agents.

It was a fascinating period in modern Lewis history as Arnish grew and grew, generating a huge amount of work for the local shipping agents.  Brot saw it as a golden age for the island with plenty of well-paid work, which has never been repeated.

Duncan MacIver was eventually taken over by a Liverpool-based company which made the mistake of thinking they knew more about running the business than Brot did. “Having realized I couldn’t work with the suits of BFL, I set up on my own without any help in any financial way from any source. The shipping world is based on personal contacts and I built Stornoway Shipping Services up to a reasonably successful business – to the point where my former employers pulled out altogether”.

When he came back to Lewis in the 1970s and kicked the whisky, Brot was persuaded by John Murdo Morrison – then working for An Comunn Gaidhealach and himself a veteran of the Employment Service – to lead the revival of An Comunn’s Lewis branch which had gone into abeyance, along with the Lewis Mod. In this role, Brot was a huge success. He and his colleagues went beyond that initial remit to bring the National Mod to Stornoway for the first time in 1979.

At Stornoway Shipping Services, Brot found himself again working alongside John MacLennan, who became chief executive of the Stornoway Port Authority. John says: “I found him incredibly helpful and supportive  – a man of total integrity and honesty both in business and personal conduct; a bullshit-free zone. If you didn’t take Norman’s advice, it was at your own peril”.

Norman MacArthur is survived by his wife Annie Flora, his daughter, Malvene MacRae, sister Dolly Anne and a large extended family to whom sympathy is extended.

The funeral service at Stornoway Free Church (Continuing) was very largely attended and the burial followed at Dalmore Cemetery.