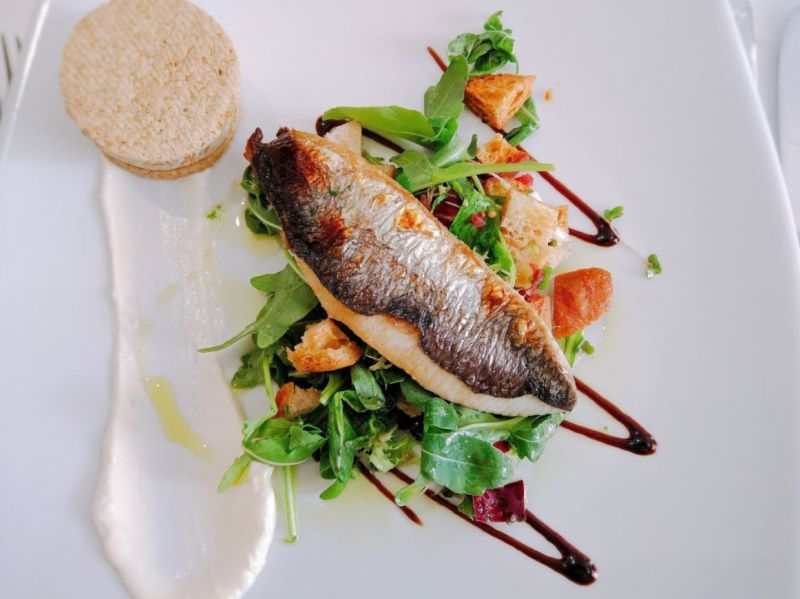 Digby Chick in Stornoway have just been awarded a prestigious Good Food Award for 2020.

Over the last 12 months the restaurant on 5 Bank Street has been evaluated for customer feedback and the Good Food Award citation says: “These premises have demonstrated exceptional levels of food quality, service and value when compared to our industry benchmarks in their category.

“In recognition of this achievement they have been duly awarded the 2020 Good Food Award.

“Local fish and shellfish are a specialty of the restaurant with daily fish specials available with whatever has been landed that day.

“The Outer Hebridean shores provide a diverse and superior larder; these are cooked with flair and originality. A wine list, sourced from around the world, complements the menu, with a whisky menu offering a selection of Scotland’s fine malts.”

This award is a continuation of plaudits down the years won by James along with his wife, Marianne and his staff.  In an interview with former EVENTS writer Taylor Edgar in 2013, James looked back at progress since opening almost ten years earlier which itself followed two years working from the former Seaforth Hotel, now the Caladh Inn.

“You don’t want to be doing the same things all the time, we need to push ourselves and not become repetitive. You need to change the menu and keep things fresh; you need to move with the times,” he said.

He told Taylor that sometimes when drafting menus, he would look back at bills of fare of a decade earlier and be amazed at the difference ten years can make.

But while tastes have definitely changed in the intervening period, the desire to push harder in the kitchen and “do that bit extra” shines through.

James pointed out that while the likes of TripAdvisor had been vital in generating business from visitors, a large part of the clientele all-year-round are local people, many of whom readily recommend Digby Chick to visitors by word of mouth. Quite often visitors have been travelling the length of the Hebrides and arrive at Digby Chick on the back of advice received on their travels. As a consequence, Digby Chick does not have what would normally be recognised as quiet months, and even in January trade is brisk.

One of the core values of the Digby Chick team is to always treat customers in the way they themselves would expect to be treated when dining in a restaurant. And that means ensuring guests have a good night out in a relaxed, casual atmosphere and not being stuffy.

The Good Food Awards were formed in 2002 to synergise awards throughout the catering industry.  The organisers say: “Our awards programme has gone from very humble beginnings to the great success it is today.

“Some premises will appear in our awards programme regularly, but they must earn their place every year by maintaining the same high standards that gained them initial entry into the Good Food Awards.  The Good Food Awards are compiled, scored and written each year so there are always new entries and deletions.”