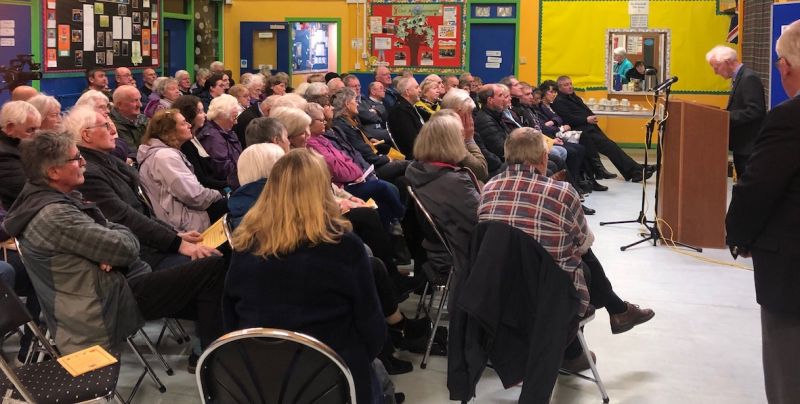 The failure to provide and develop adequate modern ferry and air links to the Outer Hebrides could be a failing on the scale of Lord Leverhulme’s misjudgements at the time of his ownership of the Isles of Lewis and Harris between 1918 and 1925.

That is the view of Gravir man Kenny Matheson, the well-known broadcaster, former footballer and football club director, and retired banker.

Mr Matheson was giving the 16th Angus ‘Ease’ Macleod Memorial Lecture which took place in Pairc School last night (Thursday October 25th) with various members of the family present and actually on the 17th anniversary of his passing.

A large audience crowded the school hall for Mr Matheson to be introduced by his lifelong school friend Donnie Morrison of Comunn Eachdraidh na Pairc.  He remembered that even in the mid1950s Kenny Matheson had been a fan of Manchester United at a time when few of his contemporaries had horizons reaching that far.  He went on play football with Partick Thistle, be a founding director of Inverness Caledonian Thistle and of Aberdeen Football Club…as well as rising to a senior level in the Royal Bank of Scotland before retiring to become a self-employed management consultant.

Mr Matheson said that he had knot known Angus ‘Ease’ particularly well but “I did meet him on a number of occasions and enjoyed conversations with him…Ease is well worthy of his status as one of Pairc’s most prominent sons for many reasons, not least for all the work he has done to document and preserve for posterity so much of our history and culture.”

Mr Matheson’s talk was entitled “The Leverhulme Initiative: An Opportunity Lost or a Narrow Escape for Lewis and Harris?  He was aiming to look at whether Leverhulme’s Grand Plan was fundamentally flawed and as such, doomed to failure from the beginning or whether a different approach might have produced an altogether different.

Mr Matheson sketched in the Leverhulme conflict with the crofters around Stornoway – and looked at the personal and philosophical origins for it.

And he went on the look at whether lessons could be learned – and whether they had been.

He praised the work of the former HIDB and HIE – and of Comhairle nan Eilean Siar.  But he went on: “I would submit, however, that joined-up planning to facilitate business progress is continuing to fall down in one critical area, namely transport infrastructure and, in particular, ferry services.”

This was happening despite intensive well-informed lobbying from within the islands. “The lack of long-term planning and adequate investment in timeously updating the fleet of vessels is inevitably a major competitive negative.”

Both in Leverhulme’s case and with ferry orders, taking notice of community views would have improved the chance of a good outcome, he concluded. 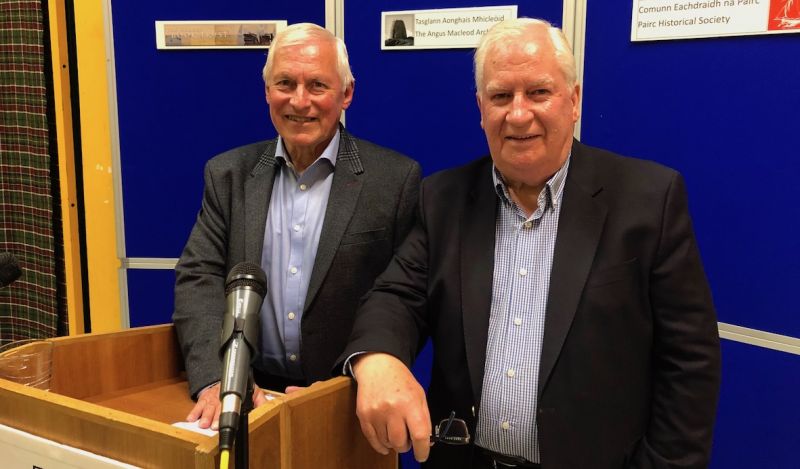