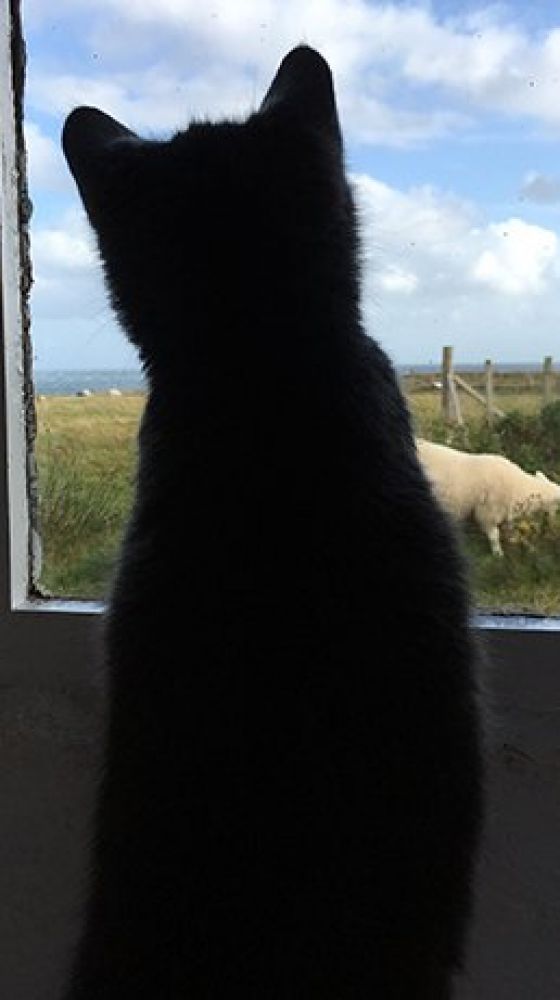 News has emerged today (Wednesday October 16th) that the national charity Cats’ Protection are to withdraw their support from the Isle of Lewis with immediate effect.

The news has shocked the animal welfare community, leaving doubt over how stray and feral cats and kittens will be cared for across the island in the future.

An emergency committee meeting of the local branch is to be held on Friday (October 18th), but there’s little hope of any future support from the Sussex-based national charity, who issued a single-line statement saying: “Cats Protection are winding down branch operations on the island and are unfortunately unable to help.”

Vet Hector Low described the decision as ‘misguided and very sad.’ He told welovestornoway.com today: “It’s very sad to see them deciding that we aren’t worth supporting and I find it hard to understand. The attitude to cats in the island has radically improved over the past 30 years and that’s been brought about by the local Cats Protection branch, who have done so much to improve the position of cats in the time they have been here.”

Scottish SPCA chief inspector Iain Allan said: “We are sad to hear about the closure of the Cats Protection branch in Stornoway. Over the years we have worked closely with them to help cats on the island and the closure will have a huge knock-on effect to our team based there and on animal welfare on the Western Isles.”

The closure has been foreseen by committee members, with one saying the new committee, which has been in place since early this year, have been made to ‘jump through hoops’ to try and secure the future of the branch.

Committee member Morag Smith, speaking in a personal capacity, said: “We have done everything they asked of us and they have asked us to achieve far in excess of what any other small branch in Scotland has achieved. We formed a new committee, had it in operation for three months, attended training on the mainland and identified kitten fosterers and a location for the approved Cats Protection pens.

“Three weeks ago we had a visit from the CP welfare team, who approved our fostering placements and the places we had set aside for pens. Then we heard from our regional manager that our vet’s service is too expensive and is not prepared to carry out certain procedures in the way they require.

“This week they said they could not continue to support us and that the service we provide is not good value for money for their supporters. They also say there are other resources on the islands to provide support to stray cats.”

Cats’ Protection has identified the veterinary practice and the two-person Isle of Lewis SSPCA team as alternative resources. A spokesman for the vet said that they had, in recent months, provided some accommodation for cats while the local CP branch was re-structuring, but could not continue to do so. They said: “Our kennelling is for animals who have had operations, for emergencies and to support the SSPCA. We don’t have the space to keep stray cats.”

Meanwhile the local SSPCA has also housed cats in emergency cases, but needs the space for sick, injured and rescued animals ranging from seals and birds of prey to stray dogs.

Cats Protection reportedly claims that their decision to withdraw also hinges on the expense of veterinary treatment and neutering services for feral cats, but Hector Low of the Old Mill Veterinary practice on Sandwick Road – the only vet service in Lewis – says that he is annoyed and upset to be asked to over-ride animal welfare concerns in a bid to save money.

He told welovestornoway.com: “They wanted to neuter cats between May and September, when the only cats to be trapped are heavily pregnant or nursing mothers. I will not neuter them at that time because it puts the lives of their kittens at risk. They also require us to neuter cats under 2kg in weight. These are often very young kittens and putting a young animal under anaesthetic is stressful.

“We like to wait until they are strong enough to cope with it. I’ve got a conscience, I like cats and I’m not comfortable doing things that are not fair on the animal just to try and make the process cheaper. I’m very annoyed and upset about it, especially as I have phoned their veterinary contact more than eight times to try and discuss the issues they raise about neutering and cost and have not had a reply.

“Cats Protection are a large and wealthy charity and what has been happening here in recent times is that we and the local SSPCA have been paying to support them. It’s nonsense to claim that they care about cat welfare because if they did, they wouldn’t be closing the branch. The suffering that is going to cause is to cats here in the islands.”

Committee member Morag Smith also pointed out that the local branch generates financial support for the national organisation, including regular donations from island residents. Hector Low added: “The first thing I am going to be doing is removing the Cats Protection collecting box from the surgery counter. That brings in substantial sums, which in future will be going to the SSPCA.”

Pictures: Feral kittens are cared for by local branch volunteers before being re-homed.