Centenary commemorations for the anniversary of the Iolaire tragedy were recognised last night (Thursday October 10th) with a top Scottish award celebrating the very best in local government initiatives.

Comhairle nan Eilean Siar’s commemoration programme – HMY Iolaire: A Community Remembers – created by the Iolaire Working Group was one of three shortlisted by the local government organisation COSLA for the local matters category of their 2019 Excellence Awards, with the ceremony held at the Fairmont Hotel in St Andrews.  And it won the COSLA President's award.

HMY Iolaire: A Community Remembers was a commemoration event which included public services, performances and exhibitions and which culminated on the night of December 31st 2018 with a free concert and parade featuring commissioned music and local performers.

A team of three from Stornoway had made a formal presentation in Edinburgh in mid-September, when judges ranked the initiative in the top three from a list of ten local authority projects.

Malcolm Macdonald told welovestornoway.com: “The final presentation went as well as it possibly could have. Hannah’s presentation in particular was very accomplished and well-delivered. We felt like we acquitted ourselves well and can only now wait for the outcome.”

Speaking at the Awards ceremony, Comhairle Convener, Norman A Macdonald, said; “The award recognises the collaborative work which was achieved with the community and partner agencies in marking the centenary of the loss of HMY Iolaire, in which 201 men lost their lives just metres from shore. This project unified the whole community in an unprecedented way.

“In a parallel development, Dìleab is an ambitious inter-generational and bilingual education project which encompasses all schools in the Western Isles, which in 2018/19 covered topics such as Emigration; Protest and Politics, The War Experience and The Iolaire Tragedy. As the island most impacted by the tragedy, pupils in Lewis examined the loss of HMY Iolaire.  The outcome is that future generations will have an awareness of the tragedy and a level of understanding of why the silence continued for such a long time.

“Ultimately, it is our view that the most significant impact of the project was the liberation from the self-imposed censorship of families and communities throughout the islands as a result of the disaster on 1st January 1919.”

A panel of judges including experts from media, local and national government, the Scottish Parliament and the private sector made the final decision, based on innovative practice. The awards are designed to celebrate effective responses to the major challenges that councils and their partners face. 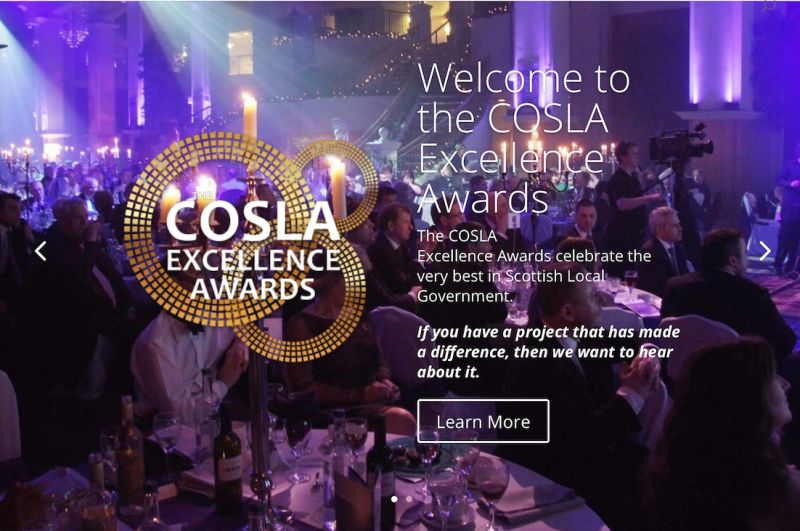