Trustees of Bethesda Care Home and Hospice have expressed disappointment after discovering that the Integration Joint Board (IJB) is not discussing their funding arrangements at their board meeting today (Thursday September 26th).

But IJB chief officer Ron Culley says that a process is underway, and there is no decision that can be made at this stage.

Today’s meeting is the first full meeting of the IJB since Bethesda rejected an improved offer of funding alongside a service-level agreement (SLA) on the delivery of their hospice and end-of-life care.

Bethesda has four hospice beds and has been actively campaigning for an improved funding arrangement, stating that a minimum additional £100,000 per year is needed.

Instead, Bethesda received and rejected an offer from the IJB in August, offering an SLA with a funding uplift of £10,000, or 5.35%, backdated to April 1st 2019, and a further annual increase for two years, in line with increases awarded to NHS Western Isles by Scottish Government, currently predicted to be 2.5%.

The IJB added the flexibility that they would reopen negotiations about the funding provided to Bethesda if there were two successive years of deficit, but the new funding arrangement would be contingent on agreeing the new SLA for hospice care.

Despite the controversy surrounding the funding agreement, Bethesda trustees noted that today’s IJB board meeting contains no agenda item covering the issue, and that only the Chief Officer’s report made mention of the current situation.

On Monday Bethesda circulated a detailed summary to all board members and councillors, in which they described the £10,000 offer as ‘totally unacceptable’ and asked why the issue was not to be discussed today.

They said: “Having been assured that the funding proposal would be submitted to the March 2019 IJB meeting, then the June 2019 meeting and then the September 2019 meeting, we now find that there is no proposal or discussion permitted at this forthcoming meeting….

“As predicted and notified to the IJB a number of months ago, Bethesda accounts for the year to March 2019 show a deficit in the running costs….We note from the email circulated by Ian Burgess and Gordon Jamieson to all NHS staff that it states that the NHS have paid 50% of the running costs of the Hospice over the years. Our records and our annual audited accounts very clearly state that this is not the case. This is the reason the Bethesda Trustees and Management continue this dispute.”

Accounts filed by Bethesda with the Scottish charity regulator OSCR show four years in which income has exceeded expenditure, the trend continuing despite income dropping and costs increasing in the year to 2018. Trustees report that in the year to March 2019 accounts show a deficit in running costs – these have not yet been published by OSCR.

Bethesda trustees state: “Bethesda Care Home and Hospice Accounts on the OSCR website simply confirm that at present we are a financially viable organisation.”

The high-temperature debate between Bethesda and the local funding partners has drawn attention from Scottish Government ministers, after Bethesda asked their supporters to lobby local MSP Alasdair Allan and Cabinet Minister for Health Jeane Freeman MSP on their behalf.

A meeting was held in Stornoway on August 29th, when Minister for Public Health Joe Fitzpatrick was visiting the islands on other business. He and other government officials then met the IJB chief officer, Alasdair Allan MSP and health board chief executive Gordon Jamieson.

IJB chief officer Ron Culley reports: “It was a positive meeting which allowed for a helpful exchange of information and a discussion about how best we move forward. All parties were agreed that we get back to a position of dialogue, engaging with our strategic agenda on palliative care.

“We have always been committed to further dialogue and it was agreed that we'd meet again with the Bethesda leadership as a matter of priority, and that Scottish Government officials would join that conversation to support a process of resolution. It was agreed that the focus will be about delivering sustainability moving forward rather than a debate about the past.”

But no date has yet been proposed for the follow-up meeting, and Bethesda trustees believe they are being excluded from the process.

In Monday’s email they state: “The meeting …was not attended by any representatives from Bethesda, no-one from Bethesda was invited to this meeting, so the views presented to the Scottish Government would have been those of the IJB/NHS Western Isles, very one-sided.

“….The Chief Officer’s report makes no reference to ongoing talks or reopening negotiations with Bethesda.  Since the rejection of the offer from the IJB there has been no contact with Bethesda to explore ways forward."

In a statement to welovestornoway.com, a Scottish Government spokesperson said: “Independent hospices provide essential palliative and end-of-life care to people across Scotland, and integration authorities invest millions of pounds annually in supporting this vital work.

“Scottish Government officials recently visited Stornoway to hear from the parties involved and have offered support to facilitate discussions around how best to plan and deliver palliative care services that meets the needs of people in the Western Isles.” 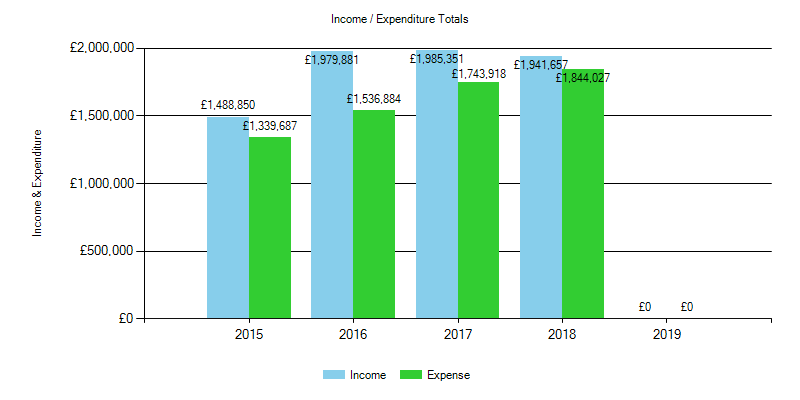