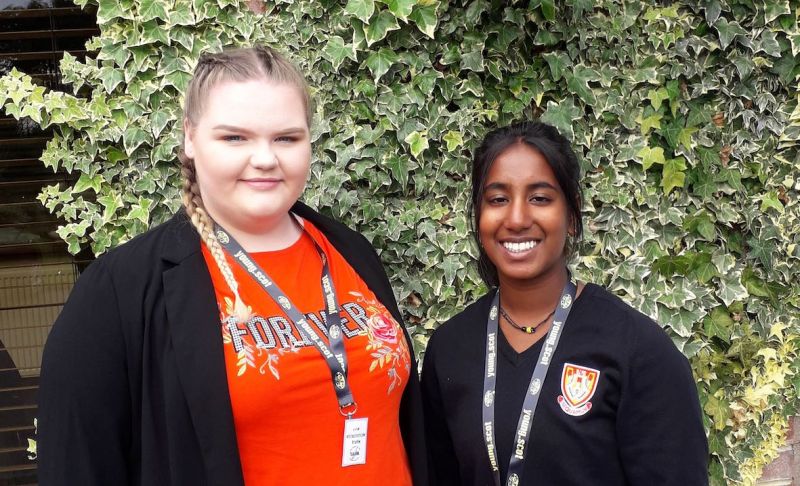 Organised by young volunteers and Members of the Scottish Youth Parliament (MSYPs), the event saw young leaders, volunteers and activists from across Lewis and Harris come together for a morning of presentations and discussion.

The conference opened with an inspirational talk from John Loughton, a global youth leader, social entrepreneur and campaigner. John spoke about his own background, growing up in Edinburgh and some of the experiences which had changed his life for the better.

Next up was an input from Rebecca Hutchison, Trainee Clinical Associate in Applied Psychology with NHS Western Isles. Rebecca is working with Child and Adult Mental Health Services (CAMHS) and led a discussion on the important topic of mental health.

William MacDonald and Donald MacLeod from the Comhairle’s Education department presented a workshop on Guidance in schools, getting input from the young people on which topics were most relevant to them.

The final session of the busy conference was on a pertinent issue – climate change. To introduce this theme from an island perspective, the short film An Dràsta was shown. This film was made over the summer by a group of young islanders, supported by staff from Galson Estate Trust and Carloway Estate Trust and funded through the Climate Challenge Fund and the Scottish Government’s Greener Scotland project. The film looks specifically at the effects of climate change on the Western Isles.

The film was followed by a short presentation on renewable energy from Rod Read, kite turbine inventor of Windswept and Interesting Ltd, then Maria and Sakshi, MSYPs for the Western Isles, introduced the Scottish Youth Parliament’s new national campaign ‘Pack it up, Pack it in’. The campaign centres around reducing pollution levels in Scotland and the MSYPs got valuable feedback on what climate change means to the young people of the islands.

The next steps for MSYPs Sakshi, Maria and volunteer Kelly, who organised the Young Leader’s Conference, is to plan a similar conference with young volunteers and leaders in Uist and Barra.

Through these events, these young leaders will look at how young people across the islands have their voices heard and are able to have input into the decision-making processes which affect their lives.