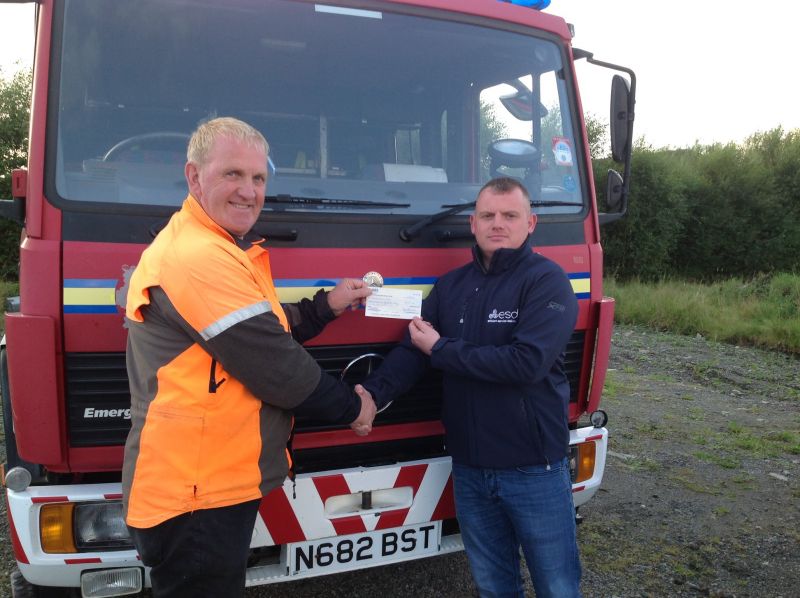 A new shipment of aid is being prepared to leave Stornoway for Eastern Europe next week.

But this time the humanitarian gift is not of furniture, clothes and schoolbooks, but of lifesaving fire and rescue equipment, and the skills to use it.

Three former Stornoway firefighters have spent the past months working with Blythswood Care and SERA – the Scottish Emergency Rescue Association – to prepare a 12-tonne Mercedes fire appliance for the long journey to Moldova.

Mechanic Ian Murray, electrician David Campbell and council greenkeeper Alec Maclennan will be taking annual leave from Wednesday September 25th and joining up with a SERA convoy in Edinburgh as they drive two fire engines and two ambulances the 2,200 miles to Nisporeni in Moldova.

The retired Stornoway fire appliance was made available for the charity effort by Fire Scotland, as Ian explained to welovestornoway.com: “It’s like updating your phone – the phone still works but you might want the additional capabilities of a new model. When that happens with fire appliances they still have thousands of hours use in them, but they may not be up to current standards here and are decommissioned by Fire Scotland.

“We have been fortunate to get access to three such appliances to prepare for deliver from Stornoway over the past three years, and over 500 sets of breathing apparatus have already gone over to Eastern Europe.”

The importance of such equipment can’t be overstated. Ian explained that Moldovan fire services can be available in larger communities but not in rural places, comparable to having a service in Stornoway, but not in Ness or Leverburgh. In SERA’s first year of operation (2007) a young girl drowned in a river on the very day the Scottish team arrived in Serbia – firefighters did not have the equipment to carry out a rescue nor recover the young girl's body from the river. 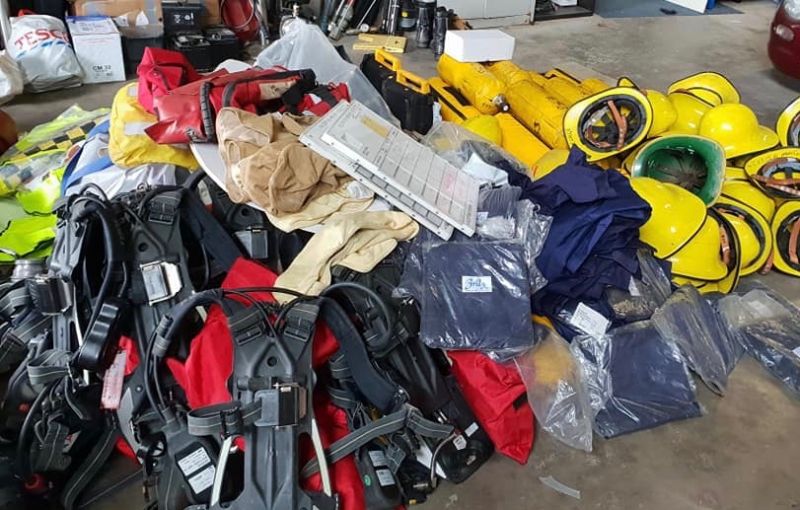 Returning in 2008 with fire engines, an ambulance and water rescue equipment, the SERA team were met by a Serbian firefighter who had driven for three hours to tell of a rescue of a father and three children trapped in a car in a river. Before the equipment and training had been donated, he said that the children would have certainly died and possibly the father as well.

A spokesman for SERA said: “This was the reason he drove three hours each way just to say thank you and the night we decided that we can't stop what we were doing.”

The Stornoway team has been involved in the annual aid convoy for several years, and Ian himself has made the trip seven times. But much of the work is done well before the team even get their refurbished vehicle to the Stornoway ferry.

Ian said: “Bringing the redundant fire equipment to Stornoway means the combined efforts of the island business community can go towards a mammoth servicing and upgrading task. Not just the appliance itself, but redundant Fire Scotland equipment such as water pumps, road traffic trauma kits, uniforms and breathing apparatus will be taken over and the ambulances will meet the need for transport to take casualties to medical help.

“We’ve had tremendous help from island people with servicing, body-work and raising funds to buy additional essentials like generators. The work we have all done on the appliance and equipment means it’s good to carry on for 10 years of useful life. All that is possible thanks to donations of funds and services from numerous local businesses and organisations.”

Leaving Stornoway on Wednesday September 25th, this year the three Stornoway men will be part of a 13-man team who will travel from Edinburgh via Hull and Rotterdam, driving four-hour shifts round the clock until they reach Nisporeni on the evening of Sunday September 29th. On Monday 30th they start training up to 40 firefighters in the use of ladders, breathing apparatus and road traffic collision equipment.

On Friday night (October 4th) a formal reception will be held after a gathering where newly-trained firefighters demonstrate their skills for the mayor, council leader, Moldovan fire service leaders and the British ambassador to Moldova. Keys to each donated vehicle will be formally handed over to the new crews.

Representing the community of Stornoway will be Cllr Charlie Nicolson, who is a trustee of SERA and who heads to Moldova by air next week, with a programme of additional work including the distribution of aid to schools and community centres.

The Stornoway fire team will fly back to Glasgow on Saturday October 5th, reaching Stornoway the next day and going back to work on Monday, but Ian says the hard-working team would not have it any other way.

He told welovestornoway.com: “I love it. It’s so rewarding meeting the guys and becoming friends with them. I have learnt a few words of the language and I keep in touch with them on social media. Even here at home it’s really rewarding – everybody seems to want to get involved, which is amazing.”

Pictures show some of the fire and rescue equipment heading for Moldova (SERA) and Stornoway team members Alex Maclennan (left) and David Campbell with the Mercedes fire engine and one of many donations from local businesses (Ian Murray).