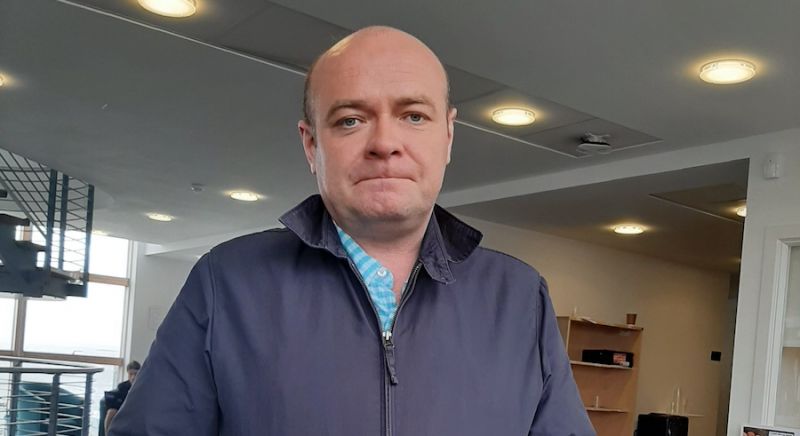 Alan Bissett, the award-winning playwright, novelist and creator of The Moira Monologues, is adapting Alastair McIntosh’s acclaimed book, which describes how McIntosh’s upbringing on the Isle of Lewis shaped his life’s work as a prominent environmental and land rights activist. The project is being produced by Lewis-based arts organisation sruth-mara. The performance at An Lanntair will follow a week of rehearsals at Aras Nam Fir Chlis in Uig, with Uig-based theatre director Laura Cameron-Lewis, and will take place on the opening night of Faclan: the Hebridean Book Festival.

Brought up on Lewis, Dolina MacLennan famously became one of Edinburgh’s first pub folk singers, performed Gaelic songs in a Scottish Ballet production, and forged friendships with the likes of Hamish Henderson, Norman McCaig, Sorley MacLean and Hugh MacDiarmid. She starred in ground-breaking 7:84 Scotland production, The Cheviot, the Stag and the Black, Black Oil, and has had a distinguished career in Gaelic broadcasting.

John Stahl is a veteran TV and theatre actor best known for his roles in Game of Thrones and the long-running TV series High Road. Other notable roles include Inspector Reed in the 1995 television series Resort to Murder, and Danny Boyle’s 2011 Royal National Theatre production of Frankenstein, in which he appeared alongside Benedict Cumberbatch and Jonny Lee Miller.

Elspeth Turner is a graduate of the American Academy of Dramatic Arts. An actor and a writer, she has worked with various theatre companies in the UK and North America, including National Theatre of Scotland, Magnetic North, and Eastern Angles. She can be seen in the forthcoming feature film, Riptide. Her new play, Savage Nation, is currently in development.

Daibhidh Walker has been acting for over 20 years, in TV, radio and theatre, and is originally from South Uist. Some of his recent credits include Bannan, Outlander, Da la sa Damhair, and Rough Magik, and he has also worked on Gaelic versions of Macbeth and A Midsummer Night’s dream. His voice can be heard on various Gaelic cartoons.

Mairi Campbell, already announced as part of the cast for the show, has received six national music awards including Instrumentalist of the Year (2017), Tutor of the Year (2016) and Scots Singer of The Year (2008) at Na Trad Awards. Her voice has been heard worldwide thanks to her version of Auld Lang Syne, with David Francis as the Cast being used in the pivotal New Year’s Eve scene of the blockbuster movie Sex and the City. Mairi’s portfolio encompasses concerts, music theatre productions and education work. Her own show Auld Lang Syne is coming to An Lanntair in January and her voice can currently be heard in the venue’s #winterinthewild campaign trailer.

Laura Cameron-Lewis (Director) trained at Dartington College of Arts and is a former artistic director of Fringe First award-winning company Highway Diner, creating shows for the Arches and the Traverse among other venues. She worked as Assistant Director on the Royal Lyceum Theatre’s 2016 production of The Iliad, and has worked as a director with Shona Reppe, Camille O’Sullivan and Jenna Watt.

Andrew Eaton-Lewis, Producer of Soil and Soul, said: “We are delighted to confirm this cast of incredibly gifted and experienced performers. All five of our cast were already familiar with Alastair’s book and are excited about the potential of this project. We feel very privileged to have them on board as we begin to explore the possibilities of Alan’s script and prepare to share it with an audience for the first time.”

Soil and Soul’s high profile admirers include Thom Yorke of Radiohead, journalist and activist George Monbiot, who has called it “a world-changing book”, and Ricky Ross of Deacon Blue, who has described Alastair as “a living prophet”. The Sunday Herald likened Soil & Soul to Naomi Klein’s international bestseller No Logo.