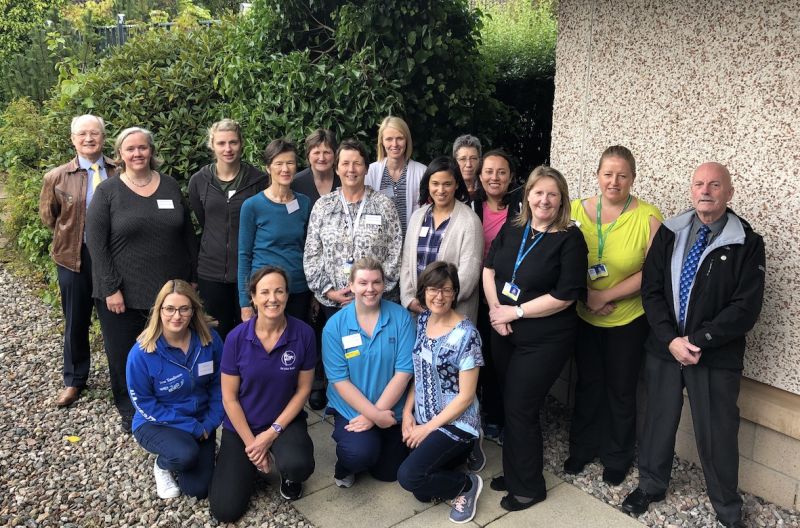 The technique, originally intended for Olympic athletes, is designed to enable patients with certain cancers and other conditions to live a more normal life by bringing significant relief during or after their treatment.

Among those attending the course were staff from Barra, the Uists, Harris, Lewis and Inverness.

The training course follows a similar event attended by health professionals from Aberdeen, Glasgow and Edinburgh, given in the capital earlier in the week.

The training was provided by representatives of the Jane Tomlinson Appeal, a Leeds-based charity that is rolling-out the training nationwide.

Jane Tomlinson was just 36 when, in August 2000, she and her family received the devastating news she had incurable breast cancer, ten years after the cancer first affected her.

Over the next seven years, as she defied her diagnosis, Jane went on to achieve what many people might struggle to in a lifetime - surmounting increasingly difficult athletics challenges, capturing the attention of people across the world, and raising over £1.85m for charity.

She also founded what was to become her lasting legacy, the Jane Tomlinson Appeal. To date, through the Appeal and its Run-For-All events, over £10m has now been raised.

Both events in Stornoway and Edinburgh were sponsored by the Hebridean Men's Cancer Support Group.

A spokesman for the Group said “This technique is a relatively fast, simple and drug-free means by which trained staff may bring rapid, effective relief to certain patients whose physical condition interferes with their ability to live normally.

“In one case, a lady with cancer whose condition severely restricted her lifestyle was able to eat normally again and even to attend her children's sports day, after undergoing this procedure.

“The staff attending the courses will be able to perform this technique, when appropriate, as soon as they return to their workplaces.

“As a result of these two courses, there are now staff trained in the technique not only throughout the Western Isles, but also in Inverness, Aberdeen, Glasgow and Edinburgh, all places where cancer patients from the Western Isles may be sent for treatment or support.

“We are delighted that this technique is now available to help both male and female patients in the Western Isles, and all patients in major centres of cancer treatment throughout the rest of Scotland.

“We are extremely grateful to the Jane Tomlinson Appeal for making this training available to us, and to the staff of the Western Isles Hospital for arranging the event in Stornoway.”