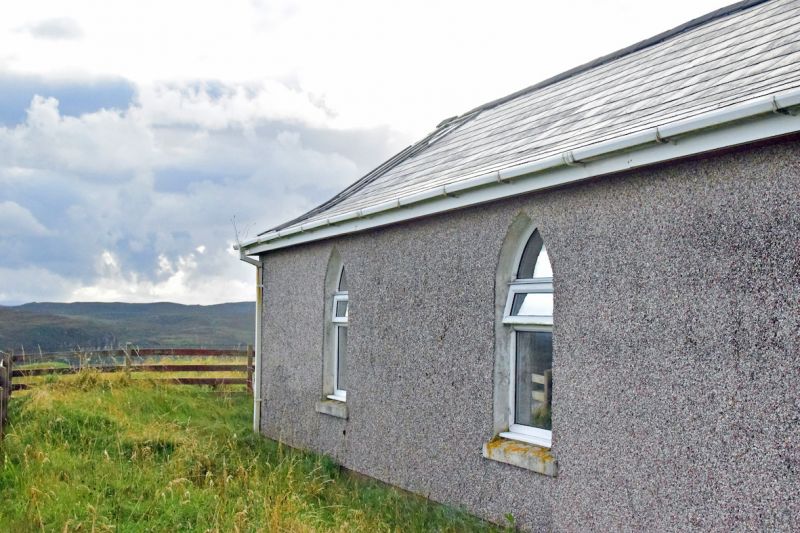 Ex-Meeting House to be sold

The former Leurbost Meeting House is to be sold to raise valuable funds for the North Lochs community.

The Leurbost Meeting House like others in the parish was built in the 1920’s as a central meeting point within the community; it was used, almost exclusively, to hold prayer meetings up until the new church hall was built at Crossbost in 2000.

From this time onwards the building became somewhat redundant and although the ground the Leurbost Meeting House was on, had been resumed from crofting tenure, title had never been taken and therefore the building could not be sold by the church.

Soval Estate became aware that both the Lochs Free Church and North Lochs Community Association were in great need of funding and following on from discussions with the relevant bodies the estate has generously offered to grant title for Leurbost Meeting House to the local community at no cost, in order that the building may be sold to raise vital funds.

On Wednesday 28th August 2019 Richard and Marie Kershaw were delighted to meet with community representatives to officially acknowledge the handover of the meeting hall. The estate has been in Richard’s family since 1951 and has undergone many changes over the years.  Richard and Marie are particularly proud of the new Soval Lodge at Valtos Farm which sits in a lovely discreet location with uninterrupted, spectacular sweeping views of Loch Erisort and the Harris hills beyond. Soval is let for 8 months of the year and provides valuable employment for up to 10 people living in the local community.

North Lochs Community association intend to use the funds towards planned upgrades at the Community Hall.

Lochs Free Church intends to use the funds towards improvements at the main church building and hall in Crossbost.

Richard and Marie Kershaw commented “We are absolutely delighted to have this opportunity to assist the North Lochs community.  The proceeds from the sale of the disused meeting hall will enable both of these organisations to make improvements to their premises which in turn will benefit all the North Lochs villages including Achmore, Leurbost, Crossbost, Ranish and Grimshader .“

Murdo Macleod, Session Clerk of Lochs Free Church said, “The community of North Lochs has, for many years, substantially benefited from the supportive approach taken by the owners of the Soval Estate and this gesture is a tangible demonstration of that support. We also wholehearted agree with the principle that, following disposal of the building on the open market, a portion of the proceeds be given to the Community Association to assist with the operation of the local Community Centre.

"Although the Meeting House throughout most of its existence was used almost exclusively for church meetings there was, at the time of its establishment, a view that it might be deployed for wider community usage, and the original Resumption Order of 1929 was more than likely granted on this basis. The proceeds will also help with continuing improvements at the main Church Building and Hall. We take this opportunity to sincerely thank Richard and Marie Kershaw and wish them and their family the very best in relation to their operation of the Soval Estate for many years to come.”

Annabel Mackay, Chairperson, North Lochs Community Association commented, “The proceeds from the sale of the mission house in Leurbost will go towards the planned upgrade of the North Lochs Community Centre,  ensuring the on-going use of the hall. On behalf of NLCA I would like to take this opportunity to thank Mr and Mrs Kershaw for their kind donation that will be benefit the whole of the North lochs community. “