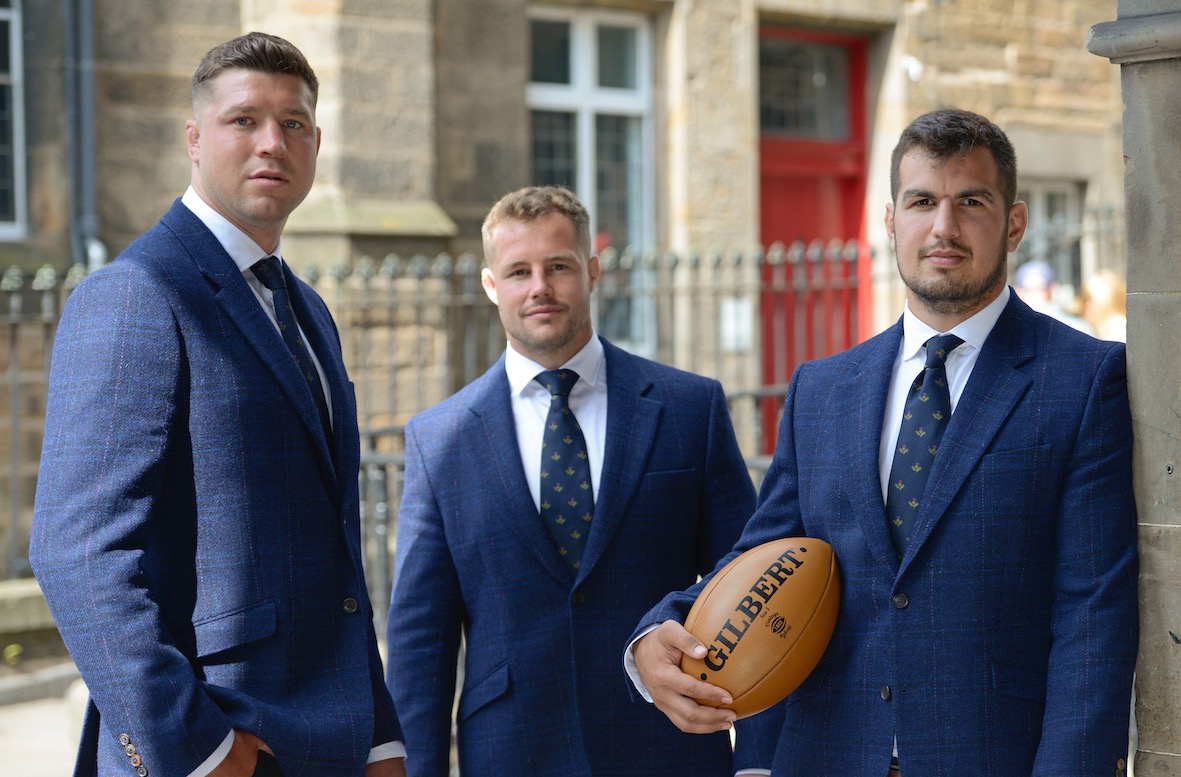 Scottish Rugby today (Thursday August 15th) announced Walker Slater, in conjunction with Harris Tweed Hebrides, will be the Official Formalwear Partner for the next two seasons.

The historic fabric has been applied to a bespoke tweed in keeping with the rich rugby heritage and colours associated with the national team and governing body.

Ken Kennedy, former head designer at Harris Tweed Hebrides in Shawbost, Isle of Lewis, created the custom tweed to incorporate navy, purple and green in an exclusive design launched in 2016.

The range of garments was a collaboration between Scottish Rugby, Harris Tweed Hebrides and the retailer Walker Slater, with a tailored blazer designed to be worn by the Scotland national team, Council and Board at official post-match functions.

"Harris Tweed is recognised globally as a quality product, so we're pleased to develop a shared international dimension and awareness of our brands around the world.

"Harris Tweed has a well-established presence in Japan and the United States, which are both key territories for us in broadening and deepening our supporter base."

In recent years Walker Slater and Harris Tweed Hebrides have worked with the Ryder Cup and the Scottish Football Association as well as a recent partnership with The Royal Edinburgh Military Tattoo to produce collections of garments and accessories.

The extended terms with Scottish Rugby are closely linked with the heritage and global reach of the two partners who share prominence and ambition in the USA and Japan, the host of this year's Rugby World Cup.

Paul Walker, Director of Walker Slater, said: "Walker Slater are proud to have designed the formal wear collection for Scottish Rugby.  The Harris Tweed Hebrides designed cloth is instantly recognisable featuring the deep navy of the squad's playing jersey, the blue of the saltire and the purple and green of the Scottish thistle. The modern cut is expertly tailored to each individual player."

Walker Slater have designed a bespoke Scottish Rugby collection in both men's and women's garments as well as a range of accessories.

Supporters will be able to purchase these at Walker Slater stores in Edinburgh, Glasgow and London and online at www.walkerslater.com