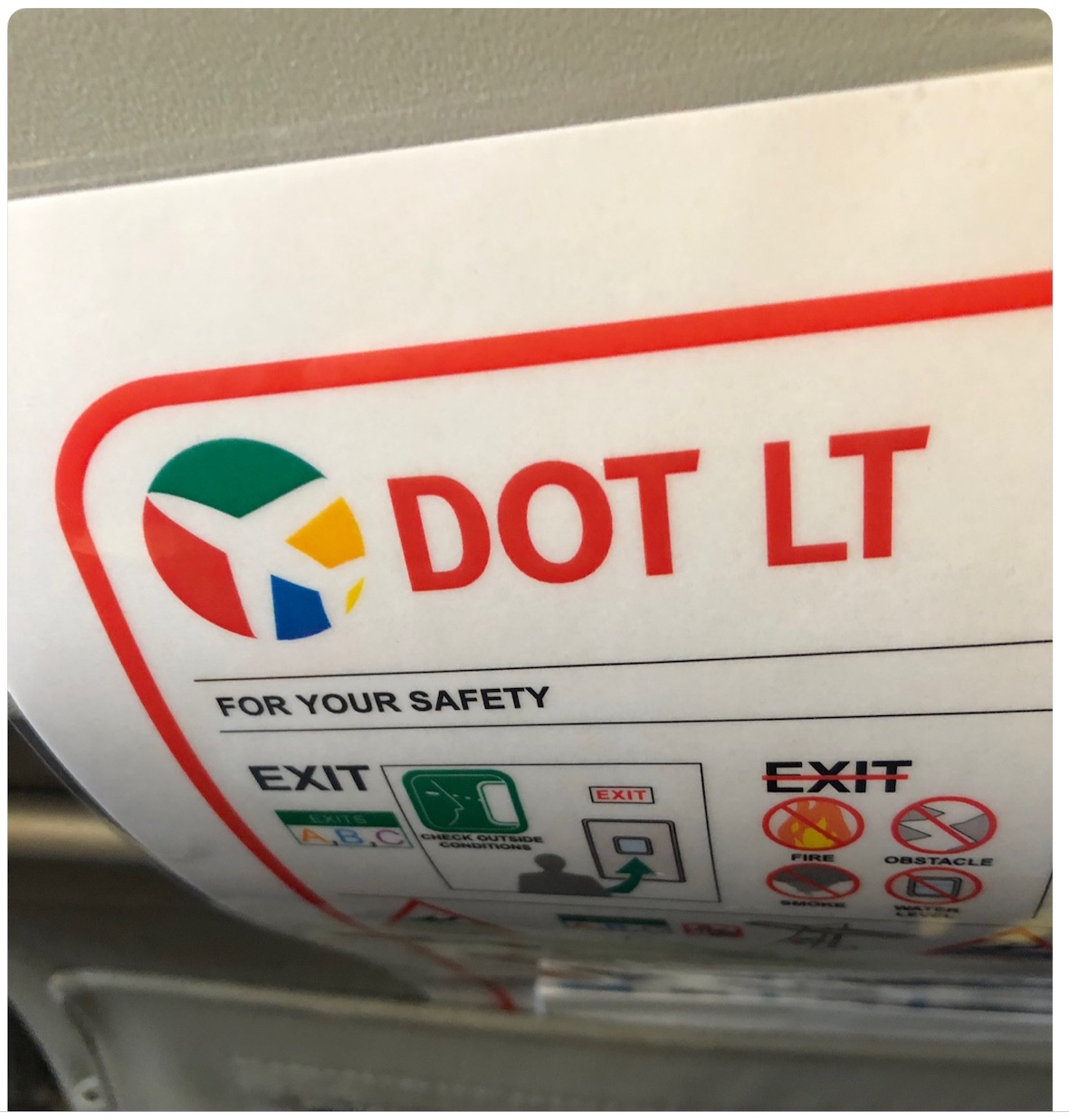 Loganair is leasing aircraft from another airline following the closure of its own sister airline flybmi.

Passengers travelling from Stornoway this week have found themselves on an aircraft operated by DOT LT, an airline based in Kaunas, Lithuania.

The airline was established in 2003 as Danu Oro Transportas with assistance from its majority shareholder Danish Air Transport (DAT).  In 2006 it was rebranded as DOT LT.

DAT is a Danish airline which has its headquarters in Vamdrup in southern Denmark, operating scheduled and chartered passenger and cargo flights.

DOT LT’s website states that the company has now grown to 10 aircraft and more than 90 staff.  It provides ‘wet-leasing’ of aircraft - Aircraft, Crew, Maintenance and Insurance or ACMI services – where an airline can pay for the lease not only of the plane but the crew and all aspects of the service.

DOT LT operates a Saab 340 plane similar to Loganair and also several ATR planes – based in Toulouse, ATR describes itself as the world leader in the market for regional aircraft up to 90 seats.

Earlier, Loganair confirmed it had stepped in to secure five air routes following the news that flybmi was set to appoint administrators;

All of the above routes were on sale from Monday 18th February at www.loganair.co.uk and through your local or appointed Travel Agent.

DAT is also starting an Aberdeen to Esberg service this month.

Jonathan Hinkles. Loganair Managing Director said: “It’s always really sad to see an airline go out of business, and our thoughts are with all those affected – particularly staff members.

“We are evaluating flybmi’s wider network and assessing routes which align with Loganair’s distinct geographical area and overall strategic plans.

“We are also working on employment opportunities for pilots, cabin crew and engineering support staff to strengthen the Loganair team.”

Loganair have been asked to comment about this latest development in Stornoway services.