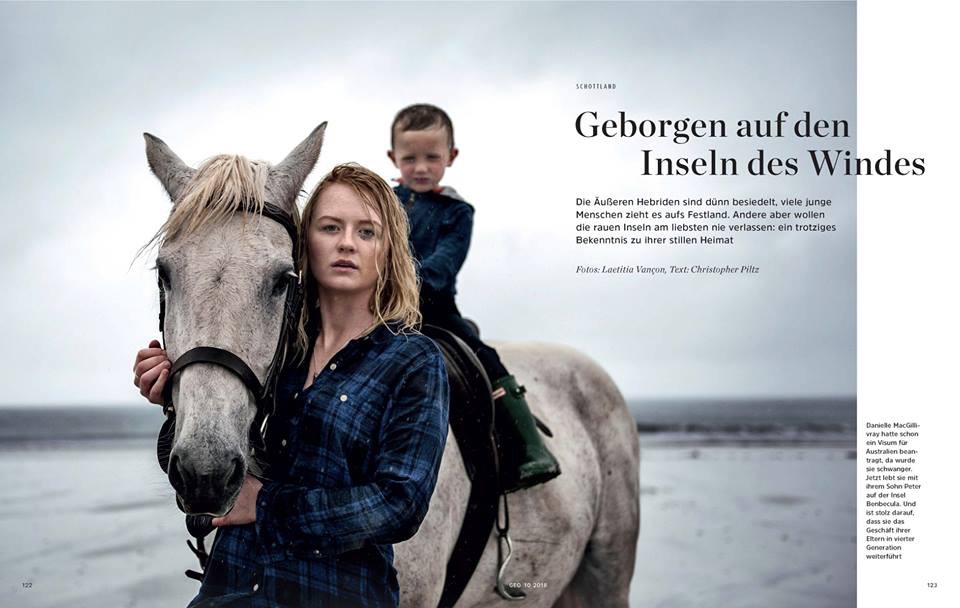 A 12-page display of photographs and text about the Western Isles is published this month in the magazine, GEO Germany, which has a format of using photographs and expert text similar to the US-published National Geographic.

The photographs were taken by the Munich-based, French-born photographer Laetitia Vançon who spent many months in the Outer Hebrides working on this project -"At the end of the day” - in 2016 and 2017.  Images from it have appeared in magazines, newspapers and exhibitions in several parts of the world since then.

While staying on Lewis, Laetitia also completed a project with youngsters at the Western Isles Foyer on Bayhead

Writing on her Facebook Page about the GEO dispay, Laetitia says: “I could not be happier! A stunning publication of 12 pages from my work "At the end of the day", with an intimate text from Christopher Piltz and a gorgeous layout!”

GEO says it “was born out of – and remains until today – a vigorous and incomparable mixture of the power and magic of the photograph coupled with the indelible impact of meticulously researched articles.”