Ferry disruption looks set to continue into a third day at Tarbert, with the pier out of commission while a stricken fish-farm cargo vessel is tied up awaiting safety clearance.

CalMac has advised that ferry services will continue to run between Uig and Stornoway tomorrow (Tuesday 18th September), with an amended timetable as follows:

There will be a review on Tuesday regarding the 18:30 departure from Uig to Tarbert.

The damaged vessel Fame this afternoon (Monday 5pm) remains at the pier with a second vessel, Harvest Caroline II, alongside.

She’s capable of carrying the same cargo as the Fame, which offloaded her cargo of salmon food onto the pier on Sunday as part of the attempt to raise her in the water for repairs.

Maritime and Coastguard Agency inspectors are heading for Tarbert from Glasgow today (Monday September 17th) to inspect the fish-farm cargo vessel Fame, which is tied up alongside the ferry pier after running aground yesterday (Sunday September 16th).

The damaged vessel is now blocking all ferry traffic to Tarbert, causing CalMac to re-route the MV Hebrides for the whole of the day today. The full revised service – now operating between Uig and Stornoway – is at https://www.calmac.co.uk/service-status.

Whether the disruption continues will depend on the outcome of the inspectors’ visit, with the damaged vessel unable to move until passed safe. It has been holed below the water-line, and locally-based commercial divers yesterday carried out a temporary repair in the harbour at Tarbert after the Fame and another fish farm vessel had pumped a substantial amount of water out.

Depending on the outcome of the inspection, the vessel could be moved under its own steam, or may have to wait to be towed from the pier. Further repairs could also be needed before it is safe to move.

It’s not known why the vessel went aground in East Loch Tarbert yesterday morning, with no unusual weather conditions or exceptional low tides at the time of the incident. Emergency services including fire and Coastguard teams were called to help after Stornoway Coastguard received a call for assistance around 6.15am. Stornoway RNLI Lifeboat was also tasked to stand by as the Fame was secured within Tarbert harbour.

CalMac has created a revised timetable for today’s services on the Uig triangle route, attempting to  give as much notice as possible to those travelling to and from Harris and North Uist. The Lochmaddy-Uig service has been revised and an extra service was added early this morning (Monday September 17th), with the evening service delayed to 9pm as a result of revised arrangements for Tarbert.

The 2.10pm sailing from Uig to Tarbert will now head to Stornoway instead and is expected to arrive at 5.10pm. The 4.20pm sailing from Tarbert to Uig has been cancelled. An alternative sailing will operate from Stornoway to Uig at 5.40pm, expected to arrive in Uig at 8.40pm.   Foot Passengers will be provided with minibus transport from the Tarbert office at 4pm, to catch the 5.40 sailing to Uig from Stornoway. This minibus will then return to Tarbert with any passengers that have travelled over from Uig to Stornoway. Foot passengers requiring transport from Tarbert to Stornoway, or vice-versa, should contact Tarbert Port Office on 01859 570376 (option 2).

A CalMac spokesman said that Stornoway port was well able to cope with the additional traffic. He said: “Considering that this was a purely reactive situation to the sudden loss of availability of Tarbert as a port, we did the best we could for passengers and are continuing to act as best we can to create the best arrangements for our customers.
“95% of those who have travelled with us since yesterday have been very accepting and understanding of why Tarbert is not available to us, although there are always those who will have comments to make.”

He said that they were dealing with the situation on a day-by-day basis and would continue to publicise any revised arrangements as well in advance as possible. 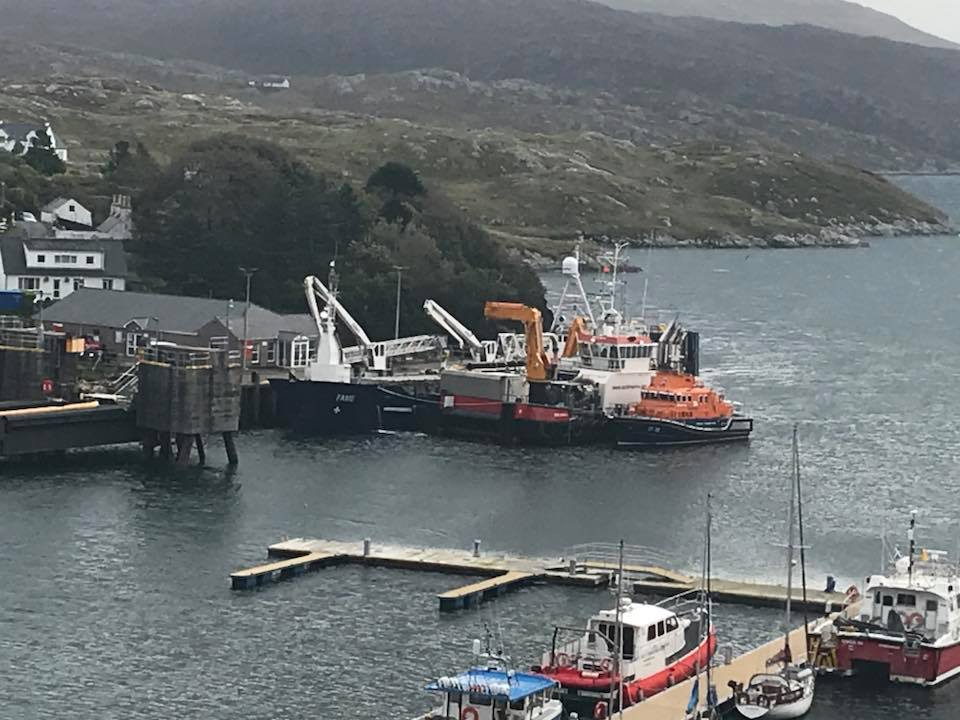 A fish-farm vessel carrying fish feed ran aground just after 6.15am this morning (Sunday September 16th) in East Loch Tarbert.

As a result, CalMac ferries are unable to dock in Tarbert and the service is diverted to Stornoway.

Stornoway RNLI lifeboat was launched at 6.22am yesterday and tasked to the scene, where the Norwegian-registered fish-farm support vessel Fame was found to have sustained damage.

There was some damage to the vessel, but the crew are safe and well and there is no pollution risk.

Once the Fame was safely back alongside at Tarbert, the boat was inspected by commercial divers to see whether she can be moved without risk.

As a result the CalMac ferry service from Uig was unable to dock in Tarbert and was diverted to Stornoway on Sunday (16th September).

According to CalMac Ferries, the 14:15 sailing from Uig-Stornoway departed at 15:10 (55 minutes late). The estimated time of arrival in Stornoway is 17:50.

The 16:25 sailing from Tarbert to Uig was cancelled. An alternative sailing was operating from Stornoway to Uig at 18:40, pictured below departing Stornoway in line with that schedule.

The 18:35 sailing from Uig to Tarbert (via Lochmaddy) was cancelled as the vessel will not be continuing to Tarbert..

The 07:20 sailing from Tarbert to Uig on Monday 17th September has been cancelled.

All traffic has been transferred to the 07:00 sailing from Stornoway to Ullapool.  Latest check in 06:15.    A minibus will depart from outside the Tarbert office at 05:30 to transport any foot passengers over to Stornoway to catch the 07:00 sailing. Any passengers requiring onward travel from Ullapool to Uig should advise port staff in the morning

The 14:10 sailing from Uig to Tarbert will divert to Stornoway. The estimated time of arrival in Stornoway is 17:10.

The 16:20 sailing from Tarbert to Uig has been cancelled. An alternative sailing will operate from Stornoway to Uig at 17:40. Estimated time of arrival in Uig is 20:40.

Foot passengers requiring transport from Tarbert to Stornoway, or vice-versa, should contact the Tarbert Port Office on 01859 570376 (option 2). 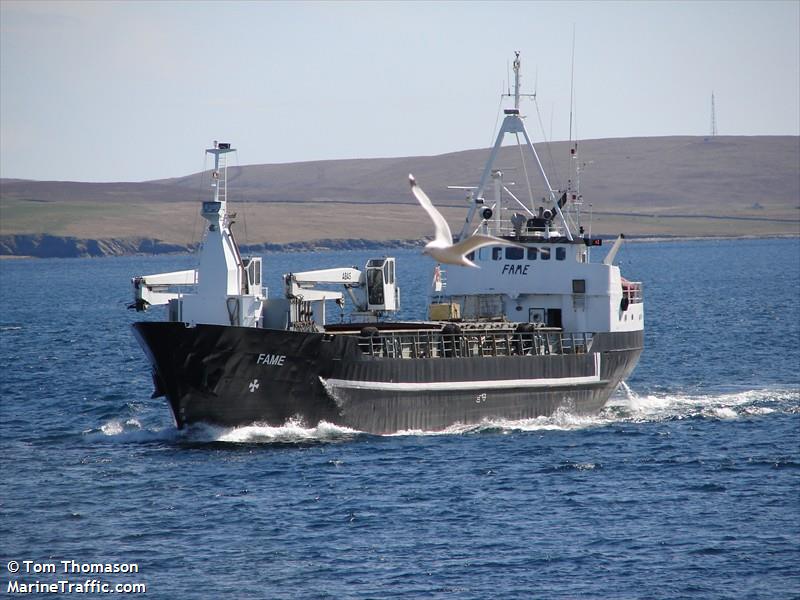