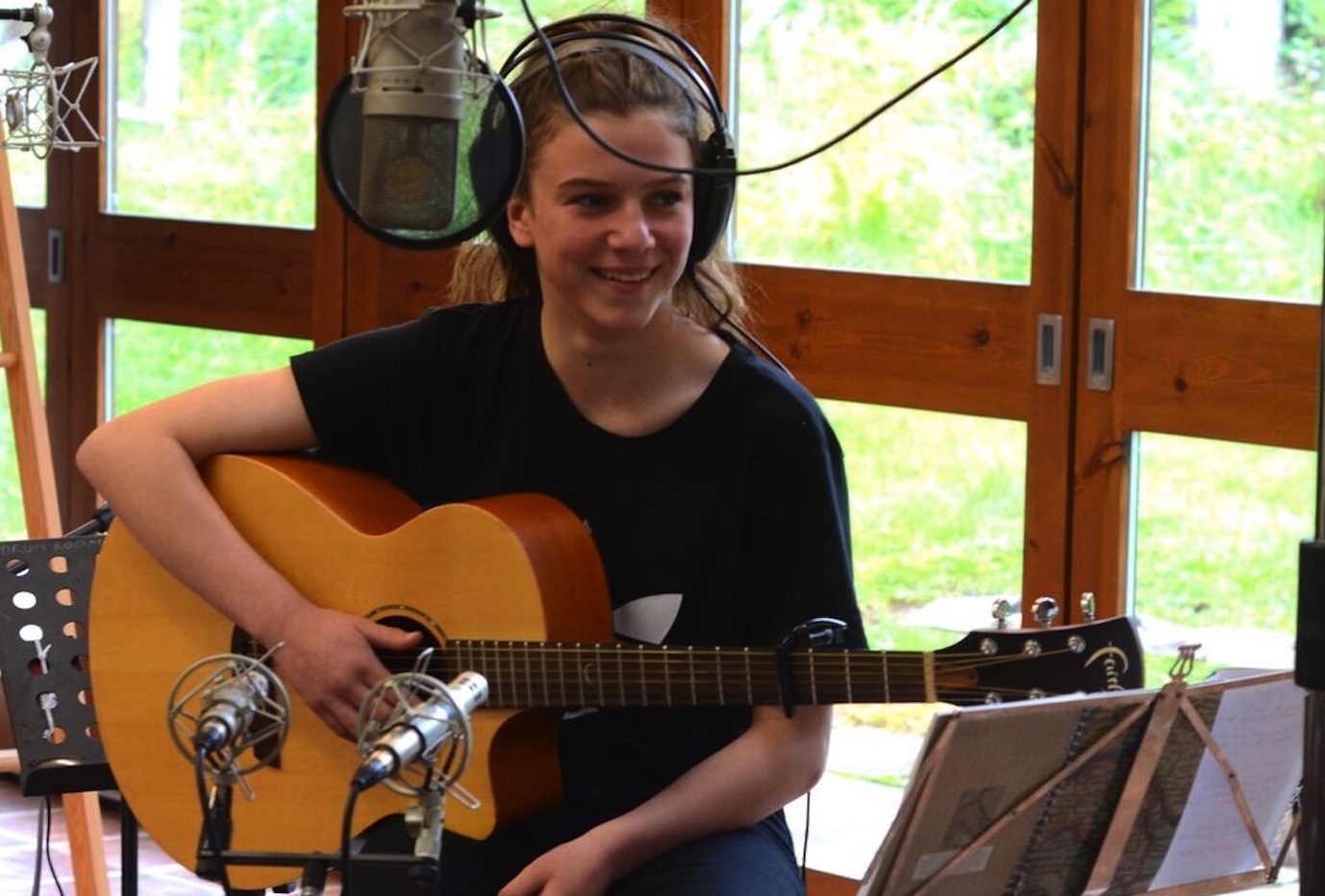 Lewis singer-songwriter Rosie Sullivan is preparing for a performance of a lifetime, as well as a long journey!

Rosie , 16 , has been chosen to play one of her own songs at the Royal Albert Hall in London on Wednesday November 7.

She is a pupil at The Nicolson Institute and came even earlier to the songwriting scene.  When she was 12 she won a national songwriting competition and as a result played to more than 8,000 people at Wembley Arena in 2016.

She is performing this time at the Music for Youth Proms. The Proms concerts are a celebration of the entire Music for Youth annual season, showcasing high quality performances from some of the UK’s most creative, innovative and energetic young musicians.

The spectacular finale to the year of Music for Youth events – each night 1000 different young musicians take part in a concert like no other: full-scale orchestras showcased side by side with some of the brightest young jazz bands, chamber groups, rock bands and choirs from across the UK.

Rosie is one of only a few young people from Scotland performing at this concert and she is looking forward to the event with relish.

Fellow young Scottish talents Age-otori and Millie will be on stage performing two other songs with her.

“I can’t wait, this is a fantastic opportunity to sing my song “Space” in such a famous and amazing venue. I love performing at live events and this will just be a wonderful end to a really busy and successful year.”

Her song “Space” reflects the feeling and effects on a young person when they are struggling with their mental health, and how hard it is for people to often see this and appreciate how difficult it can be to talk openly about personal issues, even to those closest to them.

“A friend of mine had been really struggling personally and I think this song kind of describes how hard it can be inside your own head sometimes and this is what inspired me to write the song” said Rosie.

Rosie recently played at the Belladrum Festival as well as at her début appearance at HebCelt festival in Stornoway. Her second EP “Space” is due for release in October.

Rosie will also be playing the Creative Scotland youth event UNCON 2.0 in September 22nd in Perth Royal Hall after being selected for assistance from their Nurturing Talent fund.