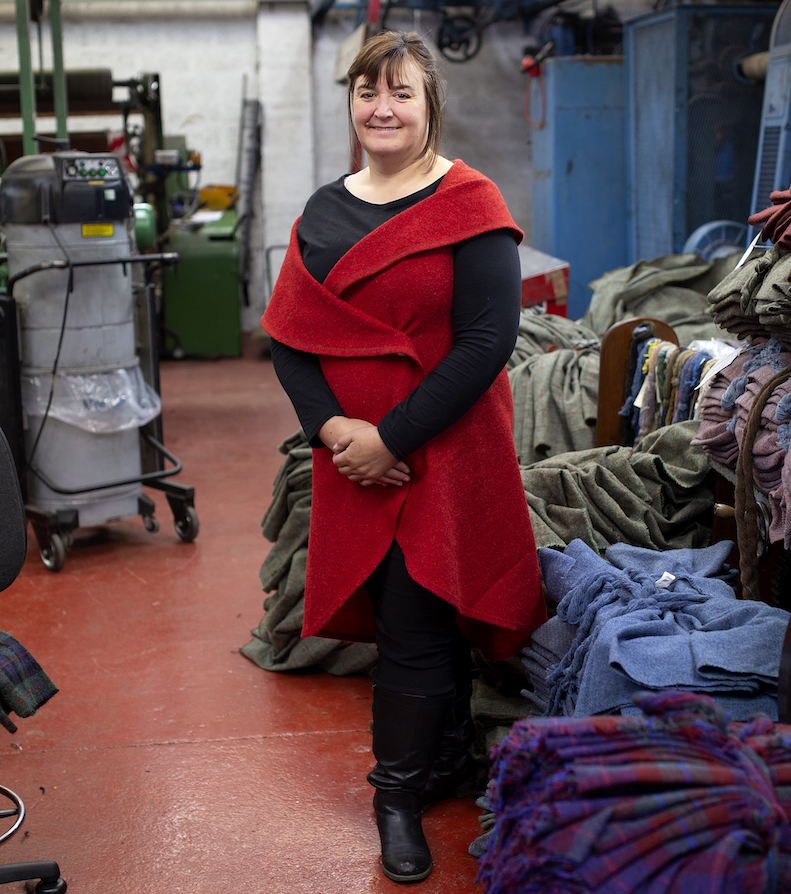 The boss of the Carloway Mill - pictured above in the mill - has returned from a major craftsmanship exhibition in Venice after being invited to be an exhibitor.

Mill director Annie Macdonald made the trip to the inaugural Europe-wide “Homo Faber” craftsmanship event.  She was invited to represent the Carloway Mill after a film crew from the Michaelangelo Foundation visited earlier in the year and captured the history and workings of the very traditional mill.

The Michelangelo Foundation for Creativity and Craftsmanship is an international non-profit entity based in Geneva that celebrates and preserves master craftsmanship and strengthens its connection to the world of design.  The foundation has worked with the mill for the last two years and Annie says their support is because they consider the mill workers at Carloway to be true craftspeople.

The event title comes from the Latin expression "Homo faber suae quisque fortunae"(Every man is the maker of his destiny).  Homo Faber is an expression that was first coined during the Renaissance and it is said to capture and celebrate the infinite creativity of human beings.  The foundation says it provides a panoramic view of European fine craftsmanship but nevertheless has a singular undercurrent - what human beings can do better than machines.

Barbara Geary Truan, Secretary General of the Michelangelo Foundation, said: “Visitors were extremely touched by the story of Carloway Mill, of the connection it has to its stunning territory and to its faithfulness in making sure its traditions stay vibrant and relevant.

"The film brought tears to most eyes and the Michelangelo Foundation hopes that it will help generate business and spark renewal for the mill and the talented people who are a part of it.”

Carloway was the only Scottish entry to make it through to the Singular Talents section, recognising its craftsmanship and the work of its artisans.  Annie said the mill was considered unique because of the way they process Harris Tweed by hand and the old machinery that they still use and because, she freely admits, they are so traditional in their ways.

She explained: "The guarantee has run out on most of our equipment, but it is still running. The milling machine dates from 1892 and our washing machine was built in 1902.  Our carding machines are from 1956 and 1964.  Our newest machine is from 1992.  We are not what you would call modern, yet we still produce some of the finest Harris Tweed there is."

Annie said that the Venetians and their guests from around Europe learnt the Hebrides was a great place to live and that we adhere to our own culture, language and heritage and, she said, that we are an exceptional people.

She thanked the foundation for the "absolute privilege" of representing the talented people at Carloway Mill, and the Harris Tweed industry at such a prestigious showcase.

Summing up her visit to Venice and describing the exhibition as a shop window for the old way of making Harris Tweed, she said it was important to promote what they did, adding: "I am just a custodian of the mill and I hope to leave it in a better place than when I found it."

The Carloway Mill continues to feature at the exhibition at Giorgio Cini San Giorgio Maggiore Island in Venice until the end of the month.