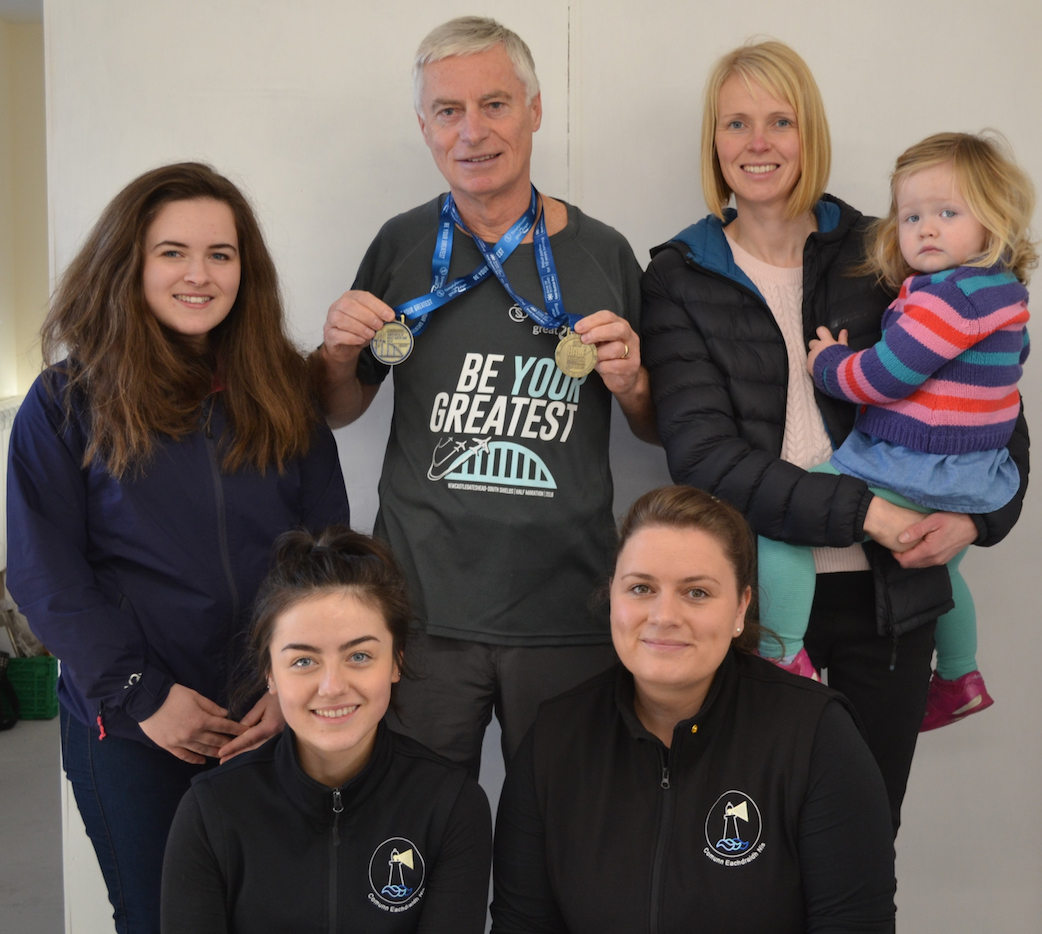 All the training and participation in two great runs has paid off for Charles Young of 7 Fivepenny, who has raised the fantastic total of £1366 in support of two Ness charities.

These are Comunn Eachdraidh Nis and Eoropie Dunes playpark.  The funds raised will be divided equally between the two charities.

The photograph shows Charles with his two great run medals accompanied by Careena Macleod and Johan Macritchie from Eoropie Dunes playpark along with Johan’s daughter Julie, and Donna Dorris and Mairi Morrison of Comunn Eachdraidh Nis.

Charles said “I’m delighted with the amount of money raised and am extremely grateful to the many people who kindly sponsored me in the two great runs. It was also pleasing and motivational to receive so much encouragement and support from so many people both before and after the two runs.”

Charles says he regards these two charities as being the jewel in the crown, not only of the Ness community, but of the whole of Lewis and further afield.

Charles said: “The service that Comunn Eachdraidh Nis and Eoropie Dunes playpark provide is much needed both now and particularly in the future.

“I am very impressed by the hard work and dedication of their small team of staff supported by the many volunteers who add that little bit extra for the benefit of the local community.  The standard of facilities that these two great Ness charities provide is excellent, but I know that it doesn’t come cheap.

“CEN’s expansion plans will require a lot of investment and ongoing upkeep, and the maintenance costs of Eoropie Dunes playpark are a major challenge.

“I’m pleased that Ihave been able to support both charities and also further raise their profile through my endeavours in the two great runs.”

Donna Dorris said: “We are so grateful that Charles choose Comunn Eachdraidh Nis as one of his charities. The money will go towards CEN’s ongoing renovations. A huge thank you again to Charles and to all who sponsored him!”

Johan Macritchie of Eoropie Dunes playpark said: “We are indebted to Charles for choosing Eoropie Play park to fundraise for.  The money he has raised will greatly help with the costs of installing toilet facilities, and also to make parts of the play park more accessible for. wheelchairs. Thank you so very much Charles.”