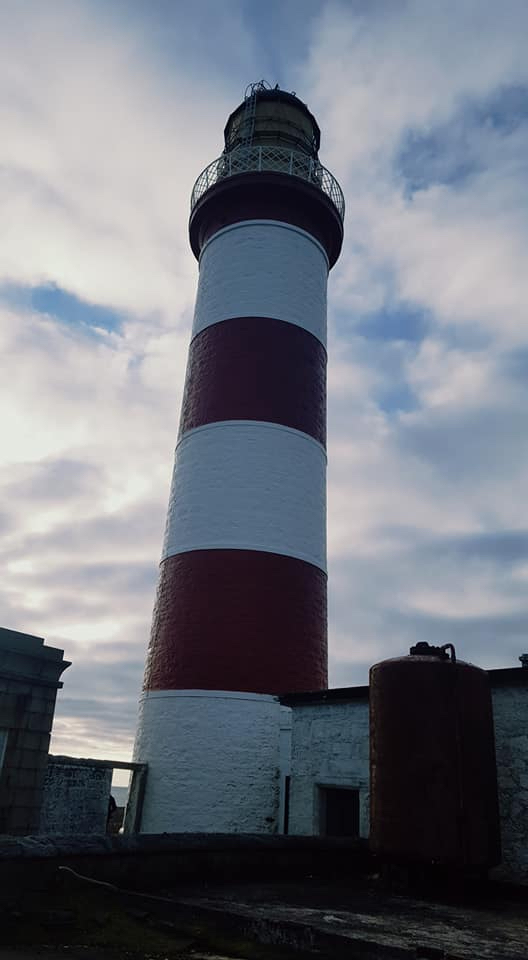 Today (Tuesday January 29th) is the closing date for contractors bidding to win a major contract from Northern Lighthouse Board (NLB), for the  upgrading and modernising of Eilean Glas lighthouse in Scalpay.

Would-be contractors travelled to Scalpay on 15th January on a site visit hosted by NLB, to view the buildings and get the measure of the work involved.

NLB is seeking contractors to complete a major upgrade, which includes decommissioning and removing the obsolete sealed-beam optic lamp array to be replaced with LED optic technology. Similar work has already been carried out at other Western Isles lighthouses including Tiumpanhead.

The electrical upgrading works will be complemented by complete refurbishment and decoration of the lighthouse tower and adjoining buildings housing the battery room, control room and welfare/mess building.

A specific requirement of the contract is that all materials have to be taken to, and removed from, the site by ship and helicopter as road access is not adequate.

"As well as the lighthouse tower, the adjoining building which houses our control room and the bothy will be fully refurbished and redecorated both internally and externally.

"Eilean Glas lighthouse is an iconic and valuable part of the community and has been guiding mariners safely through Scottish waters since 1789. It's vital, therefore, that we carry out this major upgrade to ensure the lighthouse continues to serve the mariner for many more years to come."

After today’s tender deadline has passed, NLB expects to appoint contractors in time for works to start on site on 28th April and to be completed by 23rd November this year.

Eilean Glas is one of the oldest lighthouses in Scotland. The current tower built in 1824 under the direction of engineer Robert Stevenson, the first of the famous lighthouse engeineer family. The distinctive red bands identify the tower as a day mark as well as a lighthouse.

The lighthouse is a popular landmark for islanders well beyond Scalpay. In July 2018 it was the start point for a charity cycle and in January last year the location for a multi-agency emergency rescue exercise.