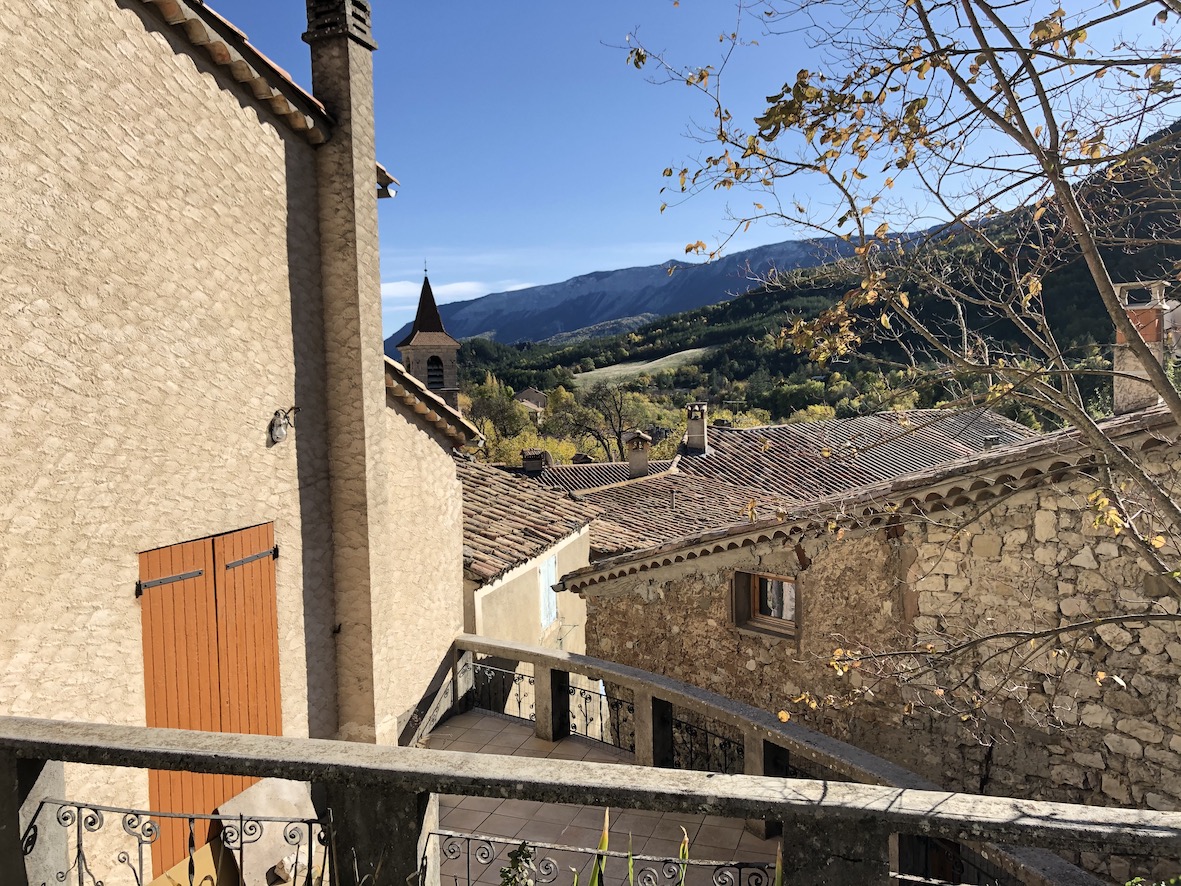 As part of welovestornoway.com’s aim to give readers an insight into the impact of coronavirus in small communities across the world, Oliver Penrice, of Etoile St Cyrice, Hautes Alpes, Provence, tells how it has swept local traditions aside.

That very evening social distancing measures were announced, schools and non-essential businesses ordered to close and the public clearly instructed to stay at home.

Trips to the shops are permitted only if they are made by a single person in possession of a signed and dated document stating the purpose of their trip.

A friend in St Tropez was challenged by a gendarme for carrying flowers, which he deemed inessential.  She protested that the flowers came from the same shop as the food she was also carrying, and reason prevailed.

Locally there is no visible increase in police presence, my wife reporting that the only obvious abnormality, today (Monday March 23) was that the pharmacy was dealing with sales and prescriptions from a table outside the premises.

On Monday March 23rd that great institution, the French open market, was also ordered to close, although mayors may over-ride this ruling if they deem their market to offer the closest access to essential foodstuffs.

Trivial puzzles and paradoxes appear: my car will shortly need to take its biennial MOT test, for which it needs new headlights. The garage has the parts but is not allowed to open. The MOT station is also closed but its helpful proprietor told me that the government has set back all deadlines for three months. He was concerned not only for his present loss of income but by the prospect of a life of 12- hour working days to clear the inevitable backlog in the future.

In terms of daily life it seems that the quiet of winter will extend into the summer. Orpierre is normally transformed when its tiny population is swamped by those staying on its expansive campsite and mobile home park. While its closure will badly affect the summer trade of its one convenience store, the owners say that their local trade has been boosted as people prefer to shop locally. Its shelves are full.

Accidenté is the word the French often use to describe the landscape in which I live. It might translate as battered or fragmented.  A series of pre-Alpine mountain ranges, running from east to west, lie between the vineyards of the Rhone valley and high peaks of the real Alps. Life has never been easy here. On the hillsides a sparse clay soil clings to folded or crumbled rock and vegetation has to cope with seasonal extremes of temperature falling between minus twenty and the scorching forties. Local communities are used to tightening their belts and carrying on. 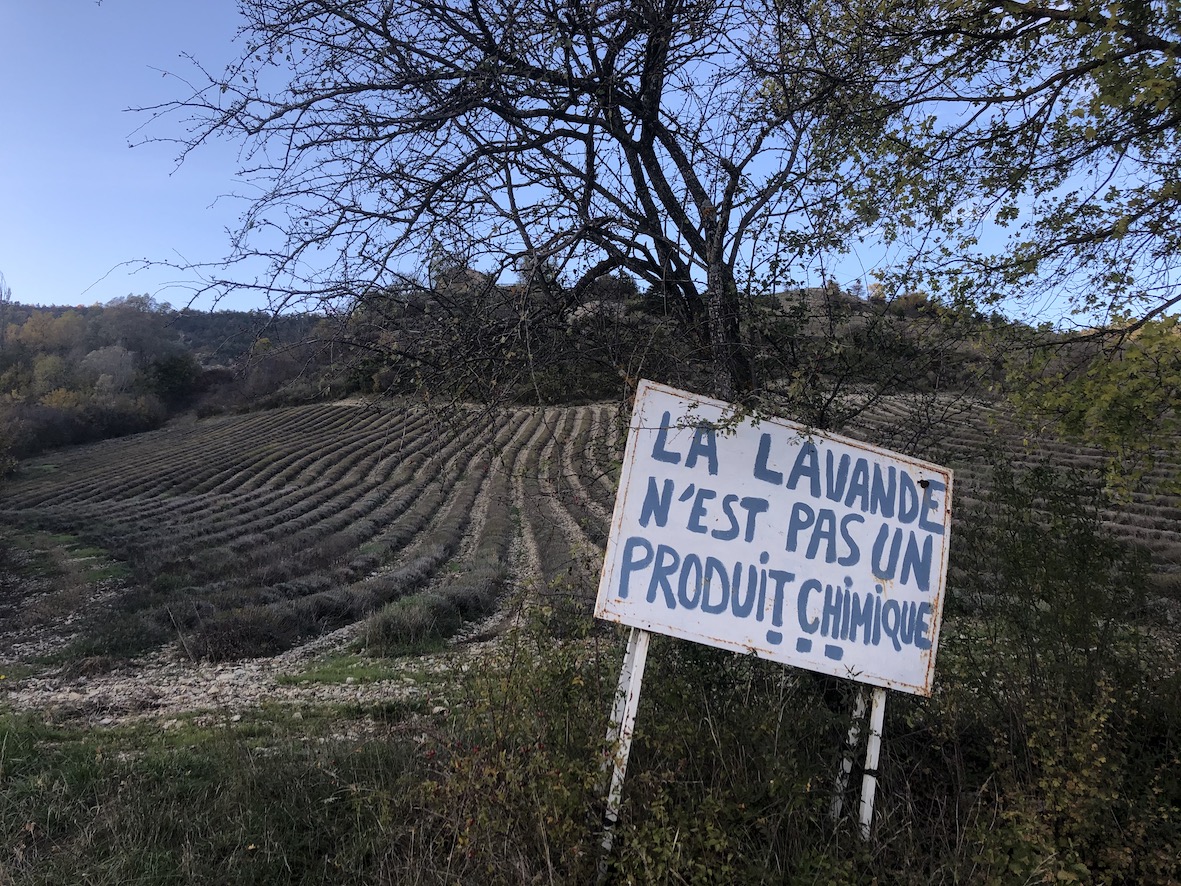 Some 15 years ago the normally hardy lavender crop failed disastrously, sending family members in search of whatever town work they could find. So far, though, the Covid 19 outbreak seems to have had little effect on agricultural life here. The farms are small and family run and, of course, the nation needs to be fed. But what of the parallel tourist industry?

Too high for ‘winter sun,’ and yet not high enough for winter sports, the area has a short season running, for most providers, between Easter and All Saints on November 1st. Since this is an area in which the dusty charms of Provence are clinging by their fingernails to rising hillsides, the tourist industry cannot sit idly by awaiting a surfeit of eager visitors. It is, though, home to resourceful specialists offering holidays to hang gliding and paragliding enthusiasts, sailplane pilots, rock climbers, cyclists and mountain bikers and even amateur astronomers. With a small population and little industry, its roads and tracks are quiet and its sky clear and unpolluted. In the weeks, and many feel months, to come this entire industry will be closed down unconditionally.

Some of these businesses, notably the larger hotels and campsites, run on a business model involving very high volume in the season and, in effect, hibernation in winter. Those who have borrowed against the season they are now unlikely to enjoy will be worried.  The smaller providers, because the season is so short and their investments are fewer, will be able to survive the coming summer in the same way that they do the winter. They tend not to rely entirely on the season but are either semi-retired or have other income.

Of one thing we can be sure, though. None of us here, whether in agriculture or in tourism, would trade places with those forced to endure social distancing in city apartment blocks. Our hardy, back-country environment is, this time, making life very easy indeed for its inhabitants.