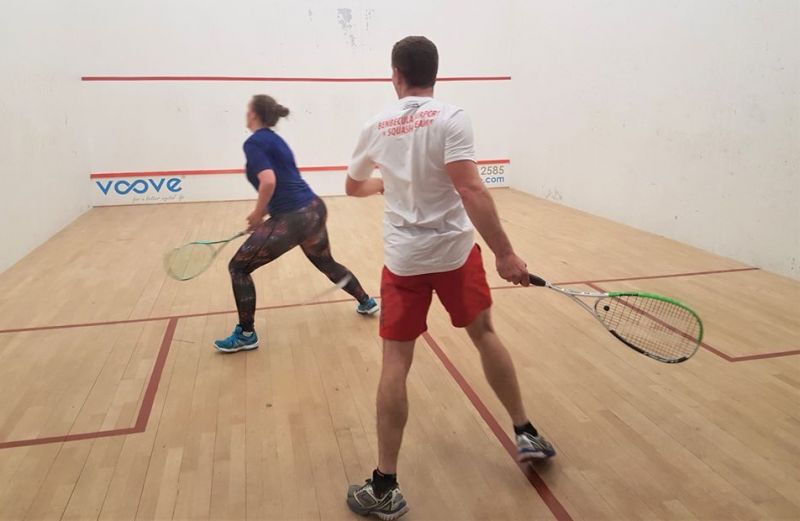 A band of enthusiasts are to make a bid for a new squash club for Stornoway in the New Year – after 15 years without a Lewis-based club.

The two courts at Lewis Sports Centre are in occasional use, but the formation of a formally-constituted club would bring a range of benefits for players, according to one of the prospective committee members.

Donald Maciver of Tolsta represented the Western Isles in the sport at the Shetland Island Games in 2005, but as far as he’s aware there’s been no club since then.

Now he and half a dozen others are to gather for their first AGM at Lewis Sports Centre on Monday January 6th, ready to elect a committee and get a new club off the ground.

Donald told welovestornoway.com today (Tuesday December 31st): “The advantage of having a regular club is that we can make block bookings and set regular times when people are available to play.

“We’re also hoping to attract new players, and perhaps to take part in competition in the future.”

Players from Stornoway, Point and the Westside already meet up by arrangement, and recently a team from Benbecula (Sguais Uibhist) came up for some competitive matches. The new club members would like to return the visit and also to repeat a trip over to Inverness where they met up with players from the mainland.

Donald said: “It’s a good idea with squash to find new competition so that you can continue to improve. If you choose people better than yourself it helps to improve your own skills.”

The club welcomes new players, especially women, and with squash racquets available for hire at the sports centre it should be easy enough for people to get started.

Donald added: “It’s not a hard game to start playing and you can very quickly get a good game. It gives you a good physical work-out and you get a sweat up, plus it’s a civilised game and you can fit it into an hour of your day – it doesn’t need to take all day, like some other sports.”

The AGM is open to anyone and starts at 6pm on Monday January 6th, at the squash courts at Lewis Sports Centre. Anyone who would like to know more can contact Donald on 07403 400893.

The picture shows members of Uist Squash Club at their courts in Benbecula.